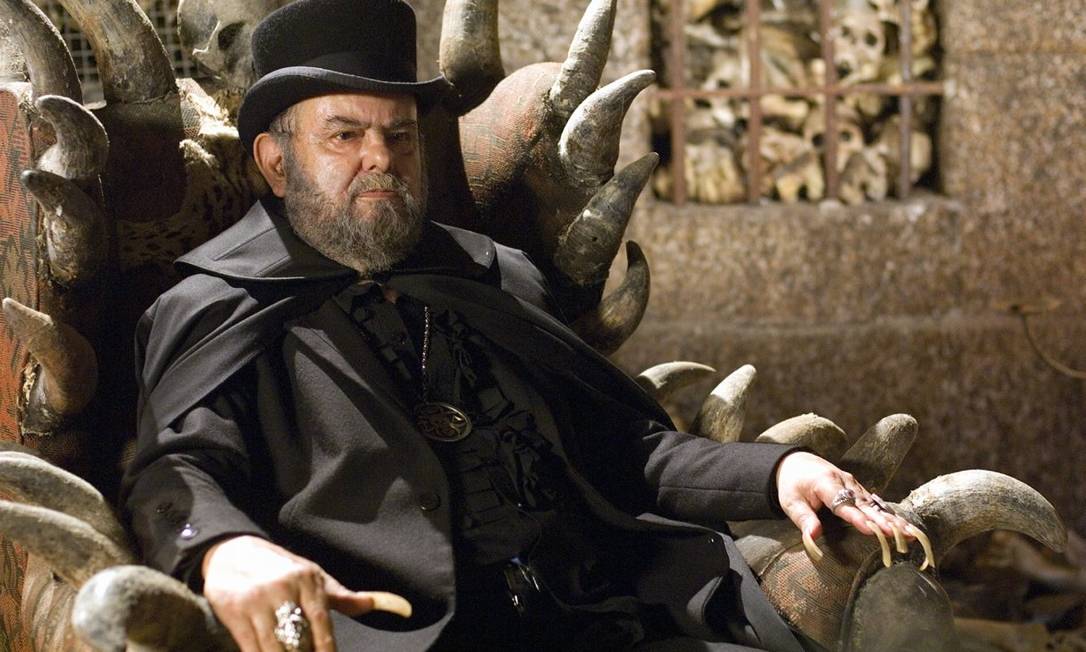 Curiosities: Son of a bullfighter, Zé do Caixão was born on Friday the 13th and even became a brand of cachaça

UK company One Eyed Films, which owns the rights to the character, has confirmed to Screen Daily that it has signed a contract with the Los Angeles film company.

According to the British company, the American producer will make “a more popular, accessible and updated version of the antagonist. Faithful to the public that already knows Zé do Caixão, but presenting the character to a new and wider audience”.

Since the release of “À Midnight Take Your Soul” (1964), when the character was played by Marins himself, Zé do Caixão has appeared in nine more films and three television series, as well as in songs, music videos and stories in comics.

The second project with the gravedigger will be a feature in Spanish, which is in the script phase, written by filmmakers Lex Ortega and Adrian Garcia Bogliano. Ortega will direct the film, which will reinvent a Mexican story for the character.

— It makes sense to create new stories both in the US — where “Coffin Joe” (the character’s name in American cinema) films have captivated a whole generation of horror fans since the 1970s — and in Mexico, where cultural analogies can be taken from the original scenario of the character, but creating a new approach — told the Screen Daily Betina Goldman, managing director of One Eyed Films.


Accident: Actor dies after being hit by scenery at the Bolshoi Theater in Moscow

Inspiration in a nightmare

José Mojica Marins died in February 2020, aged 83, as a result of bronchopneumonia. Throughout his career, he has participated in 40 films as a director and over 60 productions as an actor, including short films, features, documentaries and series.

It was during a nightmare, dreamed of in early 1963, that hell first beckoned to Marins. The director was then 27 years old and already had two feature films in his curriculum: the western “The adventurer’s fate” (1957) and the drama “My destiny in your hands” (1961). In the dream, he was dragged into a grave by a man all in black, who had his face.

In justice: Prosecutor asks Brigitte Bardot for a fine of 25,000 euros for racist insults

Upon waking up overwhelmed, with the image of that guy in his head, he created one of the most famous characters in the history of Brazilian cinema: the gravedigger Josefel Zanatas, known (and feared) throughout his 51 years of existence by the nickname Zé do Caixão. And with it, audiovisual production in Brazil opened its eyes to one of the most popular streaks in fiction: horror, a genre in which Mojica became a master, directing and acting.

The blackout of research in Brazil and its practical effects