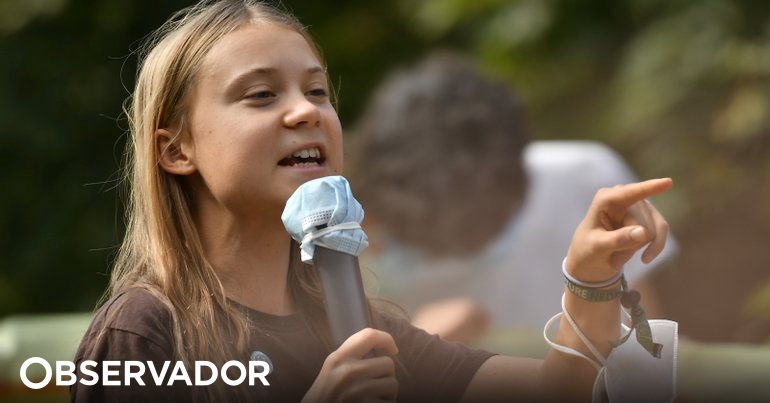 Swedish activist Greta Thunberg is “on hand” to meet Joe Biden at the United Nations (UN) climate summit scheduled for October 31-November 12 in Glasgow, Scotland. However, the young woman says that she would not change anything and that “it would depend on the situation”: “I don’t see why you want to meet me.”

In an interview with the Covering Climate Now portal, Greta Thunberg was also asked whether she would have a meeting with the President of the People’s Republic of China, Xi Jinping. Characterizing him as a “leader of a dictatorship”, the activist does not completely rule out a meeting, but leaves a barb to the Chinese regime: “Democracy is the only solution to the climate crisis.”

Still on the eventual meeting with Biden, the 18-year-old activist stresses that the Democratic Party’s climate plan is not a “solution to the climate crisis”. “Emissions still continue to increase”, he points out.

Furthermore, Greta Thunberg confirmed she will be at the Climate Summit in Glasgow, going back to what he had said, in April, when he assured that he would not be present protesting the unequal global distribution of vaccines. Not “everyone” being able to participate “on the same terms” was unfair, the young woman wrote on her personal Twitter account, stressing that “people cannot be vaccinated and cannot travel” is “undemocratic”. “Vaccine nationalism will not solve the pandemic.”

Of course I would love to attend the Glasgow #COP26
But not unless everyone can take part on the same terms. Right now many countries are vaccinating healthy young people, often at the expense of risk groups and front line workers (mainly from global south, as usual…).
Thread-> https://t.co/pr1u7TeZxn

At the summit, the Swedish activist will ask governments to be honest about what they “say to do” and what they “really are doing” in terms of environmental policy. According to the young women, politicians are trying to find “small symbolic solutions in order to make it appear” that they are doing something, but they are not really “facing the problem”. “We’re not cutting all emissions yet.”

Greta Thunberg further underlined that fossil fuel companies must be held responsible for “all the damage they have caused”, especially to people whose community “has been devastated by their actions”: “It’s the least they can do.”

In the interview, Greta Thunberg criticized the media, saying that she “failed” to publicize the “state of emergency” in which the planet finds itself. “There are many newspapers and journalists who are trying to do more”, he added, noting that the media “are a major source of hope now.”

And he gave an example, noting that the media treated the pandemic “as an emergency” and that it “changed social norms overnight”. “If the media decide to use the resources at their disposal [para a mudança climática], they can reach huge people, which would have huge and positive consequences.”