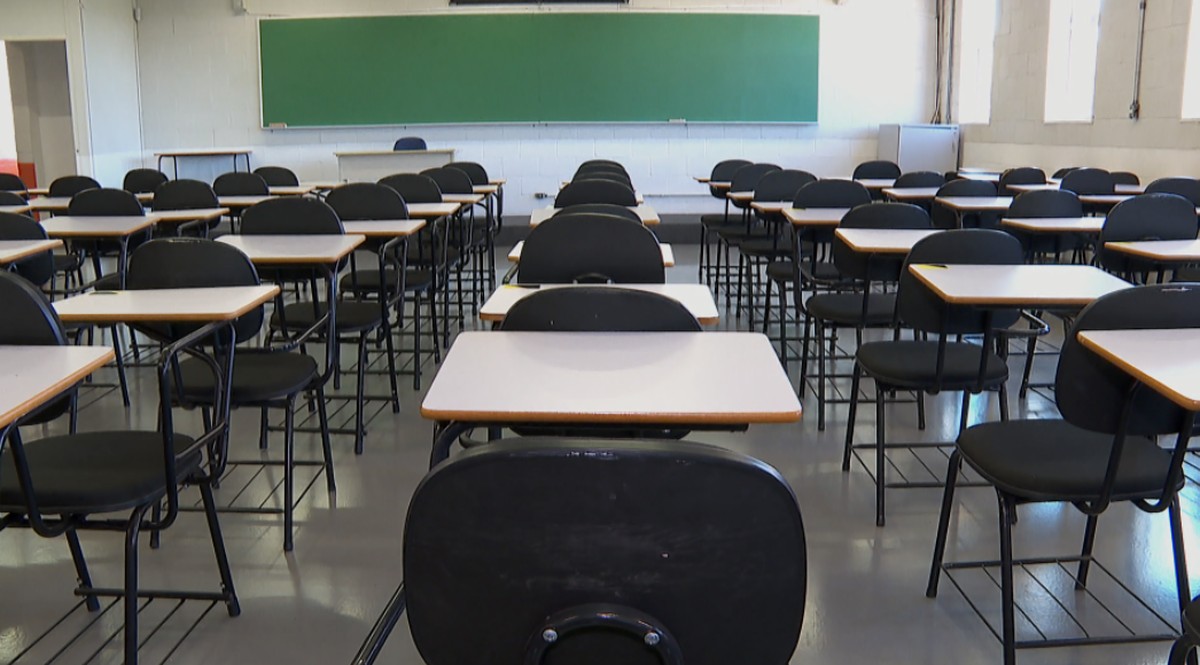 Thais Ayrala is 17 years old and is a student in the 3rd year of high school at Reverend Jacques Orlando Caminha D’Avila State School, in the South Zone of São Paulo. The young woman lives with her grandmother, who has diabetes, and her sister, who has respiratory problems.

Thinking about the health of the family, she does not intend to return to face-to-face teaching, even after the announcement by the government of the state of São Paulo that on-site classes are again mandatory for 100% of students as of next Monday (18th).

“At no time do I want to put my loved ones at risk. We can run the risk of repeating a year because of that. Still, I prefer not to put my family at risk,” she said.

“I take every precaution to protect myself and my family, but I don’t know if the other 46 students who study in my class are equally careful,” said Thais.

The requirement also applies to private schools, but they will have deadlines set by the Board of Education to adapt.

“We started with mandatory students on Monday. The Council will deliberate on the deadline for private schools. There will be a deadline in which the private school will be able to adapt to the rule. For municipal networks, the rule must be observed. of each council”, said the state secretary of Education Rossieli Soares, during a press conference held on Wednesday (13).

According to the secretary, students can only stop attending schools upon presentation of a medical justification, or those who are part of the defined exceptions group:

Unesco supports the government’s decision and says it is time to reopen schools, especially considering the damages of distance learning to learning.

“Nothing replaces face-to-face teaching and we know that many students and families had problems with connectivity and equipment for hybrid teaching. Vulnerable populations are unable to buy data packages and the support was not sufficiently well structured in Brazil, despite the effort Unesco has been warning about the catastrophe that distance learning can cause in learning, with very significant educational losses, including in the cognitive process,” said Marlova Noleto, director and representative of Unesco in Brazil.

Classes in schools in SP during the pandemic — Photo: Werther Santana/Estadão Content

Giovanna Moura is also 17 years old and studies at the same school as Thais. She attended in-person classes when there was a limit of capacity in the classrooms. “Not [pretendo retornar], I was already uncomfortable with the presence of only 70% of the students. Now then, a real chaos”, he stated.

“I live with my parents, who are almost 40 years old. Few patients of this age ended up dying. I try to preserve not only my health, but also that of those who live in the same place as me.“, he said.

“I intend to finish my studies this year, learn the things our teachers give us. If I don’t go to school, I may not be able to do it”.

“There are students who do not use the mask 100% until the end of classes. That won’t do very well, no. As we all know, this disease is still killing a lot of people. We are only immune from the first dose only”, he recalled.

Giovanna saw the government’s decision as irresponsible: “Only students who have health problems can stay at home. I witnessed healthy people dying from the virus”.

Nonetheless, the possibility of failing for absences made her rethink the decision not to comply with the obligation. “There are only two months left for me to complete my studies. In these two months, everything can change with this type of decision, the way will be, yes, to go to school”.

Although it determined the mandatory requirement for all schools next week, the measure can only be fulfilled in some units from next month, when the distance between the desks will no longer be required. This is because many institutions do not have the physical structure to serve 100% of students, keeping the distance between them.

In the public network, there are about 3.5 million students distributed in more than 5,400 schools throughout the state.

According to the secretariat, the distance between the portfolios will initially be maintained, but will no longer be required from November 3rd..

In August, the state administration had already reduced the distance from 1.5 meters to 1 meter.

O mask use by students and staff remains mandatory. for everyone, as well as the use of alcohol gel in schools and personal protective equipment by teachers and other employees.

In early August, the state government allowed the return to classroom classes with 100% occupancy, respecting sanitary protocols, which in some units required shifts of groups.

Despite the authorization, sending the student to the classroom was optional for parents.. At the time, city halls also had autonomy to define dates and opening rules.

The Union of Official Education Teachers of the State of São Paulo (Apeoesp) considered the measure unnecessary, unreasonable and dangerous.

In the assessment of Apeopesp, schools are unable to comply with security protocols against Covid.

The union also claims that in several institutions there are no cleaning workers to guarantee the hygiene of the units.

Vaccination in the state of SP

This Monday (11), the state of SP reached more than 80% of the adult population with a complete vaccination schedule.

According to data from the Vacinometer updated until 6:42 pm last Wednesday (13), 67.1 million doses were applied in the state, which represents:

In September last year, the state resumed classroom classes during the pandemic, but maintained a limiting percentage of 35% of students enrolled per day.

During the emergency phase, in March of this year, the institutions were only open to care for children in a situation of greater vulnerability and to offer lunch.

In April, schools were freed to receive students again, as long as the maximum capacity was maintained at 35%.

BACK TO SCHOOL IN SP: Students sit in separate desks at the Thomaz Rodrigues Alckmin State School, in the Itaim Paulista neighborhood, on the East Side of the city of São Paulo, this Wednesday morning (7) — Photo: Werther Santana/Estadão Conteúdo