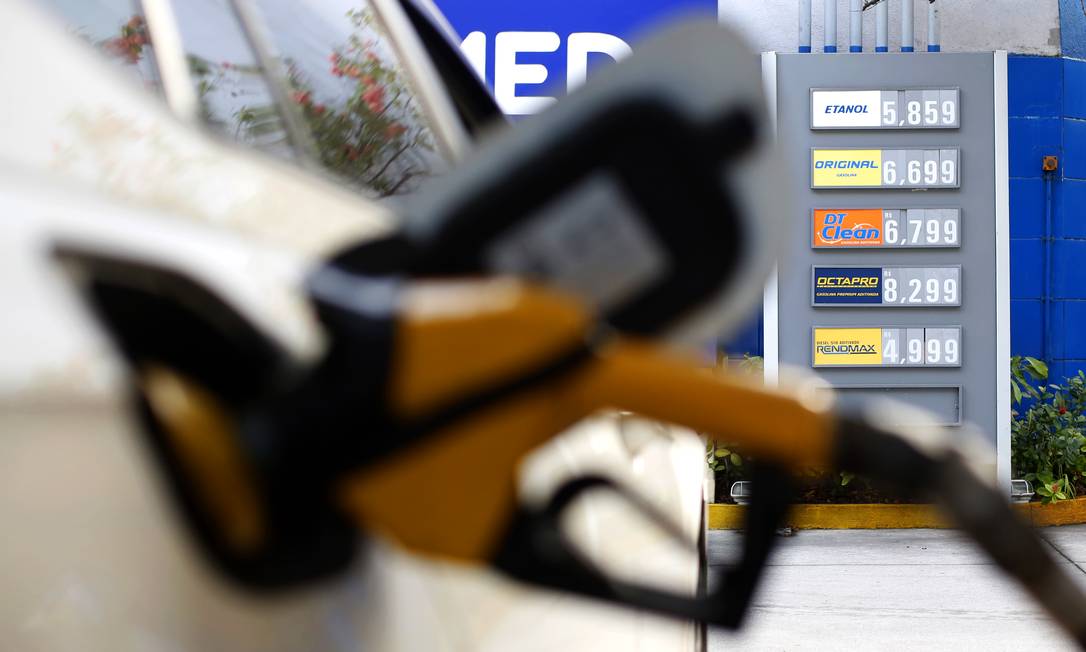 BRASILIA – On a trip to the United States, Economy Minister Paulo Guedes defended this Wednesday that the government should sell Petrobras shares when the price of fuel rises and distribute the money resulting from this sale to the poorest.

— I’m not even going to talk about the wealth that exists, I’m going to talk about a wealth to be created, that I want to distribute with the weakest. Imagine the following. When the price of fuel goes up, the fragile ones are struggling, aren’t they? What if I sell Petrobras shares and give them these resources? — Guedes said at a press conference in Washington, where he participates in the annual meeting of the International Monetary Fund (IMF).

The minister, who has always defended the privatization of Petrobras, stated that the distribution of profits from the company’s shares could be an alternative to offset the readjustments.

The inflation of each:See how much your shopping basket has risen in a year

— Every time the fuel goes up, you have Petrobras shares worth more, you sell a little of these shares and let the poorest people buy natural gas. That when the price of natural gas and oil rises, a part of the wealth that Brazil has goes to the poorest,” he said.

Brazil wants to be a ‘green power’, says minister

In the interview, the minister also stated that Brazil should announce a financing line of US$ 2.5 billion with the New Development Bank (NDB), linked to the BRICS bloc, to finance sustainability actions.

Climbing:From the barrel to the pump, how did the price of a liter of gasoline reach R$7?

— It’s a program… It will have, for example, as its axis, a help from the NDB (the acronym in English), which is the bank that is chaired by a Brazilian, Marcos Troyjo. We are going to try to announce something around 2.5 billion dollars as the axis for changes in sustainable infrastructure. In addition to the environment, forests, concessions, preservation of natural resources, etc., there is also the urban environment, garbage recycling, sewage, sanitation.

Guedes stated that Brazil wants to make clear its “commitment” to being a “green power”:

Exclusive interview: ‘If the price is dammed, there will be a shortage of fuel,’ says president of Petrobras

Earlier, in an interview at the Atlantic Council, Guedes stated that vaccination is advancing rapidly in Brazil. He cited what he classified as good indicators of immunization when evaluating only the adult population and stated that this situation is enabling a safe return to work in the country.

– We vaccinate 93% of the adult population with one dose and 60% with two doses and we are providing a safe return to work, and in sectors such as commerce and services – said the minister.

Nervous Exchange:Dollar closes in fall, quoted at R$ 5.50, after the BC’s action to contain the currency’s advance towards R$ 5.60

The statements were made during an interview at the Atlantic Council, where the minister asked foreign investors to “believe” in Brazil. Guedes is in the United States for meetings with the International Monetary Fund (IMF), World Bank and G20.

Capital:In the new bitcoin world map without China, the US sees leaders and Brazil gains some relevance

— In Brazil, in another two months we will have the entire adult population vaccinated and we will help our neighbors. This is a major concern – he said, and cited mainly the islands of the Caribbean and Central America as places that depend on tourism and are still not making progress in vaccination.

Guedes said the tax and administrative reforms must be approved in Congress by the end of this year. He also estimates that this will be the deadline for the privatization processes of Eletrobras and Correios to take off.

— The tax and administrative reform, we will see them approved before the end of the year. Democracy in Brazil will continue to surprise – he said, and also cited the privatizations of Correios and Eletrobras, which depend on congressional approval.

New call of the CPI; protest by members of the MP; warning about climate change


The approval of the reforms was cited by Guedes as an incentive for investors to choose Brazil to install their companies.

Guedes’ assessment is that this moment of change in the post-pandemic period will make many companies change their headquarters, and Brazil is a destination that will become more interesting.

As a good seller, the minister mentioned that the country is reducing taxes for companies, reducing trade barriers and reducing bureaucracy.

He recalled that the institution made a mistake last year, by predicting a fall of more than 9% for the Brazilian economy, when the GDP fell 4.1%. (With information from G1)