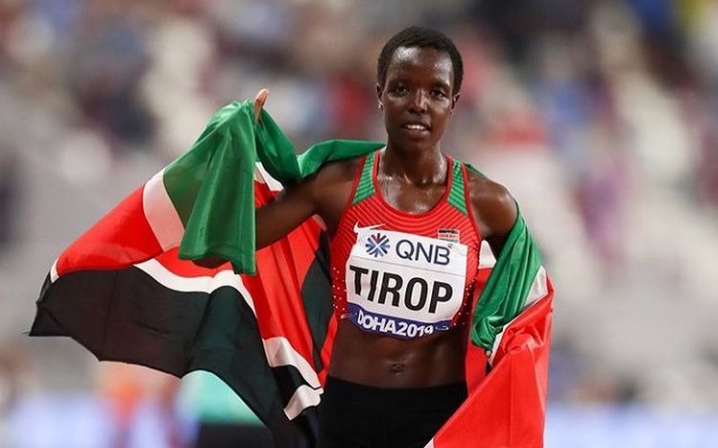 THE kenyan runner long distance Agnes Tirop, who recently represented his country at the Tokyo Olympics, died at the age of 25, the Athletics Kenya (AK) organization announced in a statement on Wednesday (13).

According to the country’s athletics corps, Tirop was found dead at her home in Iten after being “allegedly stabbed.”

According to local reports, Tirop was found dead with stab wounds to her abdomen.

Athletics Kenya said it was “still working to find out more details surrounding his death”.

Read more about Sports on CNN

Athletics Kenya was not immediately available for further comment requested by CNN.

Last month, Tirop made history by beating, with 28 seconds off, the old women’s world record in the 10km Adizero Road to Records challenge in Germany.

Tirop finished in a time of 30:01, breaking the previous record of 30:29 that had been set by Moroccan Asmae Leghzaoui in 2002.

After the race, Tirop declared: “I am very happy to have broken the world record. I felt the rhythm was good. The course was also very good”.

At the 2015 IAAF World Championships, Tirop became the second youngest ever gold medalist in the women’s race after Zola Budd.

Athletics Kenya declared that the country had “lost a gem, which was one of the fastest athletics giants on the international stage thanks to its exuberant performances”.

Kenyan President Uhuru Kenyatta also paid tribute to the athlete in a statement:

“It is disquieting, absolutely regrettable and very sad that we have lost a young and promising athlete who, at the age of 25, had brought so much glory to our country for her achievements on the world athletics scene, including the 2020 Tokyo Olympics, where she was part of the Kenyan team in Japan“.

(This article has been translated. Read the original in English)