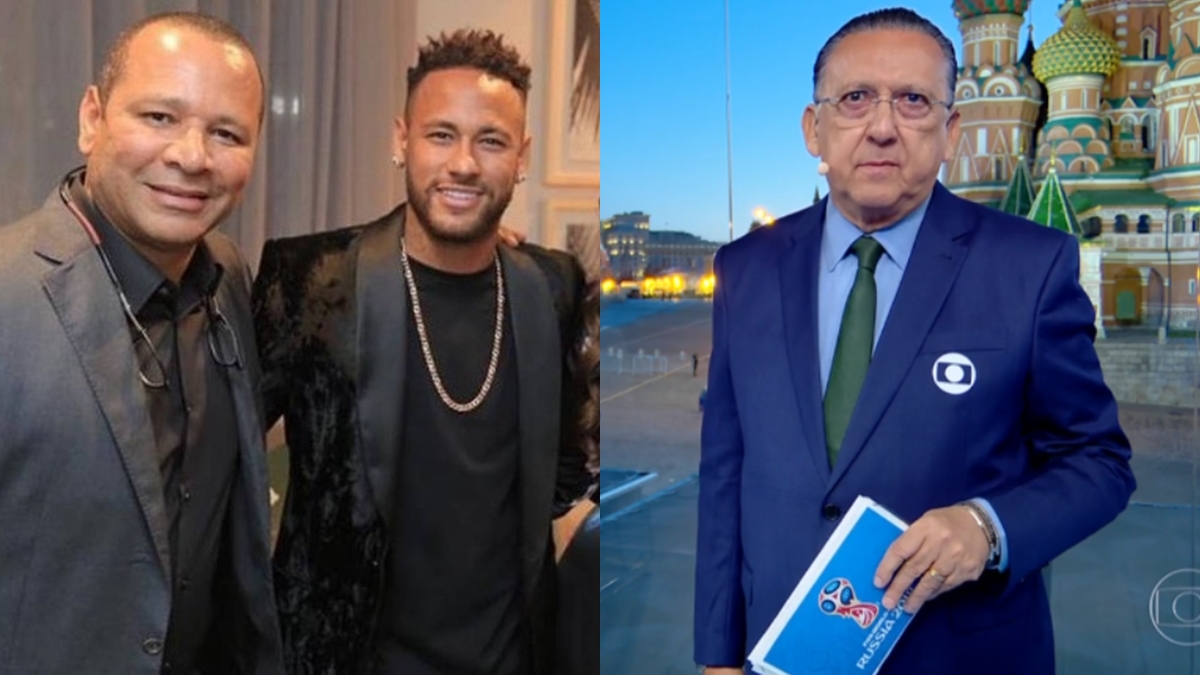 Neymar Father was disgusted with the curse of Galvão Bueno against his son during a Globo broadcast. Last Sunday (10), leaked an audio in which the narrator called Neymar an “idiot”.

The player’s father used his Instagram profile to vent about criticism that the heir has suffered and cited the case of Galvão. “Masked, spoiled, hit-or-miss and now idiot. The first three adjectives don’t bother us, silencing has always been, perhaps, the best answer”, he said.

“But I want to talk about the ‘masked one’. Yes, he wears a mask. Mask of prevention, protocol, health and what else to talk about these new times. But he is my idol, of many Brazilians and other nations”, continued Neymar’s father.

“Yesterday my son posed for a photo next to a child, pasted his face to his, even risking being criticized for taking off his mask. But and now? Where is the respect for the human being, for the eternal photo in an ephemeral life… a unique opportunity for a fan”, he pointed out.

Neymar Pai, then, played in the episode in which Galvão Bueno cursed his son in the broadcast of the game between Colombia x Brazil. “Yeah, my son is masked and whatever else you want. But idiot? Not!“, shot.

“He is the hero. A hero without lies, who faces his story head-on, not looking for cowardly shortcuts, without being treacherous. Let’s go ahead son… I’m so proud of you! I’m a father, a fan and whatever I can be for you. God will always be in control”, he finished.

In the publication’s comments, Neymar thanked his father and made a statement. “Love you”, commented the ace of Paris Saint-Germain.

The new controversy with Galvão began with the broadcast of the match between Colombia and Brazil for the 2022 World Cup qualifiers. At the time, a failure by Globo made it possible for the viewer to hear the narrator detonate Neymar.

The situation occurred while reporter Eric Faria was commenting on the attitude of the number 10 of the Seleção after the game. He left the field immediately after the game ended and did not greet other players.

“All players are greeting each other on the field. The exception is Neymar, that as soon as the referee finished the game, he left for the locker room. He didn’t stick to this fair play protocol”, reported Eric.

During the reporter’s live entry, it was possible to hear Galvão Bueno speaking backstage. “Idiot”, shot the narrator, who was accused on social networks of having cursed the player.

After the repercussion, Rafaella Santos, Neymar’s brother, criticized the Globo contract. “A certain gentleman, who I had already talked about in my Stories past, during the broadcast, called my brother an idiot. Will it be him or you?“, let her go.