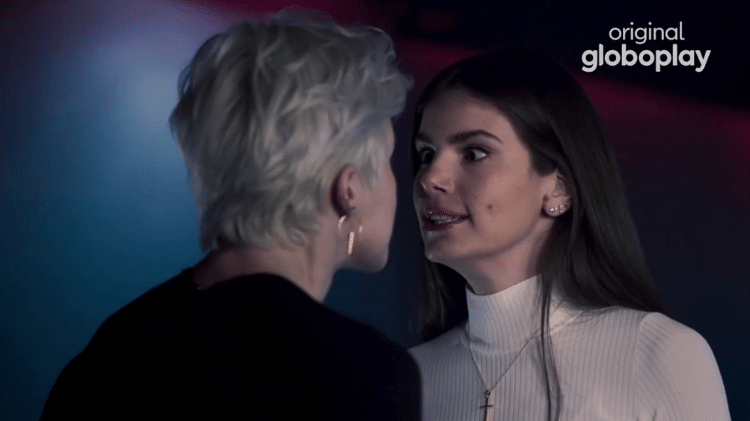 The second season of “Secret Truths” promises an atmosphere of mystery, eroticism and seduction.

Walcyr Carrasco, author of the plot of the first Brazilian soap opera for the streaming and original Globoplay, told more about the production creation process.

The process of making ‘Secret Truths 2’ is a big challenge, as it is necessary to keep the plot alive and surprising. In this new phase, the public will find the same Angel, with her duality, her mystery and her sensuality. And you will be surprised by new aspects of it, as well as new stories involving the modeling agency, with releases by young actors. he said

The story will begin when Arlete, the Angel (Camila Queiroz), loses her husband Guilherme (Gabriel Leone) in a mysterious car accident and Giovanna (Agatha Moreira) has just arrived from Paris.

Over the years, Angel has become a mature woman, maintaining the same innocent appearance, despite hiding many secrets. Experiencing financial difficulties, especially when her young child becomes ill, she goes back to work as a model and is willing to go beyond the ‘pink book’ to pay for the treatment and cure it.

Giovanna, on the other hand, gained life experience after a long season living in Paris. Back in Brazil, she wants to prove that it was Angel who killed her father so that she can take possession of the inheritance, since Alex’s body is still missing. Without shame, she starts a big confrontation with the model and will invest in several tactics so that the rival confesses the crime and goes to jail.

At the center of the war between the two is Cristiano (Romulo Estrela), a charming private investigator, who thus forms an unusual love triangle.

Now, the new owner of the modeling agency is Blanche, played by Portuguese actress Maria de Medeiros, known for her performance in films such as Philip Kaufman’s “Henry and June” and Quentin Tarantino’s “Pulp Fiction”.

Among the main names in Blanche’s casting are Laila (Erika Januza), Bruno Montaleone in the role of Matheus, Mayara Russi as Vitória, and Ícaro Silva as Joseph. International career model, Rhay Polster debuts in the role of Chiara, one of the best professionals at the agency, and Julia Byrro arrives as teenager Lara. Grandiose fashion shows will once again be reproduced in the plot, this time with stylist Betty (Deborah Evelyn) leading the events in partnership with Blanche.

In addition to the agency, one of the main scenarios of the plot is the nightclub of Ariel (Sergio Guizé) and Percy (Gabriel Braga Nunes), set in São Paulo, where the models and other characters have fun.

The first chapter of “Secret Truths 2”, Globoplay’s original soap opera, will be broadcast live on the platform, open to non-subscribers, on the 20th of this month, at 9:30 pm. Afterwards, the first ten chapters will be available on the platform for subscribers.