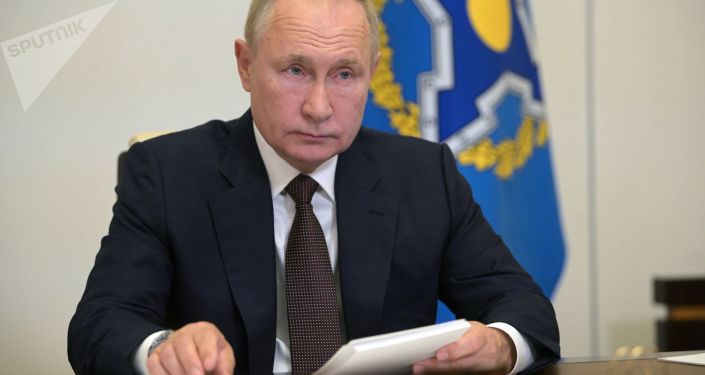 The OPEC+ (Organization of Petroleum Exporting Countries and partners) countries have been able to establish efficient cooperation and ensure the stability of the oil sector in the face of the pandemic, Russian President Vladimir Putin said at the plenary meeting of the Russian Energy Week.

“The agreements previously established in the OPEC+ format then played a key role in stabilizing the oil market. OPEC member countries and non-OPEC nations were able to form effective collaboration in the face of the pandemic and ensure the stability of the oil industry.” , noted Putin referring to the 2020 situation.

The Russian leader also stated that the OPEC+ countries are stabilizing the oil market in the current stage of world economic recovery.

Putin noted that last year’s spring (in the Northern Hemisphere) in the oil sector there was an absolutely unique situation, in which for the first time in history the price of oil reached negative values. In that period, the fundamental role in stabilizing the oil market was played by agreements in the OPEC+ format.

“Currently in a phase of recovery in the global economy and oil demand, our countries are also stabilizing market and price levels, rapidly and timely increasing oil production and supply,” noted Putin.

He also stressed that Russia is a responsible member of OPEC+ and expects the organization’s oil agreement to remain in force until the end of 2022.

The Russian head of state called the allegations that Russia was using gas as a weapon “complete nonsense”, “delusion and baseless political verbiage”.

The Russian Energy Week is held from the 13th to the 15th of another in Moscow.

Earlier this month, the operating company of Nord Stream 2 (Northern Stream 2) reported that the first line of the pipeline has started to receive gas.

Nord Stream 2 foresees the construction of two pipeline lines with a total capacity of 55 billion cubic meters of gas per year, from the Russian coast, across the Baltic Sea, to Germany. The project is being implemented by Nord Stream 2 AG together with its sole shareholder, Gazprom.