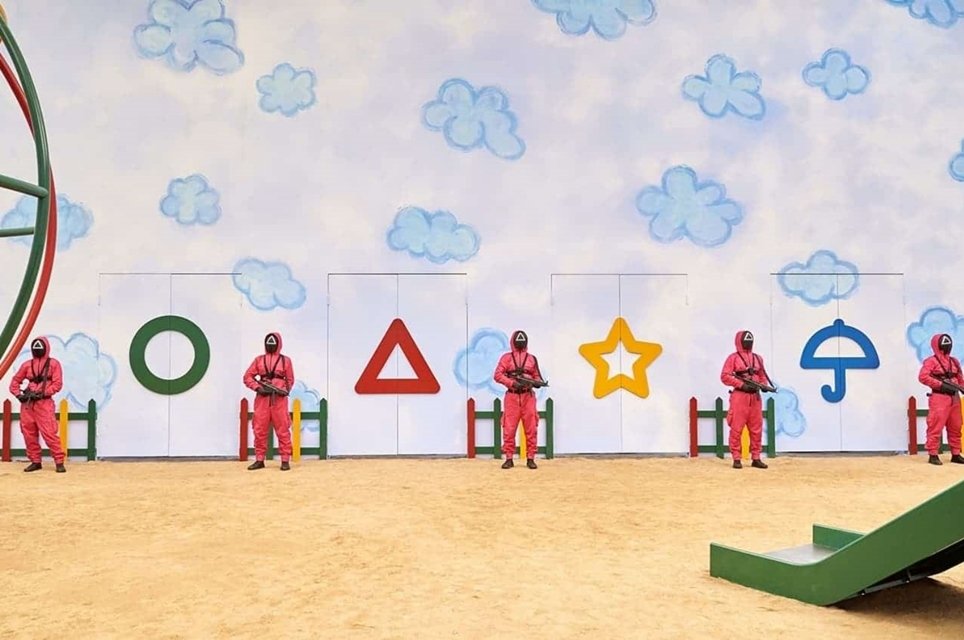 Round 6 became quite famous after its debut on Netflix, taking gigantic proportions on social networks and even recently becoming the most watched series in the history of the streaming platform.

According to the company, the production was seen by more than 100 million subscriber profiles and tuned by 111 million homes worldwide. The numbers were released in the Netflix’s official Twitter just 25 days after the series premiere.

I won’t say who won the game, but I can officially say that Korea won Netflix. Watched by 111 million homes, Round 6 is my biggest series ever. pic.twitter.com/7dDUzESEKt

With all this success, many brands, people, companies and – whoever and whatever you can imagine – are trying to ride the wave of the series and do everything they can about it.

In South Korea’s Gangwon province, a hotel has announced that it will perform a version of Round 6 at the end of this month. According to The Korea Times, St. John’s Hotel in Gangneung will host the event.

The hotel’s website is releasing the real version of the popular Netflix series, in which the winner will receive 5 million won (US$4,178 dollars), which is, of course, far less than the actual series prize money.

The event is not restricted to hotel guests and people of all ages can participate. It costs 10,000 won ($8.39 dollars) to sign up in advance. The Korea Times reports, however, that the event is already full and there are no seats available.

As with the series, contestants will receive a mysterious calling card with a phone number. They will then head to a pine forest near the hotel and compete in four games: French Fries 1, 2, 3, Tug of War and the “Dalgona” Challenge – the series’ sugar cookie challenge.

The artwork used on the hotel’s website to promote the game depicts guards in uniforms similar to Round 6, with pink jumpsuits and geometric-shaped masks.

As in the series, anyone who doesn’t follow the rules of the game will be eliminated. But, of course (at least we hope), that not eliminated in a deadly way, with a bullet to the head. Just removed from the game itself. Also, the identity of the game host will not be revealed until the end.

And this is not the only version of Round 6 in real life. Another event will be held at a campsite in Wonju, Gangwon province. Participants will wear uniforms in hopes of earning 45,600 points to be used on the Frip online platform.

Another event will also take place in the United Arab Emirates, organized by the Korean Cultural Center (KKC), located in Abu Dhabi. The KKC director stated, in an interview, that the games they will play in real life will not be – by any means – violent and will be composed by selected players.