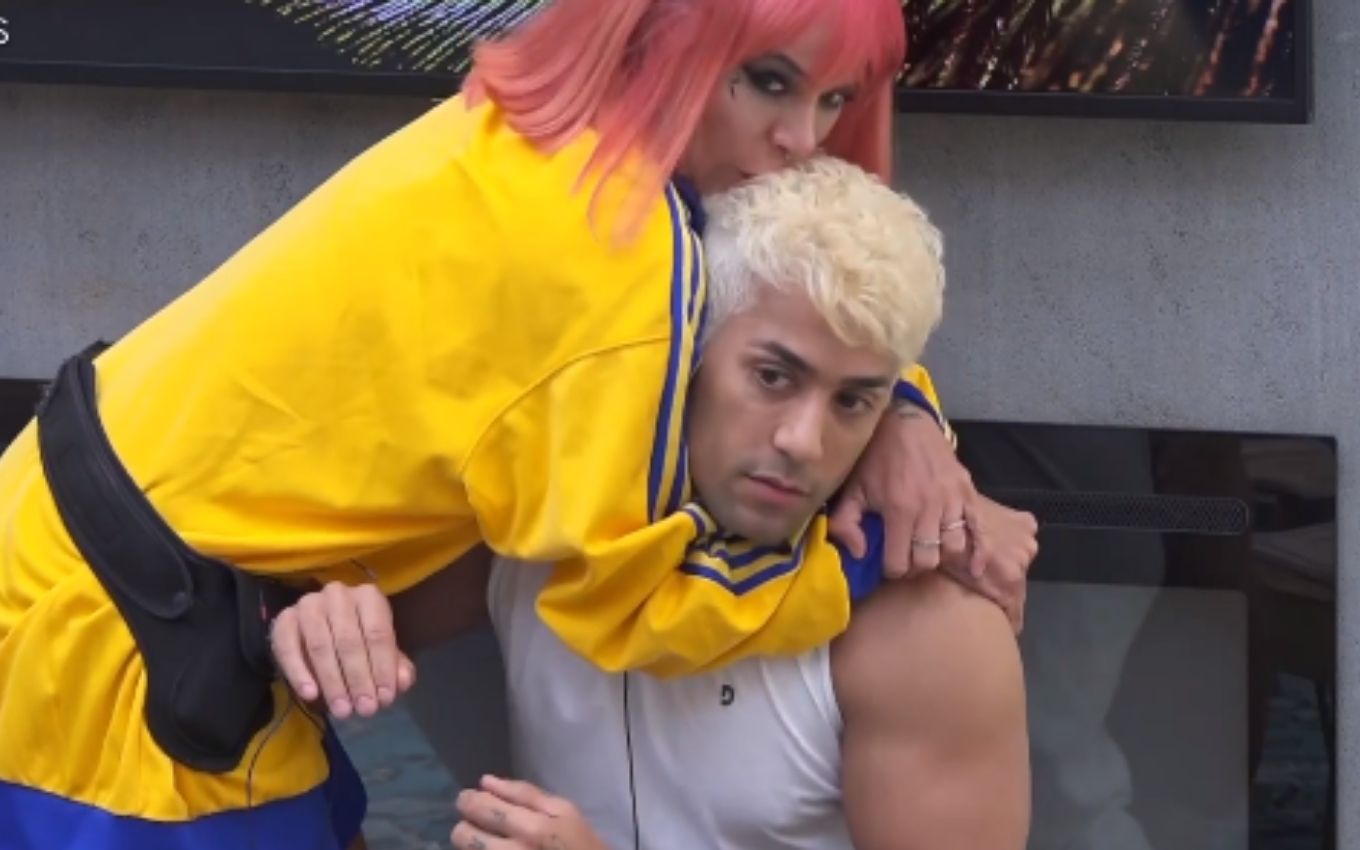 Tiago Piquilo rejected the affectionate friendship that Valentina Francavilla has for him in A Fazenda 13 because of the past between the two. The country singer decided that Ratinho’s former stage assistant can no longer call him her brother. “We already had sex,” he argued.

“Friends are people who always talk, are together, see each other, people who have a boundary between them. A friend doesn’t have sex with a friend,” began Piquilo. “But who has sex here?” asked the girl, intrigued. “You and I did,” he replied.

“It’s been 15 years? So what? We didn’t even talk to each other,” replied the Italian, dissatisfied. “We’re past this friendship phase, you don’t have to say you’re my sister, we’re not brothers,” said the artist. “But I care for you like that,” she tried to argue.

“Try to understand this, what we have is affection above friendship”, declared Tiago. “So I can’t hug you? Because if I hug you, I’ll call it something different,” she quipped, putting “something different” in quotation marks with a gesture with her hands.

“We always hugged, we always played in here. What happens is that I have a person and you can have a person. People will not think with their head”, explained the singer. “I get it, but it hurts me,” Valentina replied.

Tiago telling Valentina that she can’t call him ‘brother’ because they’ve already had sex.

The only service that has a 24-hour rural reality broadcast, PlayPlus has the price of BRL 15.90 a month. Contrary to what happened in previous seasons, Record’s platform now offers more than one camera for subscribers to follow what happens at the reality show’s headquarters.

The platform offers 14 days of free use for those who have never subscribed to the service. After this period, the user starts to pay R$ 15.90 per month. In addition to the nine cameras and full episodes of A Fazenda 13, Record’s streaming offers soap operas, series, newscasts and programs shown on the station.