Android 12 was officially released in its “pure” version earlier this month, and with it, several changes were introduced. Material You is one of the main novelties, in addition to the privacy and resources improvements that seek to optimize the user experience. On the other hand, most of the changes seem to be on the developers’ side. 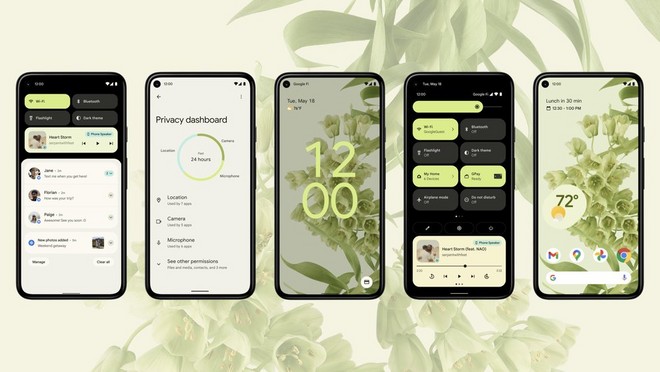 The Android CDD brings together different requirements of the “Android Compatibility Program” that seek to keep the software’s behavior similar on all devices where it is installed. If a smartphone does not meet these requirements, it will not be able to provide access to Google Play services.

An example of this policy is the control panel for smart home devices in the power menu built into Android 11 — if a manufacturer implements this feature in its user interface, it must meet the standard set by Google in the Android 11 CDD. same occurs on Android 12.

Developers noted in the Android 12 CDD that there is a new classification of cell phones called “performance class” or “performance class,” officially introduced with the first beta release of the major OS update. 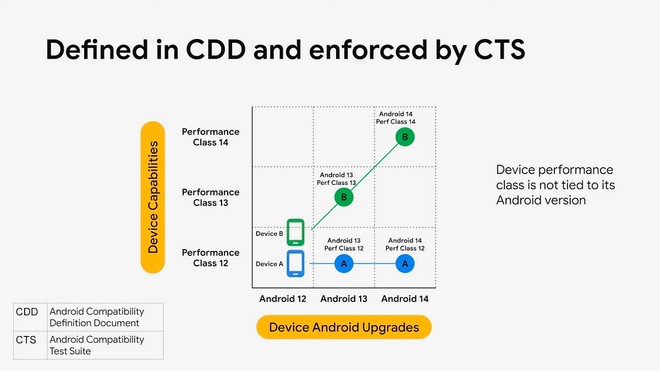 These categories are a new way to see how powerful a device is. Google claims that each Android version will have its own corresponding performance class. This therefore means that a device can change its class depending on the minimum requirements of the new distribution to which it will be upgraded.

The main requirements for “performance class 12” (Android 12) are:

It is worth noting that the specs mentioned are just part of the extensive list of requirements that include codecs, image processing and other information. By way of comparison, see the requirements for “performance class 11” (Android 11):

In this way, the “performance class 12” is the best experience that a mobile phone or tablet can offer today. If it is upgraded to Android 13, but maintains its class, it may no longer be considered a high-end device, but it will still offer high performance, according to Google’s parameters.

The initiative can help OEMs improve the experience of using their software. The Android Compatibility Program’s automated testing tools can attest to a device’s performance and indicate if there is room for improvement, such as turning off very demanding visual effects and features.