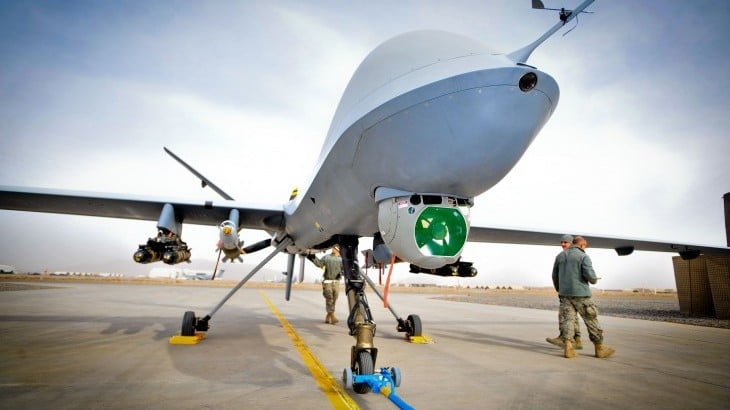 Because the human being has no limits when it comes to ideas that could end up killing us in the future, robotic artifacts company Ghost Robotics created a robot dog with a sniper rifle (aka sniper) mounted on your back.

We know that the text could stop there, but for the sake of complete information, we will follow: the company published an image of “Totó” on its official Twitter account, citing “SWORD International” in the caption. A quick Google search reveals that it is a private security and small arms research company.

In the same tweet, there are also mentions of the United States Army Association, a kind of union organization in favor of American soldiers; and SOCOM, an acronym that designates the US government’s military area for special operations.

Ah yes. There’s the word “lethality” somewhere in there, in case you need any more chills.

Despite our jocular tone, the news was not very well received, according to some replies to the tweet above. One user questioned whether this is a good idea, adding that “some cops are probably salivating” at the published image.

“This crosses a moral, legal and technical line and takes us into a dark and dangerous world,” said Toby Walsh, professor of artificial intelligence at the University of New South Wales in Australia. “Such weapons will be used by terrorists and rebel states. They will be weapons of terror”.

The professor acknowledges that, at no time, it was said that the “robot sniper dog” has autonomous capabilities – a characteristic feature of artificial intelligence – but he also told Futurism that the already fine line that divides, for example, remotely controlled drones by humans and those with the capacity for autonomous action is increasingly difficult to be seen.

To underscore his point, the professor recalled a relatively recent case: in November 2020, an operation led by the Israeli army murdered an Iranian scientist. The attack was conducted by an autonomous machine gun mounted on the back of a pickup truck – accompanied by approximately 20 agents of the Mossad, Israel’s intelligence service. There was, however, the suspicion that the scientist in question, Mohsen Fakhrizadeh, was heading a secret nuclear program in Iran, under constant surveillance for about eight months.

“I just hope this creates a sense of urgency in the UN discussions to regulate this space [do militarismo mundial], and quiet the voices that say this type of technology is still far away,” said Walsh. “Because she really isn’t.”

Citing the responses to the tweet, University of Berkeley Computer Science professor (and extensive researcher on the subject), Stuart Russell, seems to agree with this view: “Most of the responses to this Twitter ad are of the ‘hopefully you burn in hell’. That’s because normal people understand that letting machines decide to kill humans is a bad idea,” he commented. “It’s like one of the answers said: ‘The Terminator’ was a warning, not an instruction manual,” citing Arnold Schwarzenegger’s film franchise.

According to technical specifications, the robot and the weapon are separate creations: while the “robot dog” is a Ghost Robotics creation, the rifle itself was developed by SWORD International, and according to the company’s official website, it has a range of almost 1.2 kilometers.

“Given that the system is probably controlled by humans, and that other countries have already created armed and remotely controlled robotic systems, I don’t think that this particular system raises new ethical issues beyond those already raised,” said Michael Horowitz, professor of Political Science of the University of Pennsylvania. “But I would have to know more details about this system to state that with more certainty.”

Combining the two devices puts Ghost Robotics in a different direction from one of its main competitors, Boston Dynamics. Hyundai’s subsidiary company not only promised, but reinforced on several occasions, a commitment never to arm its robots or allow them to be armed – and the worst we’ve seen of them was a group outside the company installing a weapon. paintball. Remember that Boston Dynamics didn’t like the joke at all.

Not least, the “worst” we saw of her was a video with several of her robots dancing the “Twist”.