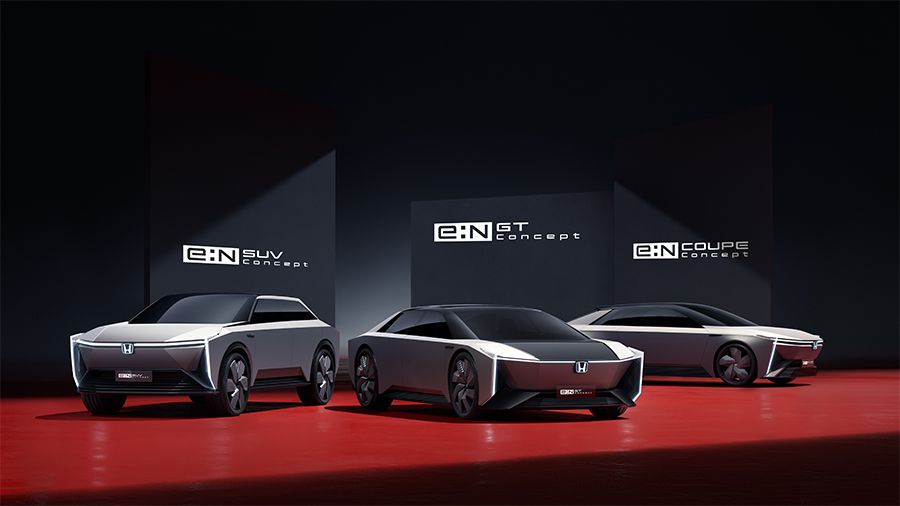 THE Honda presented this week its strategy for electric cars. In a press conference held on Wednesday (13), the Japanese giant revealed that it intends to manufacture only battery-powered cars (including hybrids) from 2030 onwards. The detail, however, is that the automaker will restrict this movement only to China, leaving the business model cloudy when we think of other markets, such as Europe, the United States and Brazil.

Honda’s presentation was split into several parts and this helped with the confusion. For starters, the automaker revealed that all electrified cars will come under a new brand name, the “e:N Series”, a conceptual mix of future, sustainability and technology. The first models launched with this signature should already appear in mid 2022: three 100% electric SUVs, the so-called e: NS1 and e:NP1 — in addition to the already revealed Prologue.

But, in addition, Honda showed three more car concepts that should be the basis for more models that will be launched, according to the company, until 2025 only in China:

Despite showing images and concepts, Honda did not bring many details about the performance of these vehicles, nor the markets in which they will be launched; but it is certain that the batteries, whether equipped in electric or hybrid cars, will be made in partnership with General Motors with Ultium technology, which promises more autonomy and faster charging.

The Prologue SUV has been confirmed for the United States, but the new NS1 and NP1 should only be restricted to the Chinese market in partnership with the joint ventures Dongfeng Honda and GAC Honda. Production of these two models is expected to start in 2024.

Full Electrification Only in China

Even with the revelation of concepts and new models, the main highlight of Honda’s presentation was the announcement that the company will, yes, produce only electrified cars from 2030 onwards, but only in China. Without explaining why, the automaker warned that it will evaluate making the same move in other countries, even having already announced that it would only sell zero-emission cars in 2040.

In addition, Honda has also promised that it will launch the standalone safety package, Honda Sensing 360, first in China, with the goal of being a completely collision-free company by 2050. 2022 and will be expanded globally. Honda will strive to expand the application to all models to be offered for sale in major markets around the world — including China — by 2030,” the company said in a statement.

In Brazil, Honda is still in its infancy when it comes to electric or hybrid cars. The automaker has just launched its first battery-powered model in our market, the Honda Accord large sedan, which features a unique hybridization technology — the same one that should be seen in future models like the new generation Honda HR-V.

And speaking of HR-V, Honda has already confirmed the launch in Brazil for 2022, but did not give details if it will also bring the electrified variant. Globally, the only 100% electric car from the Japanese automaker is the Honda E.