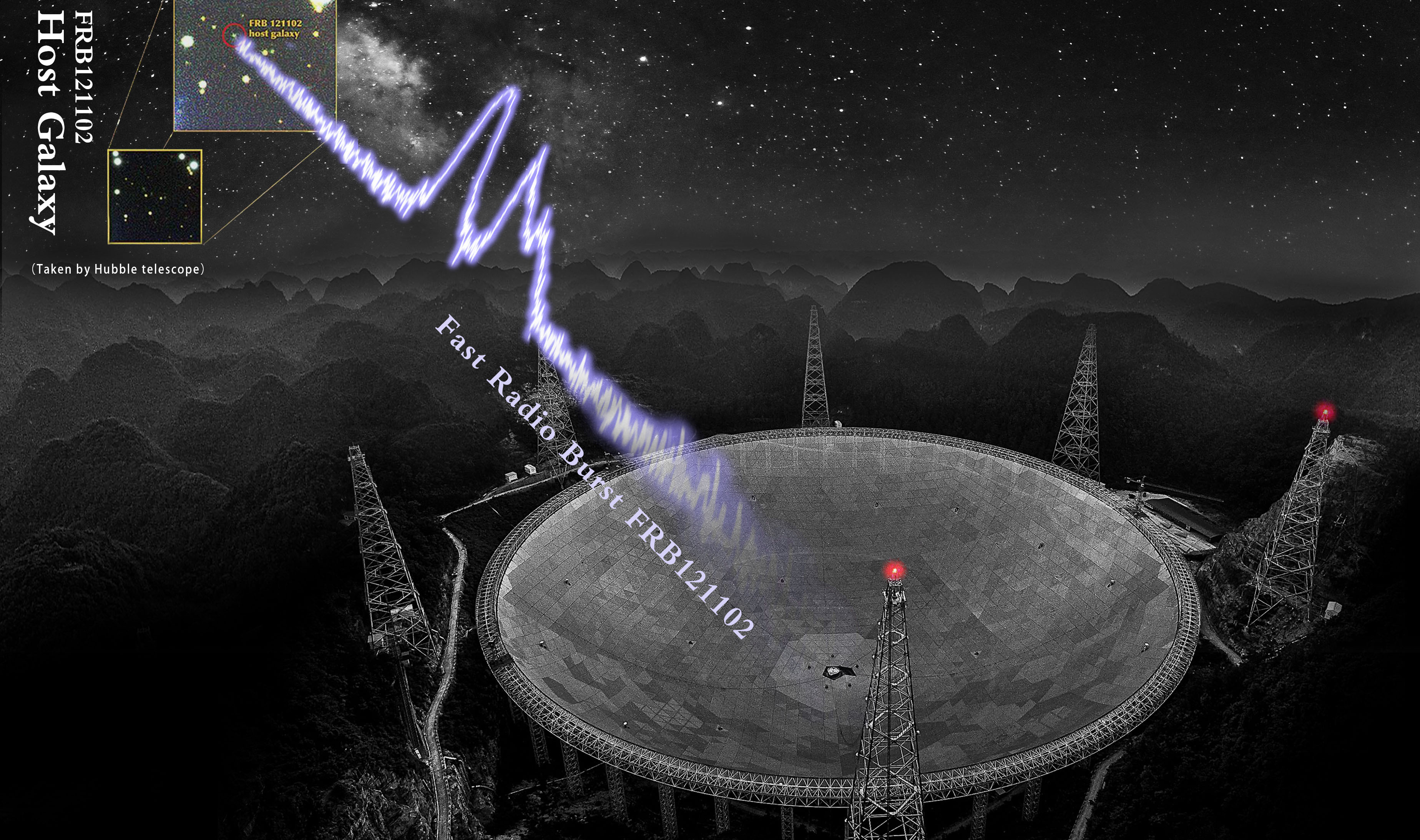 Think of a nasty cosmic temper. A series of cosmic explosions were tracked and then linked to a mysterious and cyclical rapid burst of radio in space called FRB 121102.

Using the 500-meter Aperture Spherical Radio Telescope (FAST, as the Chinese equipment is known), researchers detected 1,652 independent bursts over 47 days between August 29 and October 29, 2019. This is the largest group of fast bursts radio already registered.

A study detailing these findings was published last Wednesday (13) in the scientific journal Nature.

Fast radio bursts, or FRBs, are emissions of radio waves into space with a duration of milliseconds. Some astronomers have managed to track them back to their home galaxies. Scientists have yet to determine the causes of these flashes.

The rapid bursts of radio are capable of producing the equivalent of the energy that our sun emits in a year.

During tests with FAST, while it was commissioned, researchers noticed that the FRB 121102 was flaring frequently and sending out radio signals at varying cadence. A total of 122 broadcasts were recorded during peak hours – the highest rate ever seen for any rapid burst of radio. The 1,652 individual bursts took place over a total of 59.5 hours spread over 47 days.

“This is the first time the source of an FRB has been studied in such detail,” study co-author Bing Zhang, an astrophysicist and distinguished professor at the University of Nevada, Las Vegas, said in a statement. “This large array of explosions has helped our team improve the characteristic energy and energy distribution of FRBs like never before, which sheds new light on the engine that powers this mysterious phenomenon.

The energy of the signals “very restricts the possibility that FRB 121102 comes from an isolated compact object,” study co-author Wang Pei, an assistant professor at the National Astronomical Observatories of the Chinese Academy of Sciences, said in a statement.

While some people prefer the idea that aliens might be the source of these bursts, scientists are looking into black holes or hyper-magnetized neutron stars known as magnetars.

Magnetars are dense stars, nearly the size of a city like Chicago or Atlanta, with the strongest magnetic field ever found in the universe. Scientists believe the bursts may have been created in the magnetic fields of magnetars.

In 2017 FRB 121102 became the first cyclic radio burst traced back to the source: a small dwarf galaxy over 3 billion light years away. Researchers even identified a pattern in the bursts in 2020. During the cyclical pattern, radio bursts are emitted during a 90-day window, followed by a silent 67-day period. This pattern repeats itself every 157 days.

Previous observations have revealed that generally when they do repeat it is sporadic or in a cluster.

With this impressive new set of activities from FRB 121102, researchers can better understand the energy associated with these flashes. This can help scientists learn more about potential sources of fast radio bursts.

Rapid bursts of radio were only discovered in 2007. In 2016, scientists discovered that they could be repeated. Now, we also know that they can have patterns.

The FAST Radio Astronomy Commensal Survey helped find six rapid bursts of radio, including a cyclic one such as FRB 121102.

“Since it is the world’s largest antenna, FAST’s sensitivity proves conducive to revealing complexities of cosmic transients, including FRBs,” said Li Di, lead author of the study and professor at the National Astronomical Observatories of the Chinese Academy of Sciences, in an communicated.