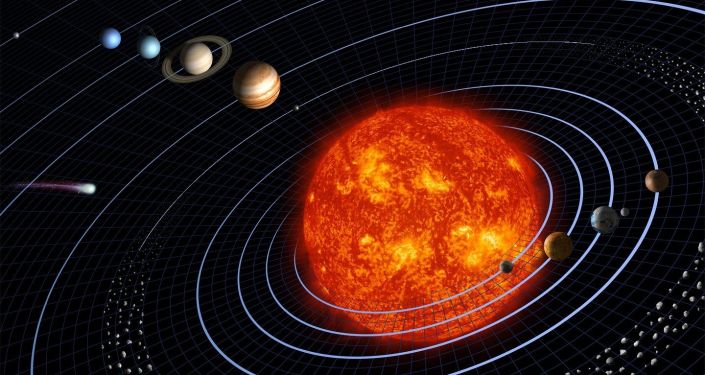 Although some studies claimed that Jovian-type planets could survive the death of their stars, evidence was sparse.

An international team of scientists, with the participation of the Institute of Astrophysics of Andalusia, Spain, published on Wednesday (13) in the journal Nature a study reporting the discovery of a system formed by a white dwarf star and a planet similar to Jupiter, which allows us to observe the possible future of the Solar System.

Using high-resolution images taken by Hawaii’s Keck Observatory, the researchers determined that the newly discovered white dwarf is approximately 60% of the Sun’s mass, and that its exoplanet is “a giant gas world” with a mass approximately 40% greater than that of Jupiter.

The planet revolves around the star in a wide orbit, at a minimum distance of about three times that existing between Earth and the Sun.

According to scientific estimates, within approximately five billion years the Sun will begin its red giant phase by running out of fuel and sinking under its own weight.

Planetary system formed by a white dwarf and a gaseous planet

This process will cause the outer layers to heat up and swell, engulfing the orbits of Mercury, Venus and Earth.

Later, another phase will begin in which the shell will expand freely, forming a planetary nebula, whose center will still shine in the exposed core that was the Sun, becoming a white dwarf star.

Although some studies claimed that Jovian-type planets could survive the death of their stars, evidence was sparse.

This finding “confirms that planets that orbit far enough away can continue to exist after their star dies,” said Joshua Blackman, lead author of the study and a researcher at the University of Tasmania, Australia.

“This system is an analogue of our own Solar System and suggests that Jupiter and Saturn could survive the red giant phase of the Sun,” he said.

In turn, researcher Camilla Danielski, who also participated in the discovery, explains that “97% of the stars in our galaxy have become white dwarfs”, concluding that “this discovery and the next ones will allow us to observe the future of exoplanets”.