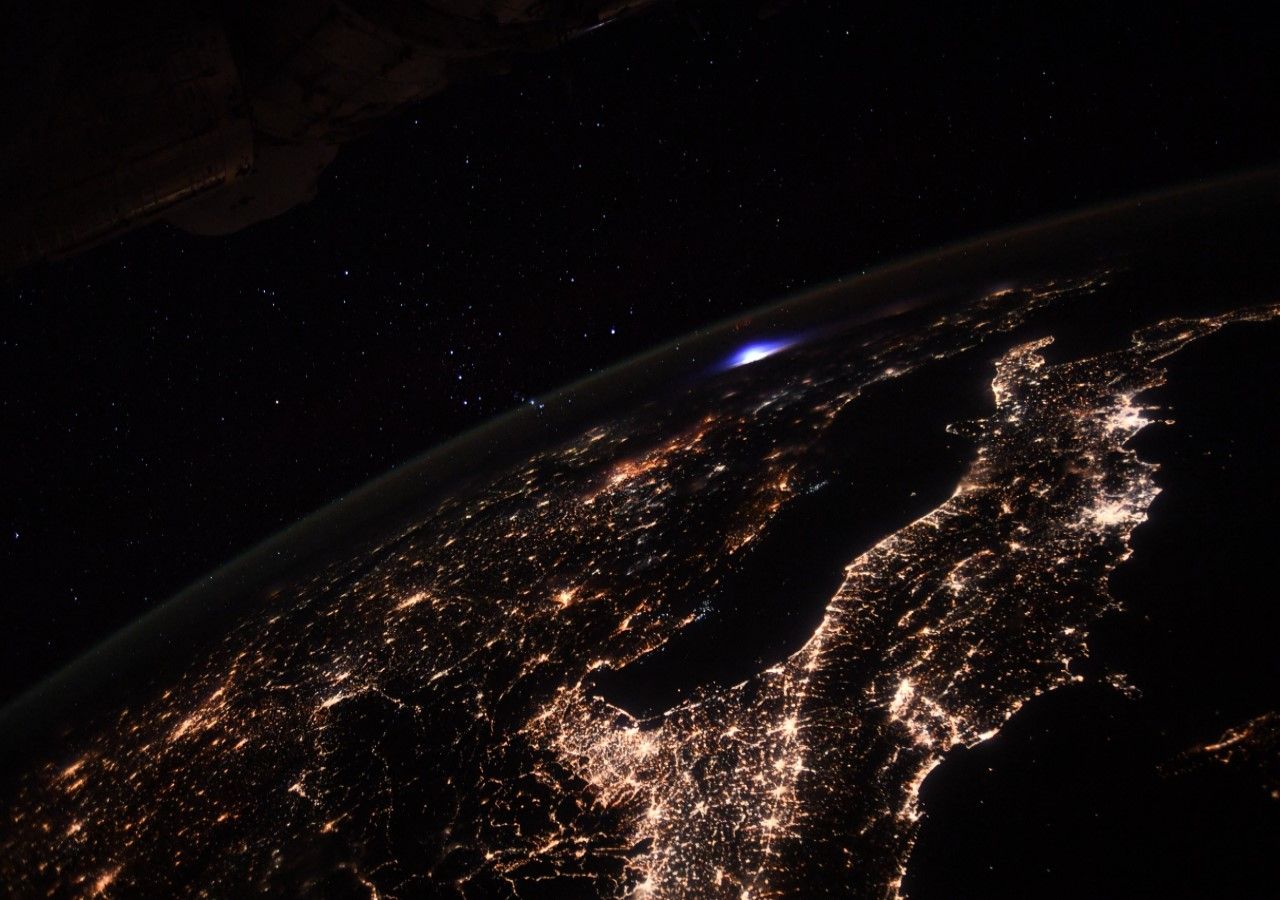 Last month, as the International Space Station (ISS) was passing through Europe, an astronaut on board captured a mysterious image of lightning. Unlike most lightning, this one did not appear in the typical form we all know and recognize. Instead, it appeared as a blue dome-shaped flash.

The phenomenon was detected in a time-lapse carried out by French astronaut Thomas Pesquet, who shared the image on social media last week, calling it a “transient light event” (TLE). This is the name given to episodes of lightnings at high atmosphere –short-duration phenomena involving electrical activity well above the altitudes at which regular lightning strikes.

These are just some of the names given to the various TLEs that have been observed on our planet. They are rarely seen and, due to their occurrence in the upper atmosphere, are most often observed by pilots and astronauts..

For many years, these phenomena were known only from anecdotal accounts of those lucky enough to witness them, but now we have the technology to be able to capture them, record them and study them with more details. The ISS is particularly well positioned to detect TLEs as it passes over the equator, where a lot of storms occur.

The event captured by Pesquet occurred in southeast Italy, possibly over Greece or the Mediterranean Sea. The full time-lapse can be seen in the tweet above. It’s as impressive as the single-frame image itself, capturing a series of storms over the Mediterranean.

What kind of TLE was this?

TLEs can sometimes be difficult to distinguish as the various forms derive from electrical discharge phenomena and share many similarities. THE color is often the best way to differentiate them. Sprites, for example, which are the most common type of TLE observed, are known to produce flashes of bright red light.

As the event in question clearly shows a blue flash, it is more likely to be a TLE known as a blue jet.. This is a type of cloud-air discharge associated with tropospheric lightning. The jets start inside storms and travel upward, resulting in bright blue flashes that take on their color from the ionization of nitrogen in the atmosphere.

The process of forming blue jets and other TLEs usually occurs in a few milliseconds, making them extremely difficult to capture. As our understanding of these phenomena increases, we now know that they are not restricted to Earth alone, as were also recorded in the clouds of Jupiter.