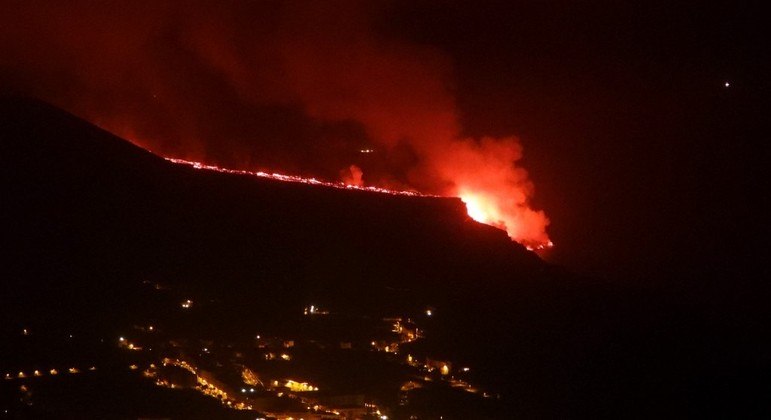 Juergen Doelz and his girlfriend, Jacqueline Rehm, were selling their small sailboat on the Spanish island of La Palma when the Cumbre Vieja volcano erupted, forcing them to flee their home and move to the boat.

Doelz, 66, and Rehm, 49, who are from Germany, had been trying to sell the boat to save money after she lost her job at a car rental company due to the new coronavirus pandemic.

On September 19, when the volcano started spitting burning lava just 4 kilometers from their home in Todoque, the couple had just returned from a trip with a potential buyer. The sale had failed because the vessel “was not sporty enough,” Doelz told Reuters of the boat, which docked in the port of Tazacorte.

A few hours later, they were forced to leave the rented house, with a terrace and a view of the sea. They had to leave most of their belongings behind.

“Fortunately, we still had the boat… And since then we’ve lived on it. It’s small, but it’s fine,” said Doelz, who is retired.

Lava streams devastated more than 600 hectares of land and destroyed close to 1,600 structures in La Palma. Approximately 6,000 people were evacuated from their homes on the island, which has about 83,000 inhabitants.

“We moved here [La Palma] two and a half years ago, and after half a year we found the house of our dreams… Losing it after two years is difficult,” said Doelz.

Although the lava has not yet reached their home, they believe it is only a matter of time after the flow has destroyed their Swiss neighbors’ homes. The rash shows no signs of abating.

“We’ll stay on the boat until we know what to do next. Do we stay here or maybe go to another island, like Tenerife? No idea, I don’t know. It’s written in the stars,” explained Rehm.