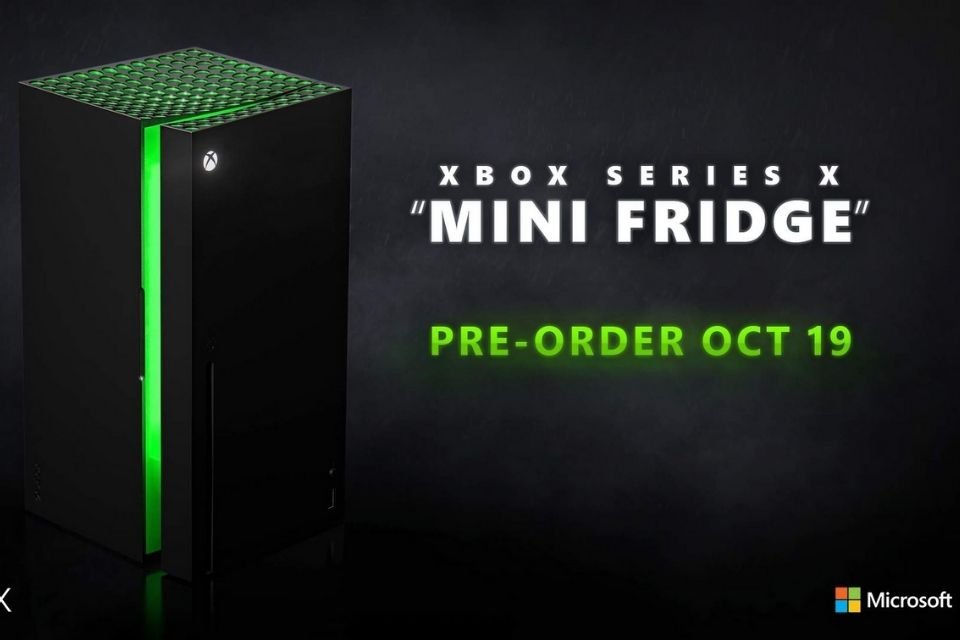 What started out as a joke will come true very soon, for a suggested retail price of $100. The Xbox Series X-looking mini fridge starts pre-ordering on Oct. 19, and will begin shipping to shoppers in December, on a date not yet specified.

The moment you’ve all been waiting for.

Xbox fans in Brazil, however, will have to stay on the ice for now. The mini-bar is not expected to be launched here yet, being launched first in North America and Europe, where it will be sold in large mainstream stores, such as Target and Amazon.

But if you’re really looking forward to a refrigerator like that and can’t afford it, stay cool. Microsoft has already stated that it is working to bring the Xbox Series X Mini Fridge to as many regions as possible, depending only on getting regulatory approvals from each market. Starting next year, 2022, the company should announce the availability of the refrigerator in more countries.

The refrigerator is officially licensed by Xbox and manufactured by Ukonic. It holds up to 10 beverage cans (standard size) and has two shelves in the door for snacks. The front of the refrigerator also features a USB port capable of recharging electronic devices, and power uses a standard DC connection source. For those who are curious, the refrigerator’s official full name is Xbox Series X Replica Mini Fridge Thermoelectric Cooler.