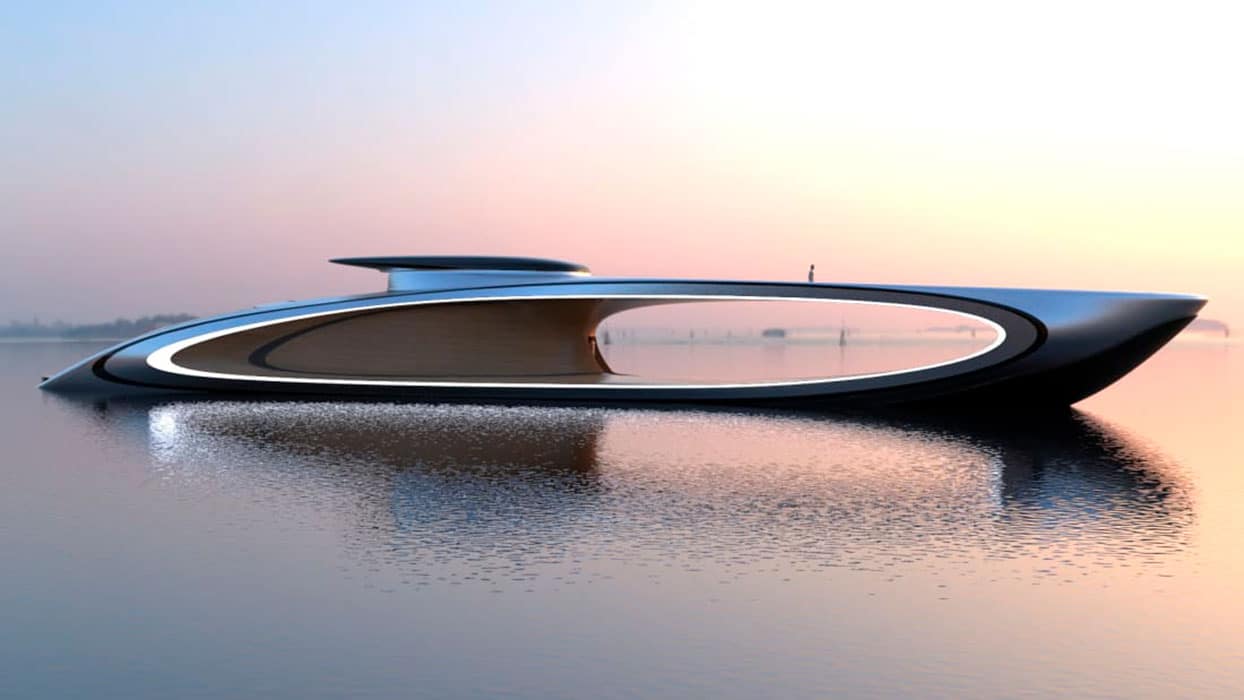 Italian yacht manufacturer Lazzarini Design Studio intends to innovate the segment with a super yacht of 69 meters with an “open hole” in its interior. Named yacht Shape, the vessel has a look worthy of science fiction movies and must run entirely on clean energy.

Called the “deck hole”, the gap in the central part of its structure that can be accessed by passengers through an entrance in the bow to sea level. According to the manufacturer, the idea is that the public can enjoy the view, sunbathing closer to the ocean. The space can also be customized according to the owner’s tastes, including other luxury items in the package.

In addition to the central space, Lazzarini highlights that the yacht’s upper deck is equipped with a glass-bottom infinity pool, living room and six suites with capacity for up to 12 guests. The ship also has a helipad, garage for vehicles and all the typical amenities of a yacht of this size.

Concept yacht is powered by hydrogen

Lazzarini Design highlights that the yacht Shape is a concept. That is, a model that hasn’t been produced yet, but that could hit the market soon. According to the manufacturer, the idea of ​​the hole in the hull aroused the interest of many buyers.

If produced, the yacht would have an estimated value of €69 million (R$436 million) and would take an average of 20 months to complete. The project includes clean energy with a hydrogen-powered engine and electric power, reaching a maximum speed of 24 knots (44km/h), or 12 knots (22km/h) in electric mode.