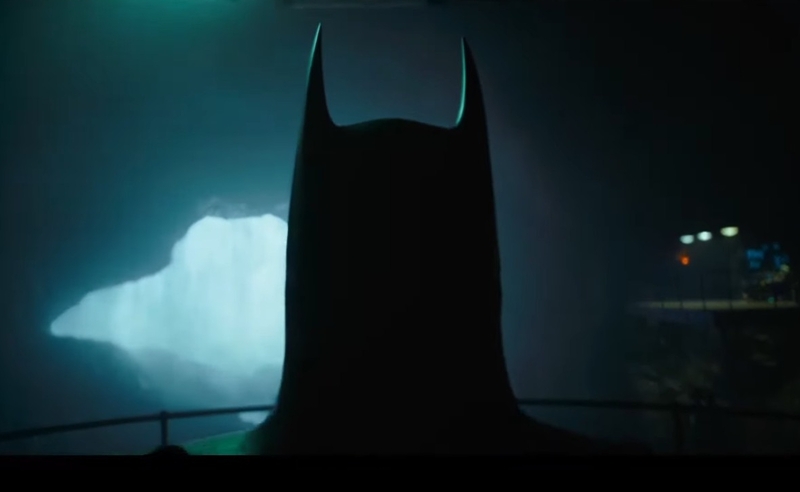 The first official teaser of ‘The Flash‘ finally was released, and in addition to presenting the new hero look and two versions of Barry Allen (Ezra Miller), the preview shows the first glimpse of Michael Keaton’s Batman return and his classic Batmobile.

please note that Keaton will reprise the role nearly 30 after his last appearance on the big screen dressed as the Batman, in ‘Batman – The Return‘, directed by Tim Burton in 1992.

And despite the character appearing from behind for just a few seconds, that was enough reason to drive fans crazy on social media.

Check out the reactions:

Flash’s teaser was so FUCKED

The new costume, Barry going back in time to the home he grew up, putting his hand on his mother’s shoulder, Michael Keaton’s Batman
I shivered here
Now I’m into the hype for the flash movie#TheFlash #DCFanDome pic.twitter.com/JPlc4eJitS

THE OUTBREAK HAS CAME! Released teaser, now, of the movie ‘The Flash! Ezra Miller handing everything over and back from Michael Keaton as “Batman”!! Excited? Premiere forecast for November 2022 #TheFlash

THIS MOVIE IS GOING TO BE AWESOME #TheFlash #DCFanDome pic.twitter.com/jN6EYmSJWb

THE LEGEND CAME BACK!

2 Flash, Supergirl, Batman.. This movie will be awesome #TheFlash #DCFanDome

THE OUTBREAK HAS CAME!

Released teaser, now, of the movie ‘The Flash! Ezra Miller handing everything over and back from Michael Keaton as “Batman”!!

When the most exciting movie of the #TheFlash is a 32-year-old Batman… pic.twitter.com/lH4wXeGyNT

This movie is going to be too crazy, it’s like The Batman, just for a small teaser, the hype is skyrocketing!!!! #DCFanDome #TheFlash

Expected to November 4, 2022, the adaptation will show Barry Allen/Flash (Ezra Miller) traveling back in time to prevent her mother’s murder. However, when he returns to the present, his mother is still alive…. but the world is a nightmare. The Justice League never existed and Barry must do everything to correct all his faults.

Remembering that the official page of DC Comics released the list of all confirmed artists for the DC FanDome:

WE CAN’T WAIT Mark your calendars for the epic #DCFanDome experience on October 16! Register now at https://t.co/SyKFjcIr1y so you don’t miss a thing: https://t.co/Eg6zAqrHq1 pic.twitter.com/PeyHeScFXg

The ultimate DC fan experience awaits you. Join the all-star lineup at #DCFanDome on October 16 where even more will be revealed! https://t.co/tiyI0kvdEe pic.twitter.com/rMmOWT4Ssf

imagine all the Super Heroes and Super Villains you love finally gathered in one place to celebrate DC’s past, present and future.

The first DC FanDome started in August of last year as a big 24-hour event. At the last minute, he split into two separate days and allowed some of his schedule to be more spread out, while the content also had the opportunity to be created for the later event behind the scenes.

Be sure to watch: