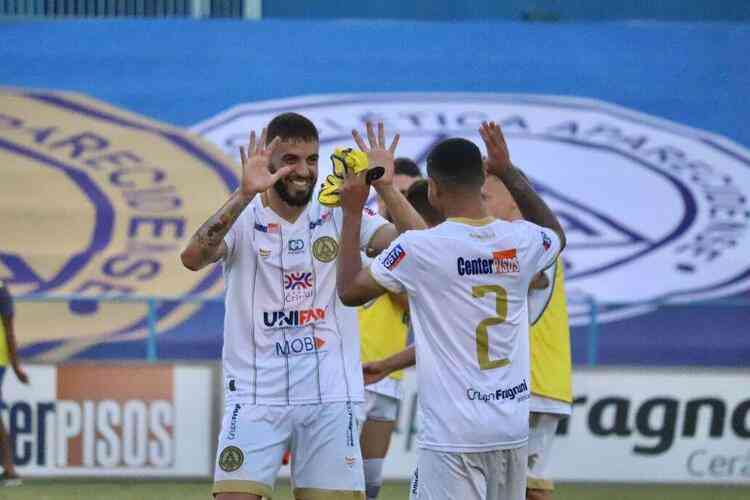 Uberlndia fought, but could not beat Aparecidense-GO for the return game of the quarterfinals of Series D of the Brazilian Championship. The teams tied for 1-1 at the Anbal Batista de Toledo stadium, in Aparecida de Goinia, this Saturday afternoon (16). The result was enough to guarantee the unprecedented classification of the Serie C team from Goiás.

With the advantage of 1 to 0 built in the duel at Parque do Sabi, in Uberlndia, Aparecidense needed only a draw to advance in the phase this Saturday. Uberlndia, on the other hand, depended on a victory by two goals or more. A victory of Verdo by a goal would lead to the decision of the spot to the penalties.

At 41 minutes into the second half, forward Negueba opened the scoring for Aparecidense after a beautiful counterattack. Despite the blow, Verdo was not shaken and tried to get the reaction even in regular time. However, the equalizing goal came only at the end of the match, at 50′, in a penalty kick by midfielder Daniel Ribeiro.

After the goal was scored, Uberlndia’s team launched a full attack in an attempt to take the dispute to penalties, but to no avail. Aparecidense remained safe and stopped the onslaught of the Minas Gerais team.

In the semifinals, Aparecidense faces whoever passes between ABC and Caxias, who face each other on Sunday (17) at Frasqueiro. On the trip, at Centenrio, the teams were 0-0.

Reason: Duel back from the quarterfinals of the Brazilian Championship Series D