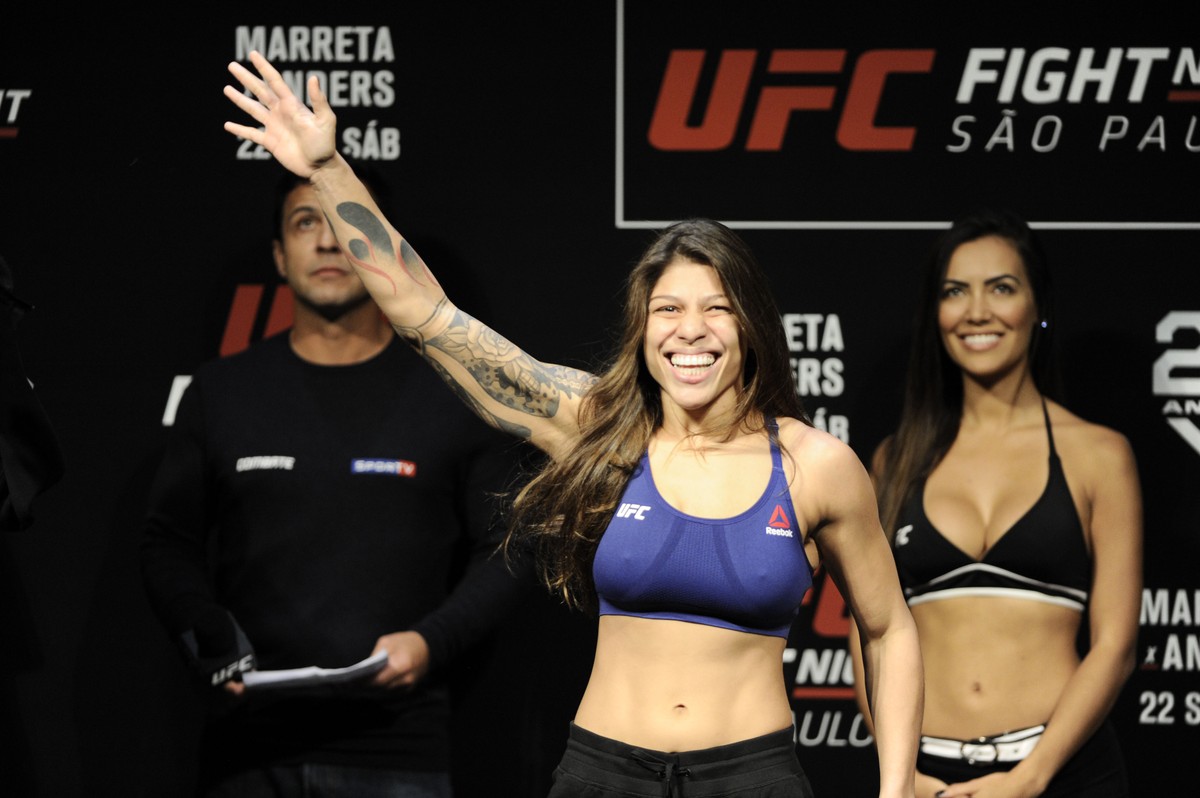 Mayra Sheetara will face Manon Fiorot on Saturday’s UFC main card in Las Vegas. The clash, valid for the flyweight, should have happened at UFC 266, on the 25th, but the French fighter and her team tested positive for covid-19 and the dispute was postponed.

In an interview with Combat, the Brazilian told how was her preparation to fight three weeks later than scheduled.

– The hardest part was losing weight, because I don’t really like to go to the sauna. In the sauna I lose very little weight, and I knew on the Wednesday of the week of the fight that I wasn’t going to fight, and I was practically at the weight. Lowering the weight twice is complicated, but that’s ok, everything worked out. And the UFC was amazing to me. They were clean. They gave me all the support, everything I needed to stay here in Las Vegas and not leave. I used the PI (UFC Performance Institute) dependencies, it was an amazing experience. I really liked what they did for me.

Mayra Sheetara will do the second fight on the main card this Saturday — Photo: Marcos Riboli

In addition to dealing with the entire weight-management process, Sheetara also had to fend for herself to maintain the ideal pace with a few training partners.

– Sparring was a problem too, because my jiu-jitsu coach was my sparring partner, but he is 85kg, in addition to Glorinha (from Paula), but her foot was a little bruised. It was complicated, but we manage. We are here to fight, and before being a fighter, we are victorious. I am very well prepared. We were ready for UFC 266, but I was adapting, resting and making it. I’m sure I’m going to have a great show this Saturday.

This Saturday’s opponent, Manon Fiorot has six of her seven wins by knockout. Because of this retrospective, the Brazilian bets that she can fight for the prize of the fight of the night.

– I leave the house to get one of the four bonuses that Dana White gives. I don’t accept less than that. So, if she goes with the same spirit as me, we won’t even have the best fight of the night, it will be the best fight of the year. I am excited. Of course everyone wants to win, no one wants to lose, but I care a lot about the performance, about giving a show, having fun in there, than anything else. And I’m really excited about it.

In recent months, Sheetara made an important change in her training, leaving São Paulo to train in Campinas, improving her training conditions, according to her.

– I didn’t switch teams. I used to share my training between Fabiana Belai and Diego Lima, but recently it got heavy. I already trained with Fabi for a while, and she had to come to me, but it was too much for everyone. So I decided to go to the countryside, stay there, which was already my home. She was my head coach for a long time. But as I say, I left Chute Boxe, but Chute Boxe didn’t leave me. That’s where I learned to throw my first punch and my first kick, and I’m so grateful to them. My best friends stayed there. I’m not turning this page, but at Fabiana Belai it’s really the best way for me today.

Revealed in the Brazilian edition of the Contender Series, the fighter says that she has been closely following the talents revealed at the event that Dana White produces every Tuesday.

– Contender opens a lot of doors for fighters. During this period that I’m here in Vegas I’ve been following the events, and it’s really been a great opportunity. There is no way to work in Brazil, there are no events, and the event here is very good. There are many Brazilians, it’s very cool and I’m following it every week.

O Combat transmits the “UFC Ladd x Dumont” live and in full with exclusivity this Saturday, from 5:20 pm (Brasilia time) with the “Combat Warming“. O Combat.com it’s the SportTV3 show the first two fights live, and the website follows the event in real time.

Ladd x Dumont Come and cheer for the Brazilian Squadron! It’s live and exclusive on Combate!