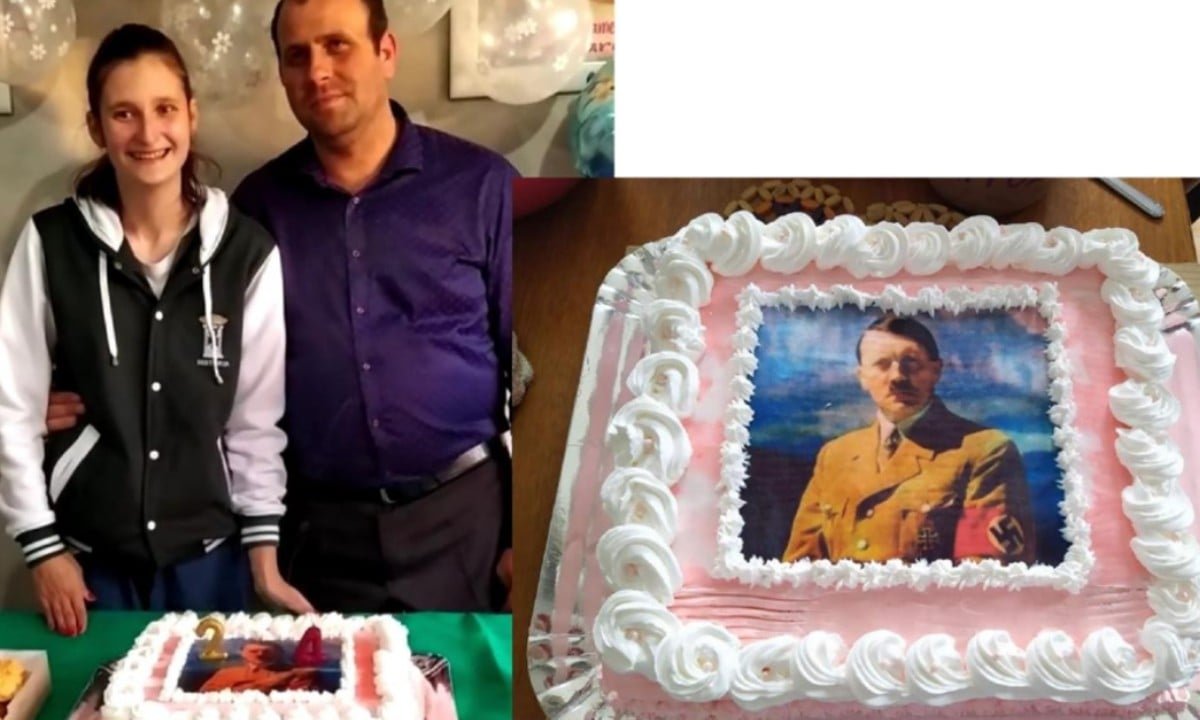 A student at the Federal University of Pelotas (Ufpel) celebrated her birthday with a cake decorated with the face of Adolf Hitler. In a post on social media, Caroline Gutknecht, 24, appears beside her husband at the party.

In this case, Deputy Juliana Brizola (PDT-RS) filed a complaint with the Public Ministry of Rio Grande do Sul for apology for Nazism.

“In times of proliferation of hate speech, neo-Nazi and racist demonstrations have emerged in different sectors of society, causing the need for firm actions by all state institutions. Any demonstration, under the false argument of freedom of expression, that makes an apology for Nazism is intolerable. These symbols bring with them the ideas of intolerance, hatred, racism and extermination of the other and cannot be admitted. In this sense, according to the documents attached to this document, it is necessary to bring to light the fact that occurred by the student Caroline Gutknecht, a History student at the Federal University of Pelotas who made apology for Nazi symbols in the commemoration of her birthday”, said the deputy to the column of journalist Ancelmo Gois , noThe globe.

Ufpel also released an order, signed by the dean Isabela Fernandes Andrade, in which it states that ‘it is against any form of exaltation of Nazism, fascism and authors of crimes against humanity”. In the document, the university reiterates that it is following the facts ‘with the necessary caution, also so that unfair acts do not happen, due to untimely analysis by anyone”.