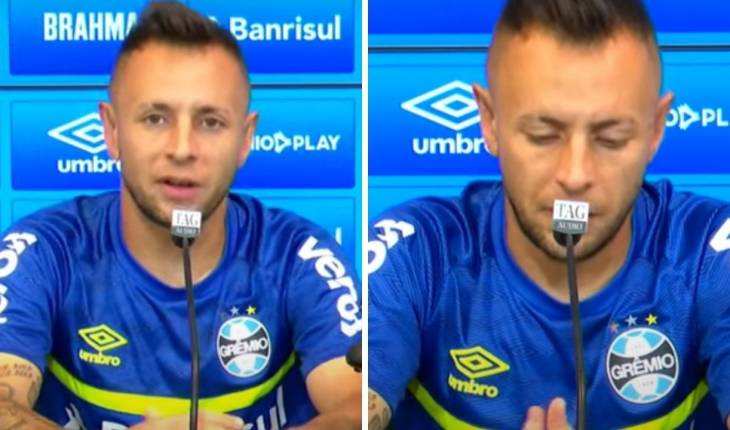 Living an unusual situation in the Guild, the side Rafinha he lives with criticism from the press about his supposed behavior behind the scenes of the club’s bad phase. Recently, the label of “negative leadership” to the player.

In a press conference held this Tuesday afternoon (19), the player exposed his side of the story, criticized the journalists who spread the information and even filled the club’s new vice president of football with praise, Dennis Abraham.

Rafinha detonates journalists for reporting on ‘negative leadership’ at Grêmio

During the press conference called for this Tuesday afternoon, Rafinha did not mince his words in his criticisms of information recently propagated in the media in Rio Grande do Sul. As recently released, the player, next to Diego Souza, it would be a kind of “negative leadership”. Still, according to journalists, Chico Garcia and Leonardo Meneghetti, Felipão would have asked for the removal of the pair shortly before his resignation was enshrined.

Rafinha, however, tried to put hot cloths on the situation, but revealed discomfort with the information. “You can’t invent things as they were invented”, snapped Rafinha, at the press conference. “That phrase of ‘negative leadership’ doesn’t suit me. This fame I will not take”, completed the player.

In addition to criticizing the journalists who propagated the information, Rafinha made a point of exalting the presence of Dénis Abrahão, Grêmio’s new soccer vice runner. According to the player, a manager like Abrahão is essential to hold the external scolding and alleviate the internal environment.