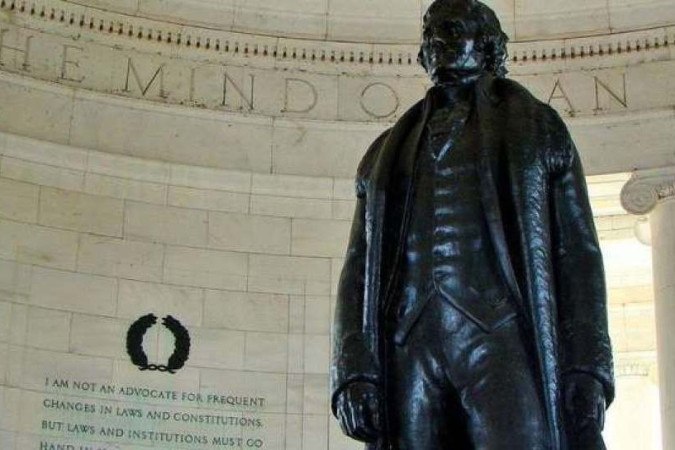 New York City Council approved on Monday (19) the removal of the statue of Thomas Jefferson, which remained in the boardroom for more than 100 years, expelling one of the United States’ Founding Fathers and the first author of the Declaration of Independence for his slavery past.

On Monday (18), a House committee voted unanimously to remove the Jefferson statue from the meeting room.

The former president had more than 600 slaves and, with one of them, Sally Hemings, six children.

A few years ago, councilors of Latin and black origin timidly demanded his removal. After much discussion, it was decided to transfer the statue to the New York Historical Society.

“Jefferson represents some of the most shameful parts of our country’s long and nuanced history,” said Councilwoman Adrienne Adams, who is black.

The Jefferson statue debate is part of a national movement that emerged in the wake of the death of George Floyd, a black man suffocated under a policeman’s knee, and the Black Lives Matter.

It is also part of a framework of accentuated racial inequality, exposed by the covid-19 pandemic, and the debate on whether Confederate monuments should be removed.

Made of plaster based on Jefferson’s bronze model on display at Washington’s Capitol Rotunda, the statue was commissioned in 1833 by Uriah P. Levy, the first Jewish Commodore of the US Navy, to commemorate the support of one of the Fathers of the Navy. Nation to religious freedom in the Armed Forces.