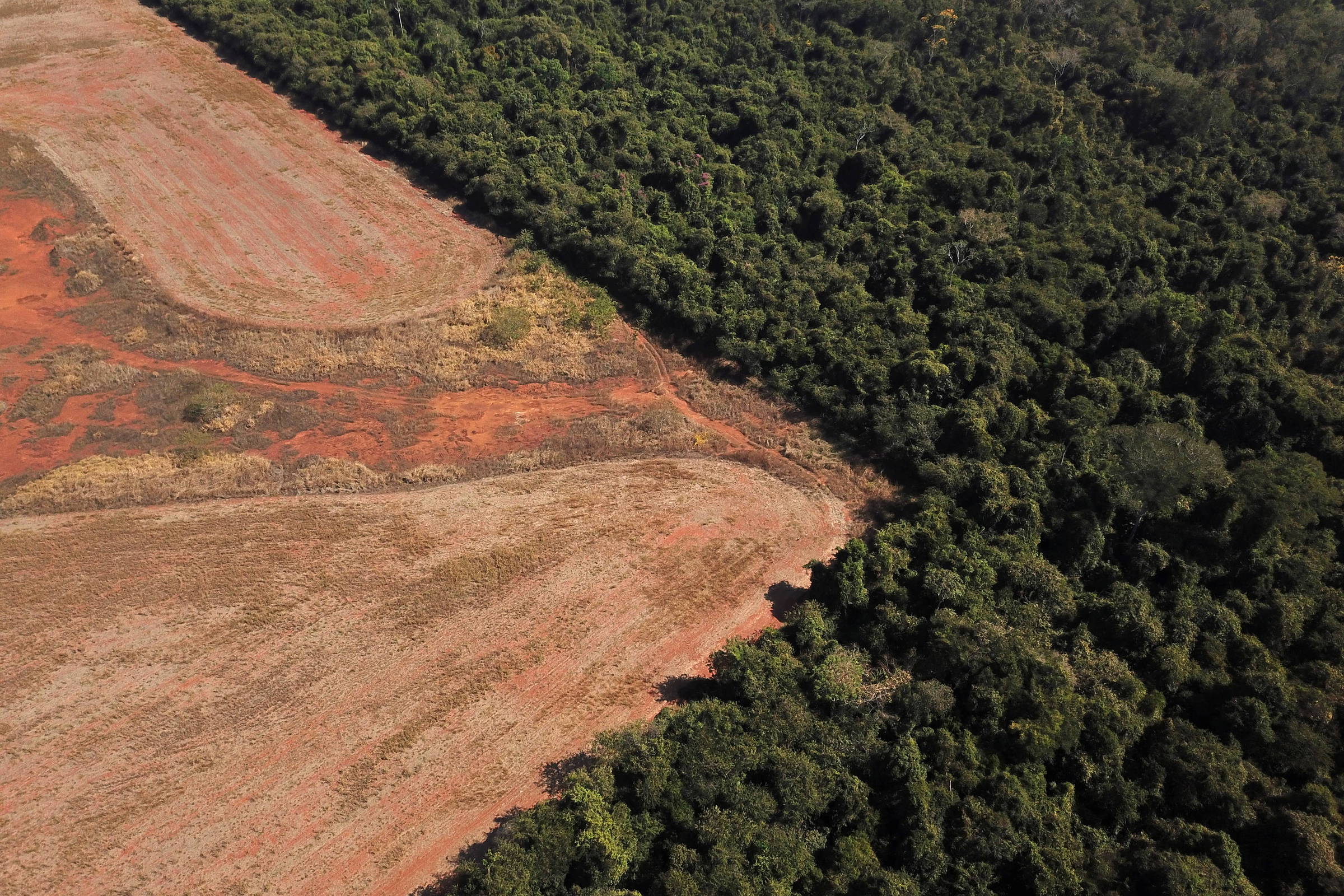 At COP26, the next United Nations conference on climate change, Brazil intends to emphasize the argument that developed countries have polluted much more throughout history to enrich themselves and must therefore compensate developing nations for protecting their forests.

But a new survey on the accumulated history of carbon dioxide emissions places Brazil among the biggest polluters in the world. In the study, which for the first time takes into account deforestation when accounting for the release of COtwo, Brazil appears in fourth place in the ranking of emissions since 1850.

China, an emerging giant that only intends to start reducing its emissions after 2030, is identified as the second largest emitter of greenhouse gases in history, behind the United States.

The survey was carried out by the think tank International Carbon Brief and takes into account emissions data from fossil fuel burning, changes in land use, cement production and deforestation from 1850 to 2021. Previous research considered in the calculation the emissions resulting from burning fuel, without including the pollution caused by the destruction of forests.

Brazil and Indonesia rise to the top 5 in pollution

The change in methodology alters the list of top 20 biggest historical polluters. Carbon Brief’s 2019 survey, which only considered emissions from fuel combustion, named the US, China, Russia, Germany and the UK as the top five emitters.

The updated study, published in October, includes Brazil and Indonesia among the top emitters because of the release of COtwo in the atmosphere from deforestation and land management over the past 171 years.

According to this new ranking, the five countries that have polluted the most since the Industrial Revolution, from 1850 to 2021, are: USA, China, Russia, Brazil and Indonesia. In Brazil and Indonesia, most emissions come from clearing forests and using land for livestock and agriculture, not from burning fossil fuels, as occurs with other major polluters.

Therefore, according to environmentalists, studies that do not consider emissions from deforestation neglect the peculiarities of Brazilian pollution.

According to Marcio Astrini, executive secretary of the Climate Observatory, an organization that annually calculates emissions in Brazil, in the last 30 years, around 80% of the country’s emissions resulted from deforestation and land use for cattle raising.

The discussion on responsibilities for controlling climate change will be central at the COP26 meeting, which takes place from October 31st to November 12th in Glasglow, Scotland. At the meeting, leaders from more than 100 countries will negotiate new commitments to guarantee the Paris Agreement’s goal of keeping global warming at 1.5°C.

Poor and developing countries must demand more compensation from rich nations and highlight that they have failed to deliver on their commitment to contribute $100 billion a year in action to mitigate climate change.

In turn, the US, UK and European Union are trying to obtain from large emerging countries, such as Brazil, Russia, China and India, more ambitious commitments to control deforestation and reduce emissions.

The expectation is that Brazil will be one of the most pressured countries, due to the great increase in deforestation and burning in the Amazon in the first three years of Bolsonaro’s government.

In this arm wrestling between rich and developing countries, the responsibility of each country for global warming will be measured, among other ways, by its current and historic volume of emissions.

What does the new ranking reveal

The survey published by the Carbon Brief suggests that countries with the greatest accumulation of emissions since the beginning of the Industrial Revolution would also be the ones most responsible for climate change.

“History matters because the accumulation of carbon dioxide emitted since the beginning of the Industrial Revolution is closely linked to the 1.2°C warming that has already occurred,” writes study author Simon Evans.

“CO emissionstwo from hundreds of years ago continue to contribute to global warming, and current warming is determined by the total emissions accumulated over time.”

Since 1850, human actions have been responsible for emitting 2.5 trillion tons of COtwo in the atmosphere, according to the study. First in the pollution ranking, the United States would be responsible for 20% of total emissions. China appears in second place, as responsible for 11% of global CO2.

Russia comes next with 7% of emissions. Brazil, according to the study, is responsible for 5% of total emissions in the last 171 years and Indonesia, for 4%.

According to the research, it is from 1950 onwards that the acceleration of deforestation in these two countries began to cause a significant increase in emissions.

“The rainforests of Brazil and Indonesia were already being cleared in the late 19th and early 20th centuries for the production of rubber, tobacco and others. wood and oil palm plantations,” says the study published by the Carbon Brief.

According to the survey, Brazil emitted 112.9 billion tons of COtwo (GtCOtwo) since 1850. More than 85% of this volume would be associated with forest clearing. Of the 20 biggest polluters, Brazil leads in the category of deforestation and emissions associated with land use.

The study also points out that Germany and the United Kingdom account for 4% and 3% of the total historical emissions, respectively. But this percentage does not take into account the pollution they caused abroad, during the period in which they colonized nations. Therefore, their historical responsibility may be much greater than the numbers reveal.

What does the new ranking mean for Brazil?

Brazilian government officials repeatedly use the argument that Brazil is not a major polluter, to argue that demands for ambitious climate control targets should be directed at rich countries.

Different surveys that do not take into account deforestation in the accounting of emissions place Brazil in the seventh or sixth position in the ranking of emissions, as responsible for about 3% of the total COtwo In the atmosphere.

The team of Brazilian negotiators will present to COP26 a document that argues that Brazil is not a major emitter of COtwo and that, therefore, its voluntary commitment to cut emissions by 43% by 2030, based on the year 2005, is ambitious enough.

“Brazil’s NDC (document in which countries present climate targets) is more ambitious than that of several G20 countries. Brazil accounts for less than 3% of global emissions and our commitment includes a target not only for 2030, but also a short-term goal for 2015, which allows for better monitoring of mitigation actions”, says the text of the Brazilian delegation, which BBC News Brasil had access to.

At COP26, Brazil will commit to reduce emissions by 37% by 2025, by 43% by 2030 and achieve carbon neutrality by 2050 – when emissions are reduced to the maximum and the rest are fully offset with reforestation to absorb COtwo atmosphere or carbon capture technologies.

This week, Economy Minister Paulo Guedes also launched the argument that Brazil is not a great polluter, criticizing demands to reduce deforestation.

“It is not possible for Brazil to be treated as the villain of international pollution. When we take pollution flows, Brazil has 1.7%, Europe has 15%, the United States has 15%, China has 30%. How can you the country that least pollutes to be the most attacked internationally? Evidently there are political and commercial interests behind it,” Guedes said, without specifying where he got these percentages.

But, for environmentalists, the survey that appoints Brazil as the fourth largest historical carbon emitter places the country in a position of great responsibility for controlling climate change.

“Brazil is one of the largest emitters in the world. Currently, it is in sixth place in emissions and is the fourth largest in historical emissions. So, it has an important role in reducing emissions, despite still being a developing country with challenges for reduction of poverty,” Carlos Rittl, public policy specialist at the Rain Forest Foundation, an environmental NGO from Norway, told BBC News Brasil. 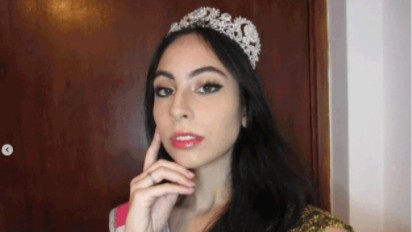