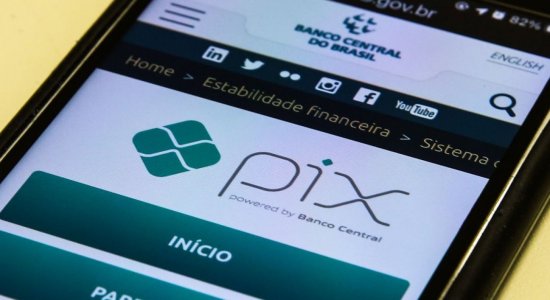 Mode of making Pix changes from Friday (29); How do the new rules affect you?

Yadunandan Singh October 28, 2021 Business Comments Off on Mode of making Pix changes from Friday (29); How do the new rules affect you? 0 Views

From Friday (29), anyone who wants to make a Pix will have to be aware of some changes. The news promises to make it easier to carry out this type of operation. The Central Bank is launching the third phase of Open Banking, allowing so-called ‘payment initiators’ to act directly with instant payments. This changes the way the user is already used to using Pix.

According to the Central Bank, making a Pix for payments for purchases or services in third-party applications will be reduced from seven to three steps, taking into account the technological financial mechanism for making payments.

Starting this Friday (29), payment initiators will be able to offer Pix as a payment option, being authorized to carry out the operation within their own environment.

An example is an order placed in the iFood delivery app. Currently, for a payment via Pix, the user who wishes to pay in this format receives the Pix key, a code or QR Code and needs to exit the iFood application, access the bank account and carry out the transaction with the data.

With the entry of the third phase of Open Banking, the transaction will be made in the application that offers the desired service, in the case mentioned, iFood. User authorization will be enough, without having to go from one application to another. Away from the user’s eyes, payment authorization continues to be carried out by the financial institution with which he has an account, which continues to guarantee the security of the transaction.

According to the Central Bank, the new functionality is valid for apps as well as shopping sites. Those who still prefer to access the bank’s application environment to make a payment can also continue to do so.

The payment transaction initiator (ITP) starts the payment transaction ordered by the end user, however, it does not manage the payment account, nor does it hold the funds of the transactions initiated, so it is possible for the customer to make payments or transfers in person or at the internet, without using a card and without having to directly access the environment of the institution where the client has an account.

Open Banking is in effect from February 1st. The first stage allowed the sharing of information about products, services, service channels and branch locations. Based on the data, banks can
make comparisons through application programming interface systems. The second phase, which involves the sharing of records and transactions between financial institutions, came into effect on the 13th of
August.

The third phase, which involves Pix payments, was supposed to take effect at the end of August, but has been pushed back to October 29th. The fourth stage, which provides for the exchange of information on foreign exchange, investment, pension and insurance services, is scheduled for the month of December.

Born in 1992, Yadunandan approaches the world of video games thanks to two sacred monsters like Diablo and above all Sonic, strictly in the Sega Saturn version. Ranging between consoles and PCs, he is particularly fond of platform titles and RPGs, not disdaining all other genres and moving in the constant search for the perfect balance between narration and interactivity.
Previous US Department of State Issues 1st Passport with Gender Marker X
Next AMD launches Xbox Game Pass for PC bundle with purchase of their CPUs or GPUs