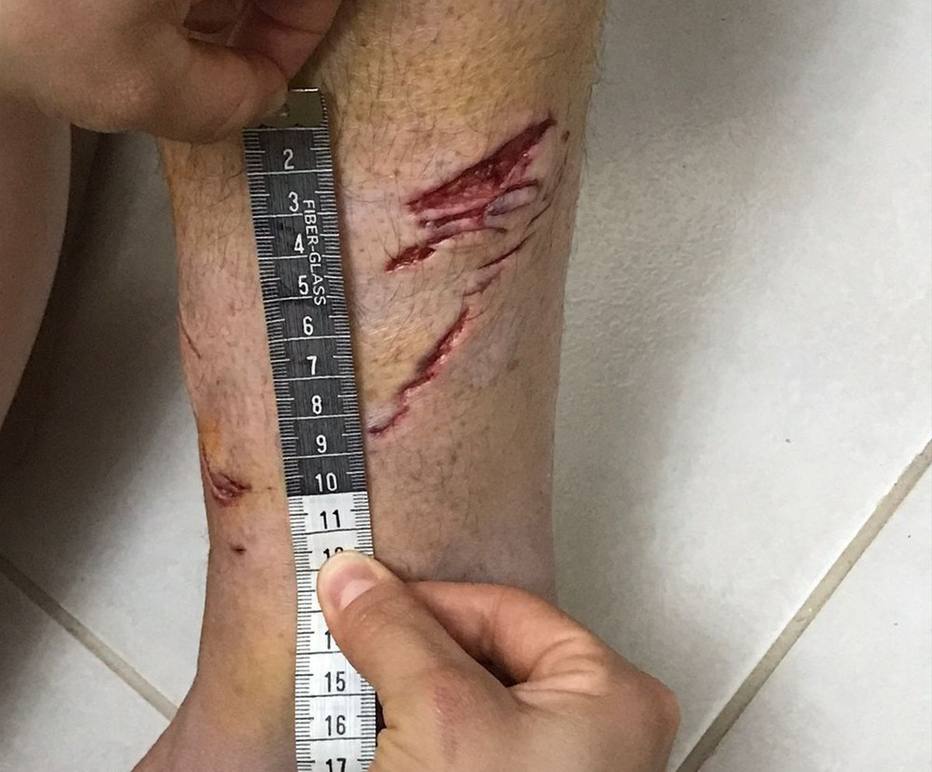 SOROCABA – A 39-year-old French tourist was bitten by a shark when I swam at Praia do Lambert, in Ubatuba, north coast of São Paulo. The man sustained deep injuries to his leg and needed hospital care. The case happened on the 3rd of this month. The tourist has already returned to France, but relatives reported the episode on social networks. According to the Argonauta Institute, which confirmed the origin of the injuries, the case is very rare in the region and has not happened for at least 30 years.

According to the post, the man was swimming in water up to his waist, near the sandy strip of the beach, which is outside the urban area, when he felt something in his right leg. He didn’t get to see the shark, but he shouted for help. The victim had deep and long cuts, up to four centimeters, above the ankle.

The tourist was taken to Ubatuba and then to a hospital in Caraguatatuba. He was in Brazil for a wedding party and took advantage of the All Souls’ holiday to go to the beach.

The case reached the Argonauta Institute, which works in coastal conservation, but researchers initially dismissed the attack as being a shark attack. The hypothesis suggested was that of attack by morays, a fish with an elongated body, endowed with strong teeth.

After hearing more reports from the family and analyzing new images, specialist Otto Bismark, from Universidade Estadual Paulista (Unesp), confirmed the shark’s bite. It was not possible, however, to identify the animal’s species.

In a statement, the institute informed that, although several species of shark frequent the coast of the region, the attack on a person is an isolated and rare case. “We are not aware of records of accidents involving humans for the past thirty years. It is, therefore, an isolated situation, which should not cause concern to the population”, he informed.

After widening the sand strip, sharks ‘invaded’ the beach of Balneário Camboriú (SC)

In recent months, a greater number of sharks have frequented the beaches of Balneário Camboriú, one of the main tourist destinations in the Brazilian summer, on the northern coast of Santa Catarina, as reported the Estadão in October.

Since August, at least 16 medium-sized specimens have been sighted in the region. One of them even bumped into a surfer. Specialists believe that the increase in the sightings of these animals may be related to the works to widen the sand strip at Praia Central in the resort. The city hall said that the work respects all environmental standards.