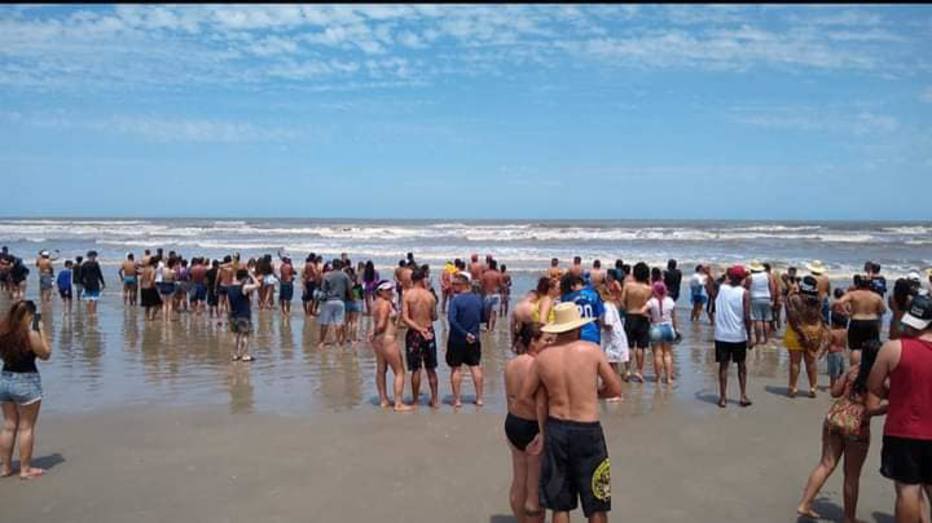 SOROCABA – An 11-year-old boy was injured in the leg by a shark, this Monday afternoon, 15, in Long Island, on the south coast of the state of São Paulo. According to the city, the attack produced shallow cuts, but the wounds needed suturing. The child was seen at the city’s Emergency Care Unit and is doing well. The attack took place around 12 o’clock in the Boqueirão Beach, and caused panic among the bathers. Many quickly came out of the water and crowded into the sand strip. It is the second case this month in São Paulo: on the 3rd, a French tourist was bitten by a shark on a beach in Ubatuba, on the north coast.

According to the city hall, the child lives in the countryside and went to visit his father in the coastal city. He was playing in the sea with family members when he saw the shark approaching his leg. The boy screamed as he was hit by the fish and was quickly rescued. Upon being removed in the water, the child had cuts at the height of the left thigh. At the health facility, he received medical support and had his wounds stitched. In a statement, the city said that a school of sharks moving from the south to the east bumped into the child, producing a minor injury to the left leg.

According to Sgt. Edilson Nunes, from the Ilha Comprida Fire Department, who participated in the assistance to the child, the school of dogfish swam in the surf zone, which is not normal, and may have been frightened by the movement of bathers. He believes the fish just bumped into the boy’s leg, producing a shallow cut that required four stitches. According to him, the fish moved quickly to the deepest part of the sea, with no need for interdiction or preventive action on the beach.

French tourist was attacked in Ubatuba

On the 3rd of March, a 39-year-old French tourist was bitten by a shark while swimming at Praia do Lambert, in Ubatuba, on the north coast of São Paulo. The bather suffered deep cuts on his leg and needed hospital care. The Argonauta Institute, which works in the conservation of coastal fauna, considered the attack to be a rare event, which had not happened for 30 years in the region. At the time, researcher Otto Bismark, a specialist in marine fish biology, said that shark attacks on people are rare, but the chances increase when there are many bathers in the sea, especially in summer.