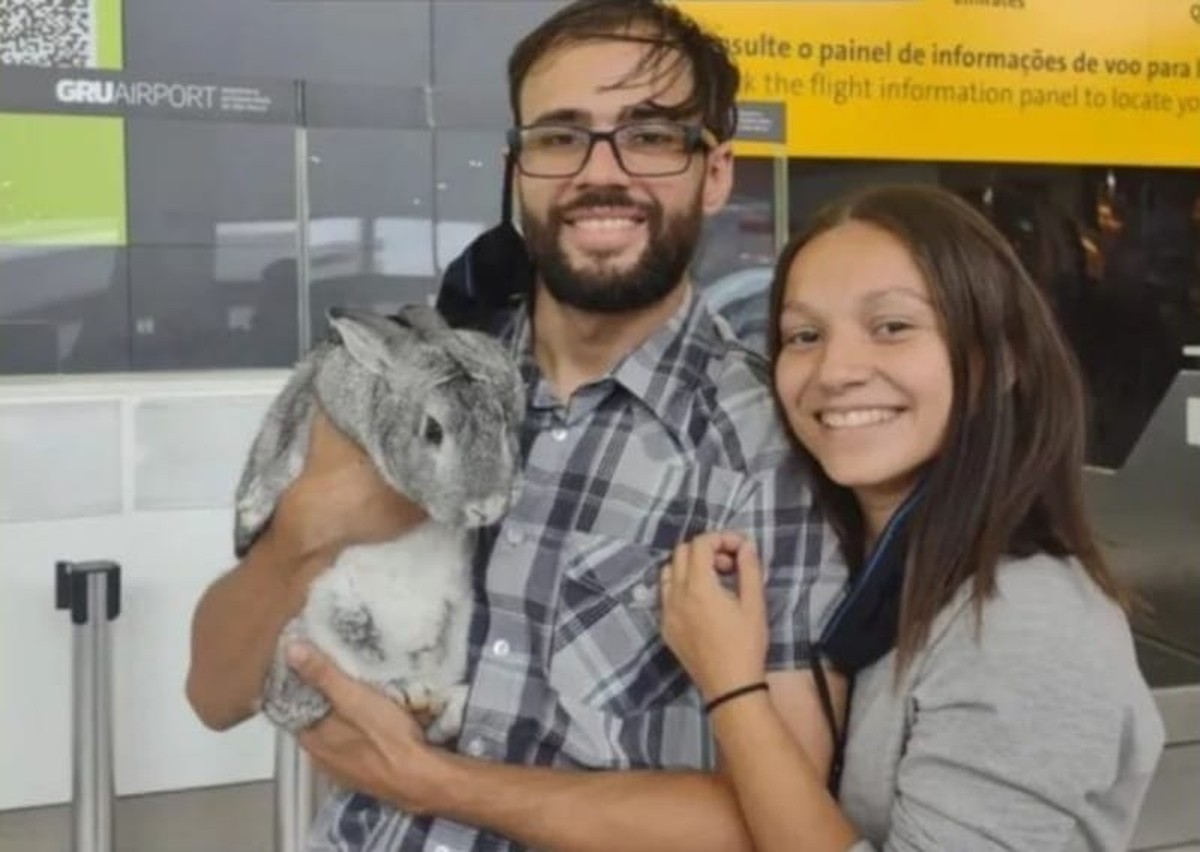 The rabbit’s owner had judicial authorization to take the animal on the farm (18), but was stopped by the company’s employees and a discussion was started, with an exchange of profanity and threats. (see video below).

According to the boy’s lawyers, the animal entered the plane under police escort, after a second authorization from the Court.

The images of the passenger and his pet were posted on the law firm’s social media.

The video circulated on social networks records the moment when the animal’s owner cursed the KLM employee and, as a result, was beaten with punches by another employee wearing black, starting a generalized fight.

During the confusion, the owner of the animal, who was wearing a plaid shirt and on the phone, was pushed and fell on top of the suitcase where the rabbit was.

Through the images, it is possible to see the couple arguing with the employee that there was a previous judicial authorization, as well as one from KLM itself, so that the animal could fly.

However, the company stated through a note that there was an “internal mistake” when notifying the boarding team about the documentation.

“Due to an internal company mistake, the exceptional transport of the animal in the aircraft cabin, based on a court decision, was not communicated to the flight crew in advance,” the company said.

“Unlike dogs and cats, rodent animals cannot be transported in the aircraft cabin for safety reasons, which is why passengers were not able to board the KLM flight this Thursday (11/18) in São Paulo with their rabbit ”, completed.

Rabbits, however, are not rodents, but lagomorphs. That’s because they have four incisor teeth, while rodents such as rats and chinchillas have two.

Confusion at Cumbica airport, in Guarulhos, because of a rabbit boarding a KLM flight. — Photo: Reproduction

KLM also said that it “deeply regrets that the situation has escalated to a disagreement at the embarkation point” and claims to condemn “any type of violent behavior by passengers and employees.”

An internal company investigation was also opened to understand the facts, according to the company.

Fight between KLM employees and passenger owner of rabbit in Guarulhos, in Greater SP. — Photo: Reproduction

Remember, in the video below, the confusion that took place in early November in Guarulhos: