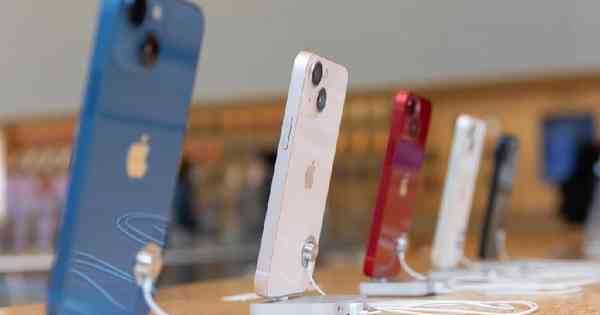 Just because they let you fix it doesn’t mean you can do it. The same goes for a car or a washing machine. so with technology.

Apple has announced that it will allow its users to fix the latest models of their phones — and will even provide the necessary original tools and parts.

However, for now, this only applies to the iPhone 12 and 13 series, which the trade press describes as true pieces of engineering due to the sheer number of screws and components.

Apple said the “self-service” repair program is intended to allow “customers who feel comfortable” and can repair their own devices.

The initiative will start early next year in the United States — it will be possible to change the battery, screen and camera of the brand’s latest models, parts that tend to suffer more damage.

At its new repair shop, Apple will sell more than 200 parts and tools.

During 2022, the program will be expanded to other countries, as informed by the company in a statement.

The announcement comes after months of mounting pressure on Apple from the “right to fix movement,” which wants individuals and independent repair shops to be able to fix the devices while reducing electronic waste.

Apple has always been considered one of the staunchest opponents to this right, citing security concerns.

Critics say this allows them to dominate the secondary repair market and ensure that only their team can fix their products.

The company iFixit has been a pioneer in this movement for years, offering manuals and instructions at a time when there was no user-level guide.

“Apple has long said that allowing consumers to fix their own things would be dangerous,” iFixit said in a press release.

“Now, given the renewed interest from governments in the repair markets, and soon after the notorious negative publicity…Apple has discovered an unexpected interest in letting people fix their devices.”

“It will be possible to carry out a type of repair that was previously impossible,” added the company.

“A user can now buy an iPhone screen directly from Apple, use the company’s repair guide (and official tools, if desired) to install it and make it work exactly as intended using Apple’s diagnostic software.” , he adds.

Furthermore, the user does not need to go to an authorized workshop to carry out the process.

However, Apple has made it clear that this is not for everyone.

The initiative is aimed at “individual technicians with knowledge and experience to repair electronic devices”.

“For the vast majority of customers”, visiting a certified professional repair shop would be the best option.

“It may be a small step overall, but with Apple doing it, it’s a huge victory for the right-to-fix movement,” said hardware website Canucks.

Apple’s authorized repair network has long been criticized for having a long list of terms and conditions, such as the origin of replacement parts.

All of this makes it unlikely that a component that works inside a broken phone can be reused and transplanted to another company smartphone.

Furthermore, a phone that cannot be recycled ends up in the trash, harming the environment and aggravating the depletion of minerals needed for technology production.

Did you know that the BBC News Brazil Are you also on the Telegram? Subscribe to the channel.