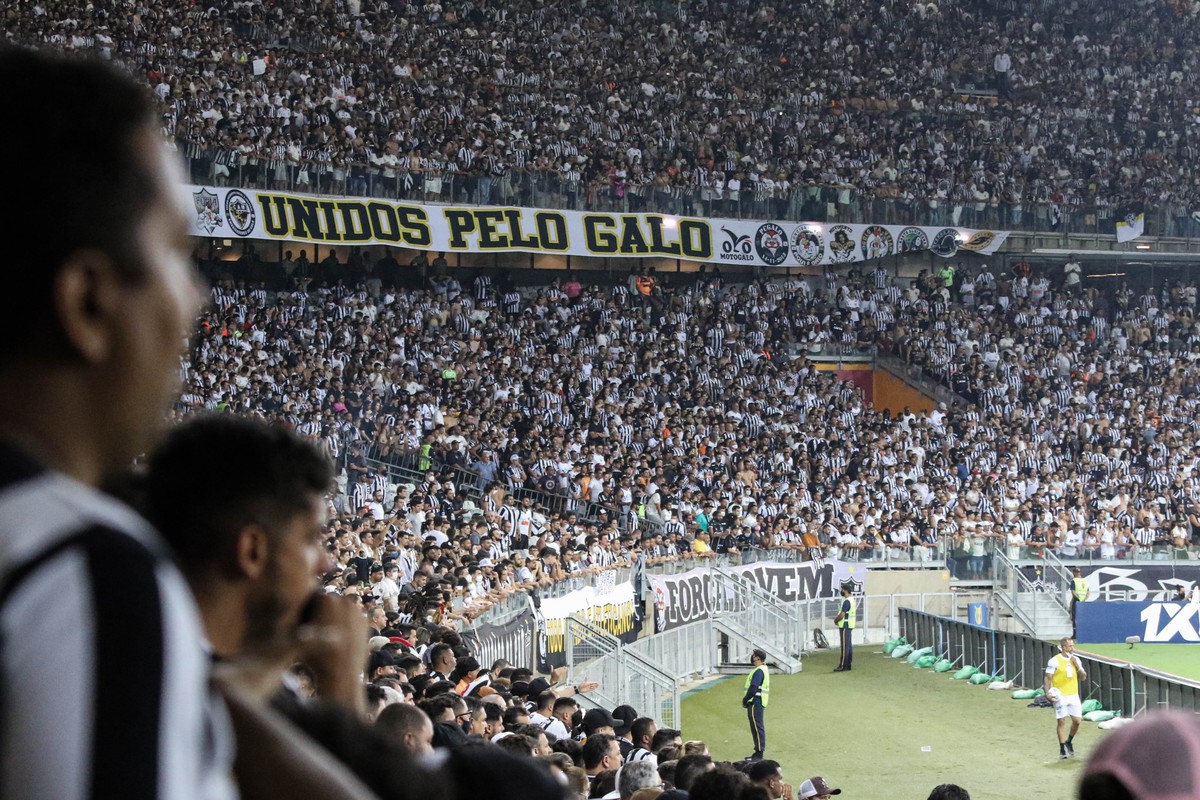 Atletico-MG’s partner-supporter program, Galo na Veia, hit the mark of 100,000 customers this week, a number that, in March 2020, at the beginning of the pandemic in Brazil, was 22,000 subscribers. More precisely, today there are 107,000 fans looking for interaction, benefits and tickets through subscriptions. And the program is about to be revamped.

The goal is to increase not only the number of members, but especially the “average ticket” (average monthly amount spent per fan), which was around R$15 in March 2020 and is now approaching R$30. new level, the time is for restructuring.

The growth in a period with total football stoppage – and later with games without a public – was due to the change in the view that the supporting partner is a program essentially related to discounts or ticket transfers. And so the reformulation. Reginaldo Diniz, CEO of End to End, which manages the Atlético-MG program, explains:

– Galo na Veia is not so recent, but it had just had a “rebranding” (brand and visual identity change) in March. It was more popular, with a more accessible average ticket and, unlike most programs that are backed by admission, it became a great relationship and activation program. The pandemic provoked disruptive thinking in clubs, and perhaps Atlético-MG surfed this wave better of understanding that a partner-fan program is much more a relationship program than a place in line with priority to buy tickets.

In numbers, the club went from revenue of R$9.5 million with partner-fans in 2020 and should close 2021 with around R$14 million. But with a detail, as highlighted by the marketing director of Atlético-MG, Renan Cavalcanti.

The focus now is to reach those who are far from Mineirão. Atlético will soon launch a program aimed at fans who live abroad. In addition, the club’s most expensive plan today will undergo reformulation and there are still other subscription modalities already aligned, but still without defined launch dates.

Another important point to consider in the reformulation of Galo na Veia is the forecast for the inauguration of the club’s new stadium in just over a year. There will be plans specifically focused on those who are regular attendees of the games and others for those who cannot attend either for financial or logistical reasons.

– There are two pillars. The guy will get into the excitement if the team does well. The fans enter the positive moment. But I have to keep this guy in the action. Because the team suddenly doesn’t win, will everyone leave? It can not. So there has to be a rational thing that it makes sense to be a member of. For example, a partner buys a camera with R$1,000 off, already paying for her plan for three years. Then it makes sense to join, that’s what I want.

In times of budget closing, goals are discussed but not set. This year’s has already been surpassed.

– We are re-discussing why we hit that number this week. Let’s discuss, 130, 150,000 guys, but I’m going to have a bigger ticket challenge than a base challenge.

Reginaldo Diniz explains how he works for clubs to have satisfactory profitability with supporter partner programs.

– There is an audience for everything, but the clubs still have a large space to try to sell their product with different offers to different audiences. I would pursue between 0.8% and 1% (of members in relation to the size of the crowd) for all clubs in Brazil. You will have a revenue that will correspond to almost 20% of your bucket, with guaranteed money in your box, coming from the fans. It’s super profitable, more than comfortable.

But not everything is positive. With the rapid increase in the membership base, there were also problems in serving these members and criticisms. The club’s response is being implemented.

– We have received, and with good reason, a lot of bombardment from the fans regarding the service. So we are restructuring and for next week we will more than double the team. In fact, we’re not doing it. And we are bringing technology. Atlético already understood that, if they don’t use technology, it’s no use putting 100 people in a “call center” – says Cavalcanti, who is also implementing artificial intelligence service via WhatsApp to help and relieve conventional channels.