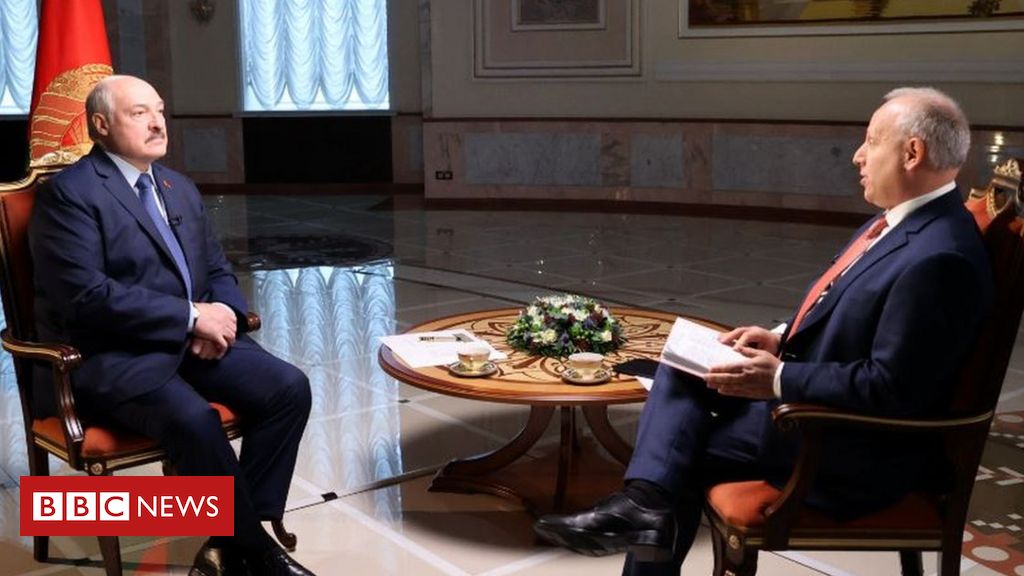 Belarus’ authoritarian leader, Alexander Lukashenko, admitted in an exclusive interview with the BBC this Friday (11/19) that it is “absolutely possible” that his troops are helping migrants to irregularly enter the European Union – which has triggered a major crisis political-diplomatic in the European bloc.

“It’s absolutely possible that our guys (troops) are helping migrants to enter Polish territory. It’s perfectly possible. I’m not even going to investigate it,” Lukashenko said.

Belarus has been accused – and has so far denied – of encouraging the irregular migration, along its borders with Poland, Latvia and Lithuania, of thousands of desperate people from conflict-ridden countries in the Middle East. Some of them froze to death in border areas.

The migration crisis has unfolded in recent months, as an apparent retaliation by Belarus for being the target of sanctions imposed by the European Union.

Polish customs police spokeswoman Anna Michalska told a news conference that late on Thursday (11/18) Belarus officials trucked around “500 people” to the bilateral border and blinded guards Poles with lasers to encourage migrants to cross the border.

Alexander Lukashenko told the BBC that he had told the European Union he would not detain immigrants at the border.

“If they keep coming, I won’t stop them. Because they’re not coming to my country, they’re going to yours (Western Europe),” he declared, complaining that “the West has stopped talking to us and working with us “.

“We are Slavs. We have hearts. Our troops know that migrants are going to Germany, the richest country in the EU,” he continued.

Lukashenko, however, denied the accusation of the EU and NATO that Belarus was not only facilitating the entry of immigrants, but also luring them in under the false promise of allowing easier entry to the European bloc.

“I didn’t invite them (in reference to immigrants) here,” the leader said. “To be honest, I don’t want them to go through Belarus.”

However, judging by dozens of statements by refugees and migrants themselves and by videos that Lithuanian and Polish authorities have released, Belarus’ border agency is directly supporting refugees to cross the border illegally.

In an interview with local newspaper Nasha Niva, a border agency official described, anonymously, his department’s activities as “a complete devaluation of the laws and its oath.”

Furthermore, since 2020, Belarus authorities have canceled or simplified visa requirements for 76 countries. Among them are several affected by serious conflicts, such as Syria, Libya, Iraq and Afghanistan, from which thousands of people are trying to escape.

Travel agencies from Syria, Iraq and Turkey have started selling trips to Belarus highlighting the opportunity for housing and employment in an EU country. Dozens of messages of this type also arrive via WhatsApp, the most used messaging application in the region.

This trip costs between US$ 10 thousand and US$ 20 thousand (something around R$ 50 thousand to R$ 100 thousand), depending on the conditions. According to an investigation by the German press vehicle Deutsche Welle, Belarus consulates have even delegated the right to put their country’s visas in passports to these travel agencies.

Finally, Belarus significantly increased the number of flights from Middle Eastern nations. Several countries in Europe denounce that even the country’s authorities are behind these offers promoted by travel agencies.

At least 5,000 migrants are estimated to remain in Belarus in the border areas, although hundreds were sent back to Iraq on a repatriation flight that took place on Thursday.

Alexander Lukashenko has been in power in Belarus since 1994, but his re-election to the presidency last year was shrouded in fraud charges and was not recognized by the EU, which imposed sanctions on the eastern European country.

Thousands of protesters and opposition activists were detained by government troops after mass protests. Opposition leader Svetlana Tikhanovskaya was forced to leave Belarus after claiming victory in the election.

His team criticized the BBC for the interview with Lukashenko, for “giving a voice to a dictator”.

In the interview, conducted at the presidential palace, the BBC questioned Lukashenko about peaceful protesters who were beaten during protests. The BBC also showed the leader images of people leaving the Okrestina detention center in Minsk with signs of torture.

“OK, I admit it, I admit it, people got beaten up in Okrestina,” Lukashenko said in the interview. “But there were police officers who were also beaten (from protesters) and that you (the press) did not show.”

The BBC also questioned Lukashenko about the crackdown on civil society entities – the government has ordered the closure of 270 non-governmental organizations in the country since July.

“We’re going to slaughter all the scum that you (West) have funded. Oh, you’re upset that we’ve destroyed your structures! Your NGOs, whatever they are, that you’re funding,” he replied.

The EU accuses Lukashenko – who is close to Russian leader Vladimir Putin – of taking an “inhumane and mobster approach” to his Belarusian leadership.