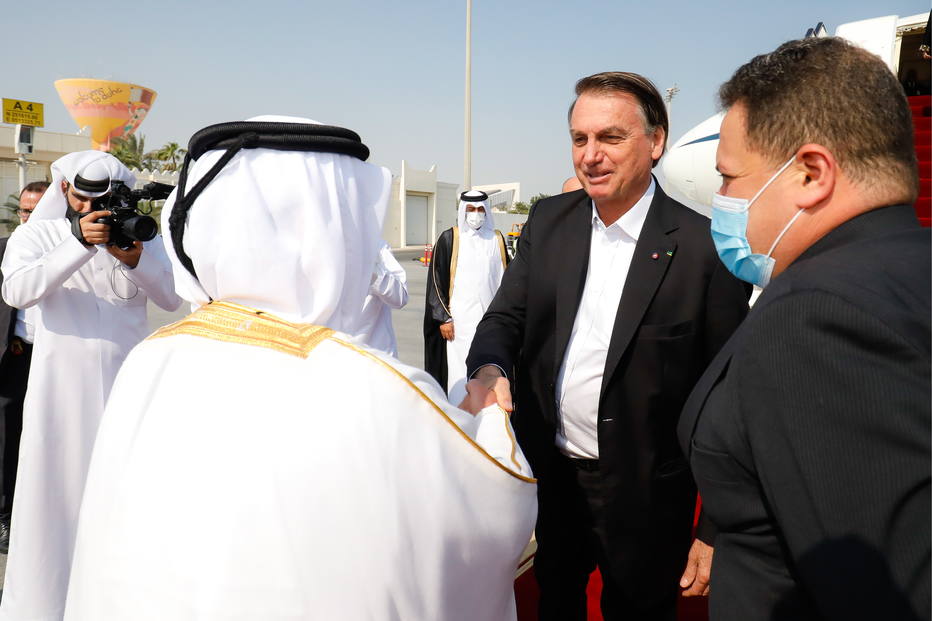 The Arab countries of the Persian Gulf left Jair Bolsonaro more comfortable. In a controlled environment, much less hostile than the Climate Summit (COP 26) in Europe, from which he escaped, the president made his counterpoint during his second visit to the Middle East. In the United Arab Emirates (UAE), Bahrain and Qatar, all of authoritarian political regimes, Bolsonaro insisted on a fanciful version that the Amazon does not burn, posed as a statesman to attract investment to the country, with new promises, and tried to break the isolation International.

The six-day tour of the Persian Gulf took on another dimension after the former president Luiz Inacio Lula da Silva, a virtual adversary in 2022 in the dispute for the Planalto Palace, arrived in Europe. Lula criticized the government, was applauded in the European Parliament and met with the president of France, Emmanuel Macron, who is disaffected by Bolsonaro.

Back in Brazil, Bolsonaro attacked Lula and, in a live broadcast on social networks, this Friday, the 19th, called the deputies who clapped for the PT member crazy. “There are crazy people everywhere,” he said.

In the United Arab Emirates, the president appeared in the pages of the Gulf Today newspaper alongside the crown prince of Abu Dhabi, Sheikh Mohamed bin Zayed Al Nahyan, considered by The New York Times as the most powerful Arab leader today. MBZ, as he is known, is in charge of the country, for health reasons of the president, Sheikh Khalifa bin Zayed Al Nahyan, his father.

The photo was more prominent than the uncritical text. The newspaper did not embark on Bolsonaro’s plot that the Amazon is intact. He only announced that they discussed cooperation between two friendly countries and that the Brazilian would have congratulated Prince MBZ on the fact that the United Arab Emirates will be the next venue for COP 28, in two years’ time.

The meeting, in a palace in Abu Dhabi, cheered members of the Brazilian delegation. Bolsonaro called Economy Minister Paulo Guedes at the last minute to show the portfolio of projects and try to attract “petrodollars”, fixing the head of the economic team in the international mission. Guedes then canceled three meetings he would hold in Dubai with the local economy minister, with DP World, which operates in ports in Brazil, and with the sovereign fund Investment Corporation of Dubai. He later reported that Bolsonaro was treated very well and that he enjoys this type of conversation.

football in the wheel

There was even a football “dispute” to see who would make his club happy when the sheikhs showed interest in buying football teams in Brazil. Bolsonaro suggested Palmeiras, Guedes proposed Flamengo and Flávio, Vasco.

A diplomat who witnessed the tête-à-tête between Bolsonaro and the prince defined the conversation as “substantive”, outside the standards of such meetings at the highest political level. But he said that investment by sovereign wealth funds tends to take some time, as the sheikhs are cautious and “the whole world is chasing their money.”

“Our relationship is one of the best, very friendly,” said congressman and businessman Saeed Alaabdi, who represents Ras Al Khaimah, an emirate in the north of the Arabian Peninsula, and works in the friendship group between Brazil and the UAE.

Trade promotion diplomats cited that confidence between countries increased because Bolsonaro did not limit food exports such as chicken and rice during the most critical period of the covid-19 pandemic, which ensured supplies in the Persian Gulf.

In Dubai, Bolsonaro followed the ceremonial activities alongside the local authorities, but slipped off the agenda earlier to visit the Burj Khalifa, the tallest building in the world. Without informing him of the commitment, he appeared at a political dinner offered by the Federation of Industries of Minas Gerais (Fiemg), at a all-you-can-eat steakhouse. He also took the opportunity to visit a jiu-jitsu championship in Abu Dhabi, a modality that the Arabs imported from Brazil for years. And in Qatar, he took a motorcycle tour with a local club, moving to the Lusail stadium, which will stage the final of the World Cup in 2022.

The president was also received as head of state in Doha by the Emir of Qatar, Sheikh Tamim bin Hamad Al Thani, and visited the King of Bahrain, Hamad bin Isa Al Khalifa in Manama, where he opened his government’s first embassy.

Bolsonaro was not bothered with questions or bothered. In a speech at Expo Dubai, the principal only stated that in Brazil freedom and democracy are the people’s greatest assets – the local government is a monarchy. He then thanked the emirates for respecting the differences and said that the peoples of the two countries are “increasingly similar”. The most likely parallel is that the expatriate population is the largest in the UAE and Brazil, a traditional destination for immigrants.

O state twice witnessed specific hostilities to the president. There were shouts of “Out, Bolsonaro” and “Genocida” by three young Brazilian women who met him while he was circulating at Expo 2020 Dubai. The members of the delegation even countered the attack, although the president did not show any reaction.

First lady Michelle Bolsonaro, who accompanied him on the Arab tour, broke the protocol. At Expo Dubai, she entered the reflecting pool of the Brazilian pavilion and lay down in a hammock, as if she were on a beach.

Also at the fair, Bolsonaro preferred to walk instead of using golf carts, walking a few kilometers inside the Expo, a tiring journey. Even surrounded by security guards, he managed to meet his supporters. It was the way to guarantee the images that show him how well received out there.

The pocketbook bubble on the internet was fueled in Brazil by content published by the deputy Eduardo Bolsonaro and by the senator Flavio Bolsonaro, the two sons who accompanied the president. This was also the role of advisors at the Planalto Palace and of some political friends who joined the delegation, such as the former Senator Magno Malta (PL-ES), the councilor in Belo Horizonte Nikolas Ferreira (PRTB), lawyer Sérgio Sant’Ana, from Instituto Conservador Liberal, and jiu-jitsu coach Renzo Gracie, a fan of the president and celebrity in the United Arab Emirates.

All disputed Bolsonaro’s isolation in the global arena, abundantly documented during the G-20 meeting in Italy. To counter this fact, they published images of the president circulating among fans. The 15th of November was Brazil Day at Expo Dubai and delegations of agro businessmen and also industrialists, such as the group from Minas Gerais, acted as a cheerleader for the president.

The counteroffensive ignored that the lack of international dialogue will not be overcome with selfies among Brazilian tourists abroad, but rather with bilateral meetings with influential global leaders. Bolsonaro never spoke, for example, with President Joe Biden, of the United States, whom he considers “a little closed”.