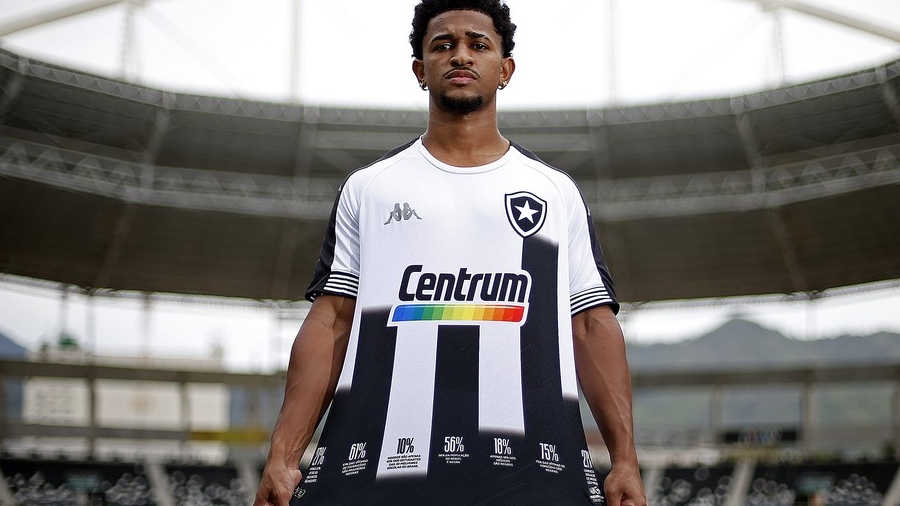 With guaranteed access to Serie A, Botafogo went one step further and decided to transform the stripes on its uniform into graphic bars that indicate inequality caused by racism. Baptized as the “Manto da Desigualdade”, the shirt will be worn by the stove next Sunday (21) against Brasil de Pelotas-RS.

The action in partnership with Centrum, sponsor of alvinegro in Rio, is part of the weekend in which Black Consciousness Day is celebrated, more specifically on Saturday (20th).

“The initiative once again explores the broad potential of football as a tool for collective awareness, this time with a focus on social inclusion and the fight against violence and racial discrimination. The objective is to debate, alert and educate fans, football lovers, club professionals, journalists and the entire Brazilian population about racial discrimination on and off the field”, explains the club in an official statement.

Another Botafogo initiative is to auction off the shirts used by players in next Sunday’s match. In addition, the club promises to donate the amount raised to the Observatory of Racial Discrimination in Football. For interested fans, the stove will make 1,000 available in the Botafogo virtual store, with prices of R$ 249.90 and R$ 259.90.

“This action is of great relevance to society and, understanding this, we had the full support of Estrelabet, which ceded the position of master to Centrum and will also contribute to the debate on the topic of racism in football. The club is very happy to be able to collaborate in some way with the discussions on the topic and still count on the unrestricted support of its partners”, highlighted the business director Lênin Franco.

+ Horoscope: check today’s forecast for your sign
+ Video: Driver leaves Tesla car on autopilot and sleeps on SP highway
+ Food stamps: understand what changes with new rules for benefit
+ See which were the most stolen cars in SP in 2021
+ Expedition identifies giant squid responsible for ship wreck in 2011
+ Everything you need to know before buying a crockpot
+ Discovered in Armenia most eastern aqueduct of the Roman Empire
+ US agency warns: never wash raw chicken meat
+ Passenger attacks and pulls out two stewardess teeth
+ Aloe gel in the drink: see the benefits
+ Lemon-squeezing trick becomes a craze on social media