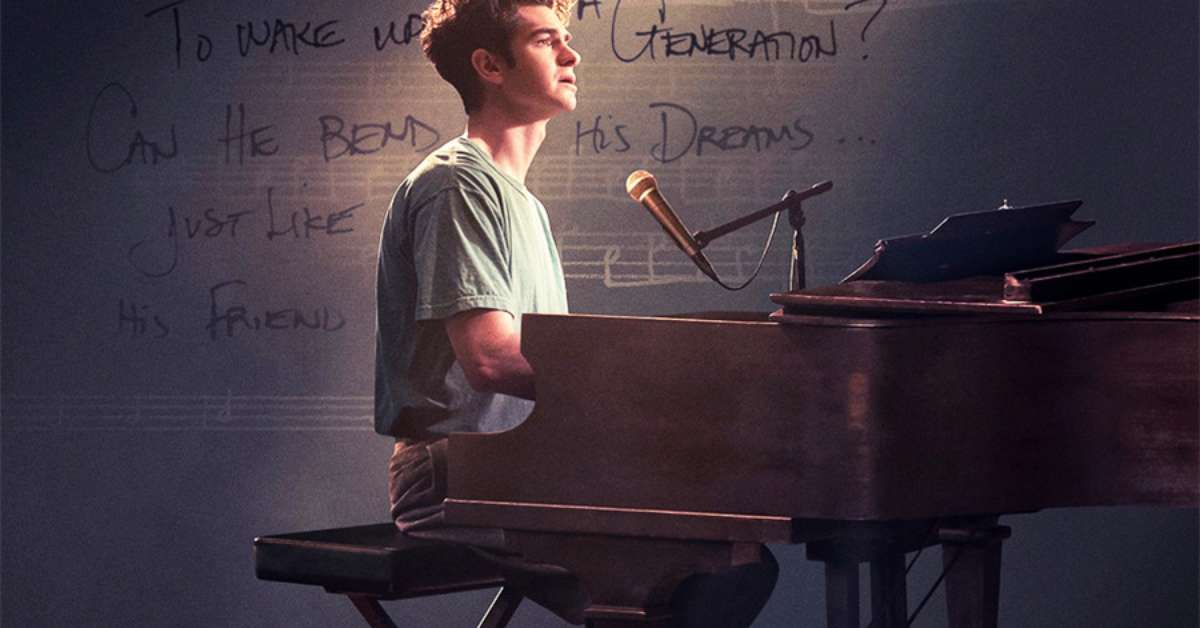 The Top 10 is back. With the overwhelming increase in movie offerings to watch at home, highlighting the most relevant options becomes the best curation. But the lists also multiplied. To reflect the evolution of the market with the arrival of many new platforms in 2021, from now on there will be two movie lists: one for streaming subscriptions and the other for VOD (digital rental) releases.

And this weekend’s streaming programming is marked by engaging musicals, cutting edge animations, teenage stories and a dip in Japanese cinema.

Lin-Manuel Miranda (the author of ‘Hamilton’) has worked on no fewer than four films in 2021. And after two animations and the adaptation of his play ‘In a New York City’, he now makes his directorial debut with ‘ Tick, Tick… ​​Boom!’, in which he honors another celebrated Broadway author. The result is nothing short of spectacular.

The film adapts Jonathan Larson’s play of the same name and features Andrew Garfield (‘The Spectacular Spider-Man’) as the playwright before the hit, looking forward to his 30th birthday and the debut of his dream project: ‘Superbia ‘, a rock opera inspired by George Orwell’s ‘1984’ – which in real life was never produced. The text is a great relief, dispensing with the grandiose structure of Broadway to be presented as a ‘pocket’ show on small stages. Originally starring only Larson and a band in 1990, the play was expanded after the author’s death in 1996, making its debut as an off-Broadway musical in 2001.

The version that comes to streaming is the posthumous one, which included characters other than Larson. And it has a script, by the way, by another Broadway star: Steven Levenson, responsible for ‘Dear Evan Hansen’ – in addition to having won the WGA Award (Writer’s Union Award) for the miniseries ‘Fosse/Verdon’, in honor of the musicals.

It’s worth remembering that, while expressing his frustration in the solo show, Larson ended up developing ‘Rent’, his biggest hit, which unfortunately he never enjoyed. The playwright died of heart problems on the morning of the premiere of ‘Rent’, aged 35, winning all possible awards (from Tony to Pulitzer) posthumously.

Netflix also released the award-winning biopic of singer Elton John. Very different from ‘Bohemian Rhapsody’, although it shares the director (Dexter Fletcher was the one who saved the film from Queen after Bryan Singer’s firing), it has a structure closer to Broadway shows. It’s just that even his outbursts of poetic fantasy are true to reality. Taron Egerton, practically a boy in ‘Kingsman: Secret Service’ (2014), surprises in the lead role. And, of course, there is no lack of hits. The detail is that the actor himself sings the hits, without making lip synch – unlike, again, ‘Bohemian Rhapsody’.

One of the top recent indies titles, with no less than 99% approval on Rotten Tomatoes, ‘Eighth Series’ marked the debut of comedian Bo Burnham as a film director in 2019 and kick-started the career of child actress Elsie Fisher, until then voice actor (She is the original voice of little Agnes from ‘My Evil Favorite’).

The little star plays the protagonist, an 8th grade girl in elementary school who faces the crises of her age, such as absurd shyness, lack of popularity and the feeling that her life is a failure, all before reaching puberty. Combining drama and humor, the film is of a tenderness impossible to resist and won no less than 60 international awards.

Kateryna Gornostai’s debut feature ‘Stop-Zemlia’ takes its title from a child’s play and takes a contemplative approach to adolescence as it follows a girl on her journey of self-discovery towards maturity with a breathtaking photograph. It has won 10 awards, including the Berlin Film Festival Crystal Bear, for Best Film in the Generation show for children over 14 years old.

‘Before Everything Disappears’ | Sci-fi | Drama

Japan’s most award-winning fantasy film author, Kiyoshi Kurosawa draws inspiration from the classic ‘Vampires of Souls’ to tell a story of Earth’s silent invasion, in which three aliens impersonate humans to clear the way for an attack. Despite the clear reference, it is an adaptation of a Japanese play (by Tomohiro Maekawa) and the approach differs from the traditional plot of ‘Body Invaders’ by reinforcing humanism as a weapon against annihilation.

‘The Fable: The Killer Who Couldn’t Kill’ | Japan | action comedy

‘The Fable’ and its sequel adapt the popular manga of the same name by Katsuhisa Minami, which won the Kodansha Manga Award and has sold more than 8 million copies. It’s an action comedy about a professional killer who is given an unusual mission: not to kill. He must get a normal job and live with a professional colleague as if they were two brothers for a year – or until he gets the order to act, which never comes. However, Akira ‘The Fable’ Sato can’t maintain aloofness when she sees injustice around her, which creates a lot of complications – and fun for the audience.

The first animation created by computer graphics is also the weakest by the famous Studio Ghibli. The film by Goro Miyazaki, son of studio founder Hayao Miyazaki (‘Chihiro’s Journey’), is based on the children’s book by Diana Wyne Jones (the same author of ‘The Animated Castle’) and its animation is entirely digital – like Pixar productions, for example.

The plot follows Aya, a young girl who grew up orphaned not knowing she is the daughter of a witch, but ends up being adopted by another witch, going to live in a house full of magic and scary things. Ah, in addition to being a witch, she is also a rocker.

Highly stylized and avant-garde, Dalibor Baric’s animation follows an activist and a conceptual artist fleeing the law, but the real revolution is less in the story and more in the poetic and abstract form used to tell it, using everything from collages to gravure. A visual spectacle.

There are two Brazilian releases streaming this weekend. One is the movie based on the ‘Motorcycle Girl’ series on Amazon Prime Video. The other is Leandro Hassum’s new comedy on Netflix. And almost none of them made it to the Top 10.

‘Amor Sem Medida’ is Hassum’s second comedy on the platform – after ‘Tudo Bem No Natal Que Vem’, last year, and has a typical premise of 1990s American comedies, with Juliana Paes (‘A Dona do Pedaço’) falling in love with the doctor played by the comedian, after the two accidentally switch cell phones. Only, when they meet live, she discovers that he is short, practically a dwarf. The rest of the story is a big cliché with a message of overcoming prejudices.

But the production does not overcome its own prejudice. In fact, the use of visual effect to diminish Hassum precludes the clear and rare possibility of scaling an actor to true role height. And there would be no shortage of candidates. After all, Gigante Léo has already starred in a similar story in ‘High Expectations’, a romantic comedy that dealt with the same ‘love without measure’ in 2017.

It is worth pointing out that ‘Amor sem Medida’ is a remake of the Argentine film ‘Lion’s Heart – Love Doesn’t Have Size’ (2013), which eight years ago used the same trick with actor Guillermo Francella. The direction is by Ale McHaddo, who had already worked with Hassum in ‘O Amor Dá Trabalho’ (2019) and in the animated series ‘Osmar, a Primeira Slice of Shape Bread’ (2013-2015).