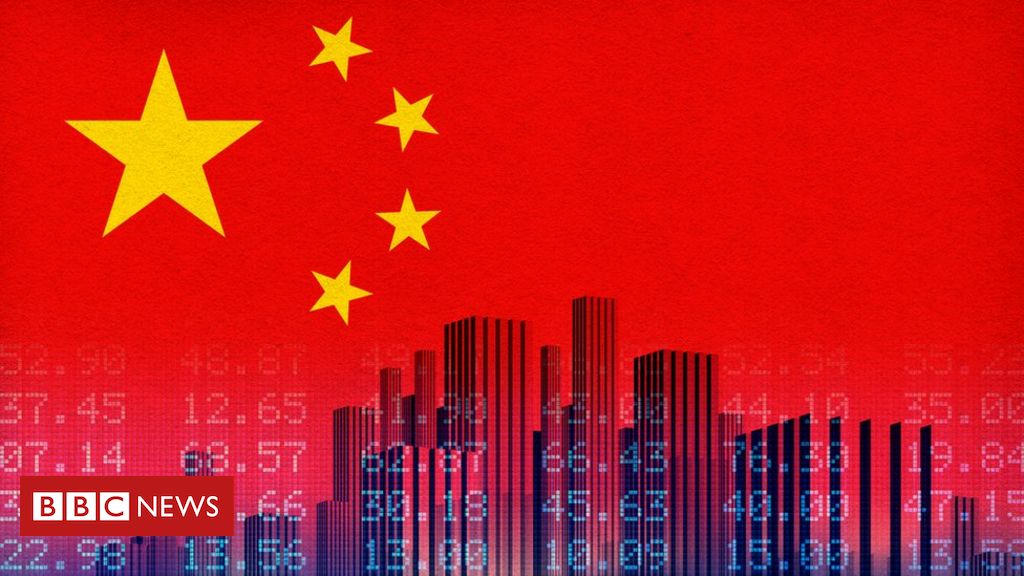 In recent months, hardly a day goes by without the announcement of some government resolution that frames one or another sector of the Chinese economy.

Tough regulatory measures and strict enforcement of existing rules target many of the country’s largest companies.

The phrase is not new in China. It has been in use since the 1950s, when it was used by Chinese leader Mao Zedong.

The escalation of references to the term in 2021, the year the Chinese Communist Party celebrates its 100th birthday, has been interpreted as a sign that “common prosperity” occupies a central place in Beijing’s politics.

The goal is to bridge the immense gap between the nation’s richest and poorest citizens. Some believe that this inequality jeopardizes the rise of the world’s second-largest economy and poses an existential threat to the Chinese Communist Party.

The recent measures are also seen as a way to put limits on the billionaires who own the country’s biggest companies and to give consumers and workers a greater voice in the way these companies operate and distribute their earnings.

The rise in tone in recent months has translated into actions taken against the interests of Chinese companies.

Everything has been undergoing a major overhaul – from insurance, private education, contractors and even plans for companies to go public in the United States.

These measures have had a huge impact on both the Chinese economy and society – and the effects are felt around the world as well.

Uncertainty over how business in China is regulated has made it difficult for overseas companies to make decisions about investing in the country.

Other analyzes point out that this uncertainty is short-term, only for the period of implementation of the new rules – this is, by the way, the way the Chinese government sees the issue.

Even before Xi Jinping’s new policy on the Chinese economy was fully revealed, Beijing had put in place a “shock and awe” tactic as a show of power.

Less than a year ago, Jack Ma, the Alibaba multibillionaire known for his flashy appearances at corporate events, awaited the debut of one of his top companies on the stock exchange.

The initial public offering (IPO) by Ant Group – Alibaba’s financial arm and owner of the largest digital payment platform in China – was estimated to reach $34.4 billion.

The sum would have made Ma the richest person in Asia, but he made a speech criticizing the Chinese financial system.

Days later, the company’s debut on the Stock Exchange was canceled and Jack Ma was not seen in public again for several months.

Since then, Alibaba has received a record $2.8 billion fine after an investigation pointed to abuse of economic power. Ant Group also had to announce a drastic reduction to its business plan.

It wasn’t clear whether the episode was linked to the government’s “common prosperity” initiative, but Jack Ma’s spectacular fall and the measures taken against his business were a powerful showcase of what was to happen in every corner of the Chinese economy.

The tower of debt that rocks

The Evergrande group is another business giant in China that has found itself grappling with the policy of “common prosperity”.

Its main area of ​​expertise is real estate development, but the company has also marked territory in fields such as wealth management, electric cars and beverage manufacturing. It also owns a great soccer team, in which the Brazilian Paulinho and the Argentine Darío Conca (ex-Fluminense) have already played.

The company runs the multibillionaire Hui Ka Yan, who, according to Forbes magazine, briefly in 2017 became the richest person in Asia.

This year, a debt crisis hit Evergrande, with major repercussions in international markets.

Amid plans to become one of the biggest forces in the construction industry in China, the company has racked up debt in excess of $300 billion.

Beijing now assesses heavily indebted firms as a threat to the economy. It was with the Evergrande case in mind that the Chinese government introduced measures to cut lending in the real estate sector.

Now, without the possibility of incurring new debts, the company has difficulties to pay off the existing ones.

Under the “common prosperity” doctrine, officials seem to be more likely to help those who have purchased Evergrande properties or wealth management clients than the company itself and lenders.

That impression was confirmed in September, when the Central Bank of China, without mentioning Evergrande directly, said that real estate clients would be protected against any bumps.

This all adds up to a major headache for international investors, who saw the company’s shares lose more than 80% in market value within 6 months.

Games industry in the crosshairs

When, in early August, Chinese state media called the online games “spiritual opium,” the message was interpreted as a warning sign.

The news sent stocks in game companies like Tencent and NetEase crumbling and forced the gaming industry to brace for measures from Beijing.

Minors were told they could only play for one hour on Fridays, weekends and holidays and only between 8pm and 9pm.

The new measures mean that it is game companies’ responsibility to prevent children from breaking the rules. The inspection of firms was reinforced.

Beijing also signaled that surveillance over the performance of companies will not stop there. A 10-point plan was published in August with a schedule until the end of 2025 for further regulatory action on the Chinese economy.

It remains unclear how this new approach will influence the world’s second-largest economy. The result will have profound effects on everyone, living in China or not.

This is the second in a three-part series that examines China’s transformations and its role in the world.

Part three will explore the global implications of changes to the country’s business and operations.