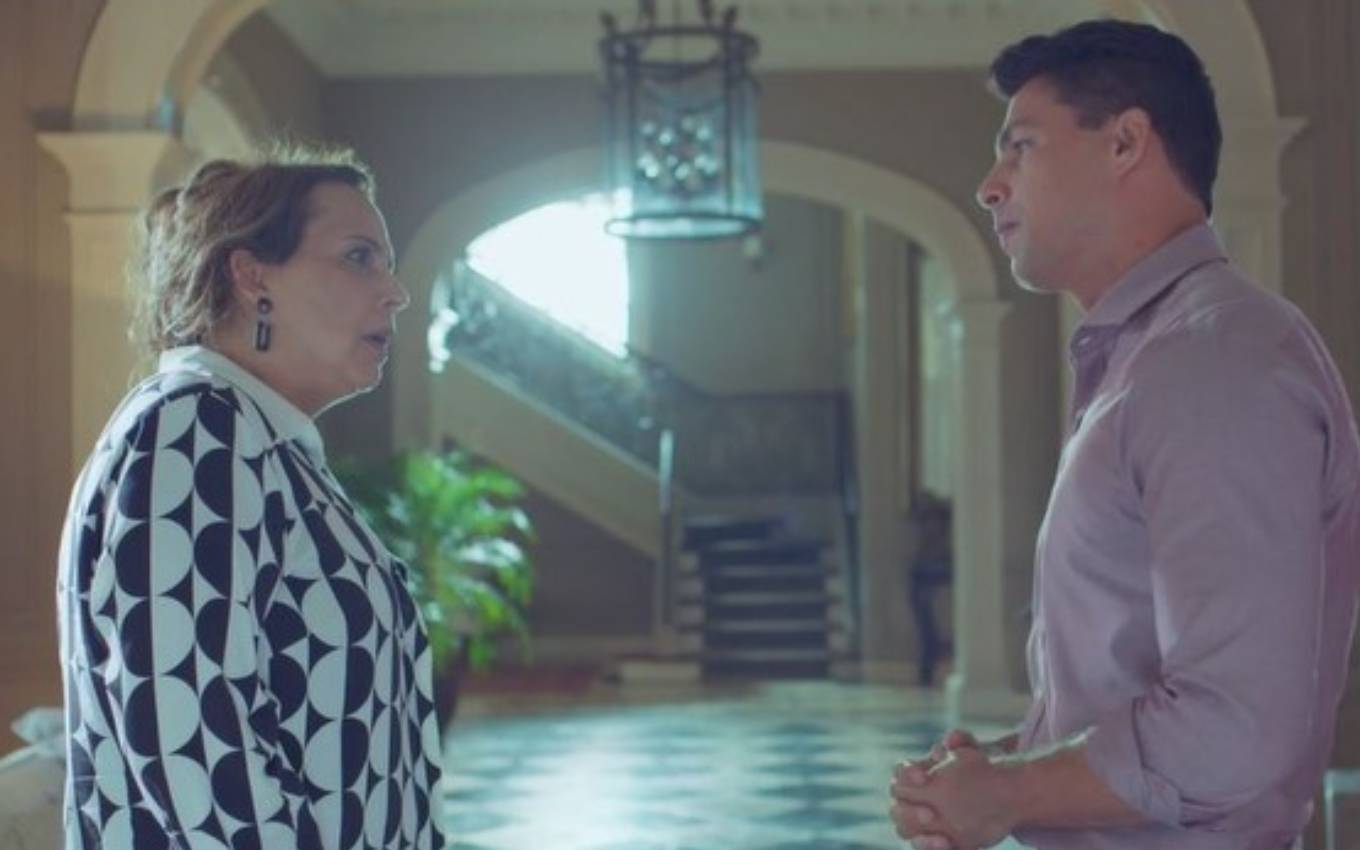 Christian (Cauã Reymond) will leave Elenice (Ana Beatriz Nogueira) perplexed in Um Lugar ao Sol. The boy, who took the place of his twin brother, won’t care a bit about the death of his son with Barbara (Alinne Moraes). He will have a tense conversation with Renato’s adoptive mother, and his coldness will shock her on Globo’s nine o’clock soap opera.

At the chapter scheduled to air this Saturday (20), the dondoca will find the fake child at Santiago’s house (José de Abreu) ​​and will apologize for having bought a trousseau for the baby abroad.

“For me, no problem,” will fire Christian. Ana Beatriz Nogueira’s character will be bothered by the boy’s indifference. “How, no problem, Renato? It’s your son’s things. Okay, I understand, when it’s something very difficult, you shut down, defend yourself, but…”, she will argue.

Santiago will emerge and try to put a stop to the situation, but the clash will resume when the faker suggests that the gifts be given to Ravi (Juan Paiva).

“Honestly, the clothes, shoes, bed linen… These are things so fine, some even underlined, that I don’t even know if the driver will feel good, or even if his son will have a place to use it”, will contest Elenice. “What kind of comment is that, Elenice? Clothes are clothes, shoes are shoes. And as far as I know, everybody needs them, doesn’t they?” Christian will retort.