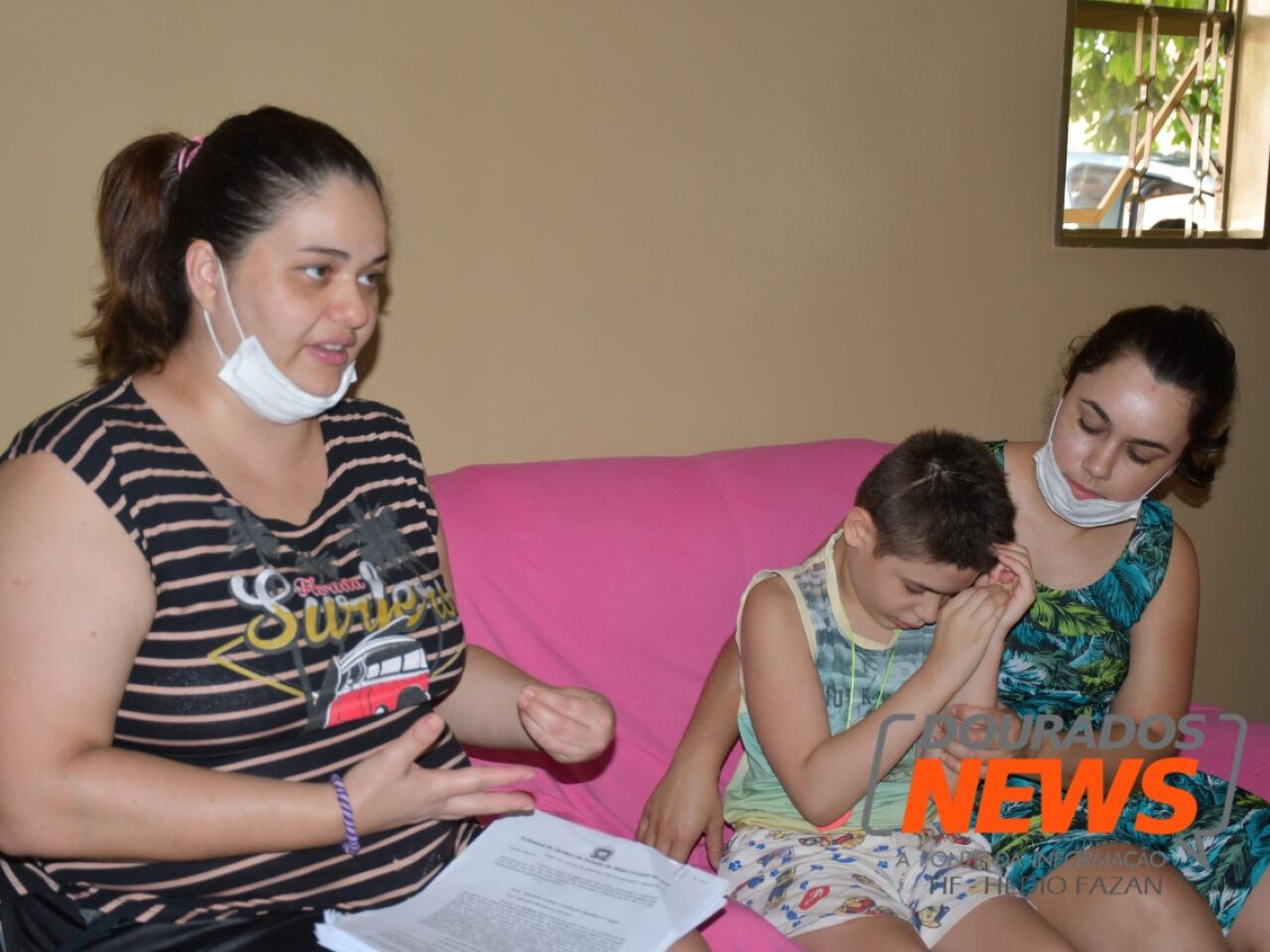 Iran Assunção Anderson Martins, only eight years old, has struggled for life since he was born on January 27, 2013, weighing just 520 grams. Due to eclampsia, Lene Assunção Anderson had a premature birth and gave birth to her child at just five months and three weeks of gestation.

The boy was born with 27 centimeters, cerebral palsy, microcephaly, severe autism and epilepsy and, despite many claiming that he would not develop, the progress due to health treatments carried out in recent years, including 19 surgeries, are visible.

After a campaign to raise money, in 2016 the family managed to take Iran to undergo stem cell surgeries in California (USA) and Bangkok (Thailand), which cost around R$ 200 thousand, including treatment, accommodation and food .

According to the mother, after the surgery, the child could see again, began to move the trunk, arms, got out of a wheelchair and was able to walk, with assistance. The next step would be to take the boy out of the country again to undergo surgery that would help in the development of speech.

However, a decision of the Court of Justice of Mato Grosso do Sul, on September 22, suspended the obligation for the health plan to cover the costs of therapies for “failure to prove the urgency/emergency of the case”.

With this decision, he has access to conventional physical therapy, speech therapy and occupational therapy, however, he needs to stay in queues due to high demand. Also, it is not the specific treatment for the case.

The boy loses the right to therapies such as: Bobath Method, pediatrics and medeck with 4 intensives a year and their maintenance, Hippotherapy and Hydrotherapy.

Lene’s despair is because in less than a month without the therapies, Iran started to regress, losing movement, and can’t walk anymore, and her lungs have also regressed. “In the middle of the last stage of complete healing, it regresses”, explains the boy’s mother, in tears.

A retired military policeman, the woman claims that she earns around R$ 2,500 a month, however, the costs with the child reach R$ 10,000. Every month 20 diaper packages, 40 liters of soy milk, eight anticonvulsant bottles and six suppository boxes are used.

In addition to appealing to have access to the health plan, the mother intends to use the amount raised to pay for the child’s new surgery to develop speech.

Currently, to pay for the treatments and to support their son, Lene and her sister Rozimary Dantas sell raffles, key chains, in addition to asking for donations in local businesses.

Battered, woman tries to jump in a car after being taken by her ex

Man breaks the glass door of a health post with headbutts

PF asks for investigation into suspected corruption in ‘secret budget’

Petrobras says it will not meet fuel demand in December