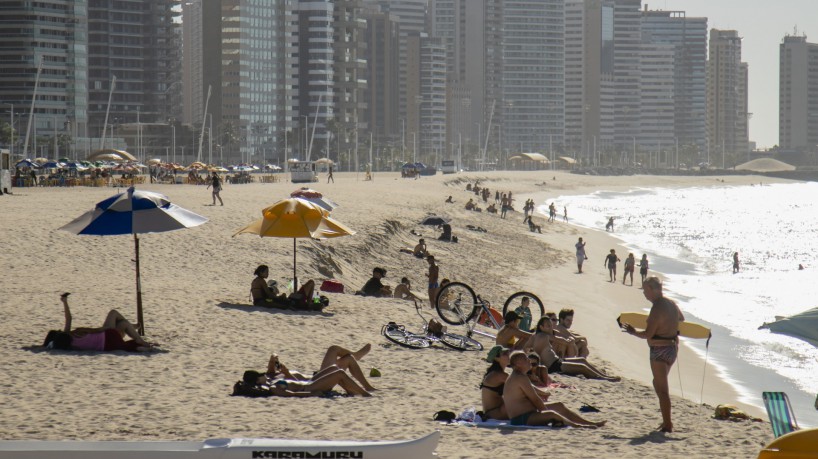 With two deaths in the last seven days and a reduction in the moving average of confirmed cases, the indicators of the pandemic in Fortaleza continue to show improvement, as noted by the Municipal Health Department (SMS) in an epidemiological bulletin released this Friday, 19th. deaths, the folder considers that they are classified as a “relatively rare” event, with four episodes recorded during the month of November.

The department also points out that the city is currently experiencing a downward trend in transmission, after a period of high mortality in the second wave, especially between March and April. Currently, according to the document, the epidemic curve of cases is graphically expressed as a plateau, due to the reduction in cases — with less than 20 cases per day. The index is less than one case per 100,000 inhabitants per day, characterizing low transmission.

The improvement in rates, however, does not mean that the situation is under control, according to the SMS. “Despite the gradual and significant decrease in new cases, it is noteworthy that there is still (limited) community transmission of the disease, and the Delta variant was introduced. For this reason, the incidence of the disease must continue to be rigorously monitored”, he argues.

The agency emphasizes that the current scenario bears similarities with what was observed in August of last year, as “a reflection of the end of an epidemic cycle”. At this time, however, the reason for the decrease in fatalities is enhanced by the vaccination of a large contingent of the population — 68.4% with two doses or a single dose of the vaccine against the disease, according to an estimate for 2021 by the Brazilian Institute of Geography and Statistics ( IBGE).

A total of 9,841 people from Fortaleza died and 258,691 were contaminated as a result of Covid-19, according to data from IntegraSUS, the platform of the State Health Department (Sesa), consolidated at 11:55 am this Friday, 19th. More than 208 thousand people managed to recover of the disease and about seven thousand cases are still being investigated in the Capital.