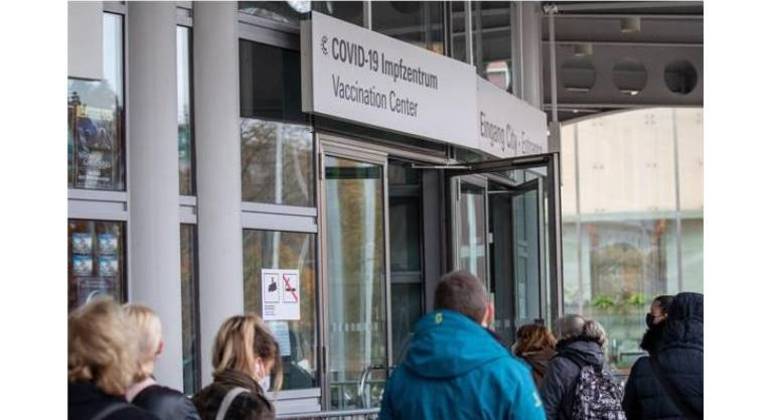 The acting German government and the Robert Koch Institute (RKI) of virology warned this Friday (19) to the extreme situation in which Germany finds itself, with consecutive peaks of new infections by Covid-19 and with the risk of saturation of hospitals.

“The situation is serious, more serious than it was a week ago,” acting Health Minister Jens Spahn said, while RKI President Lothar Wieler said “all of Germany is one big outbreak.”

In a joint press conference, Spahn pointed out that in just the past four weeks the incidence has increased fivefold and successive spikes have been recorded, with, as a result, an “unfortunately high” number of hospitalizations and deaths.

“The reality is that only with vaccines and booster doses we won’t be able to break the fourth wave in the short term, so measures are needed to reduce contacts,” he said.

Germany is experiencing the worst moment of the pandemic due to the Delta variant and the insufficient vaccination rate, with 67.9% of the population on a full calendar, which “is difficult, it hurts and it’s frustrating” because everyone was just waiting for another winter thanks to the vaccines, said Spahn.

In turn, Wieler highlighted that the number of active cases exceeds half a million and the accumulated incidence in seven days is 300 new infections per 100,000 population – 340.7, according to updated data.

He warned that the situation will get worse. Therefore, he called for action, the use of time and, above all, the consistent implementation of the agreed rules. “A rule that is not followed makes no sense, and then it is suggested that it is not effective”, he criticized.

He referred, in particular, to the maximum hospitalization rate limits agreed yesterday between the central government and the federal states, from which gradual and regional restrictions will be introduced.

Thus, where the hospitalization rate exceeds 3 per 100,000 population in seven days, only people who are vaccinated or cured will have access to bars, restaurants and other closed public spaces.

If the index reaches 6, those immunized must also test negative, and if the limit of 9 is exceeded, there may even be a decision to end public life.

However, that rule, in the current situation, is no longer sufficient, said Wieler, who once again advocated canceling large events, closing high-contagion venues such as clubs and bars, and reducing private contacts.

Spahn, in turn, recommended not ruling out any option when asked about a new break in public life, although he stressed that the effort should focus on not reaching this situation.

Precisely, one issue that shows the difficult situation is the need to transfer patients within the same health region as the five into which Germany is divided, warned Spahn, who did not rule out that patients have to be referred to other regions and even to neighboring countries.

The problem, he added, is that the peak has not yet been reached, and even if no one else is infected today, the number of patients in intensive care units will continue to grow.

Spahn and Wieler insisted on accelerating vaccination in the country, where only 70.4% have received at least the first dose and 5.2 million booster doses have already been administered. “Being vaccinated is not a private matter, it’s a matter of solidarity,” Spahn said.