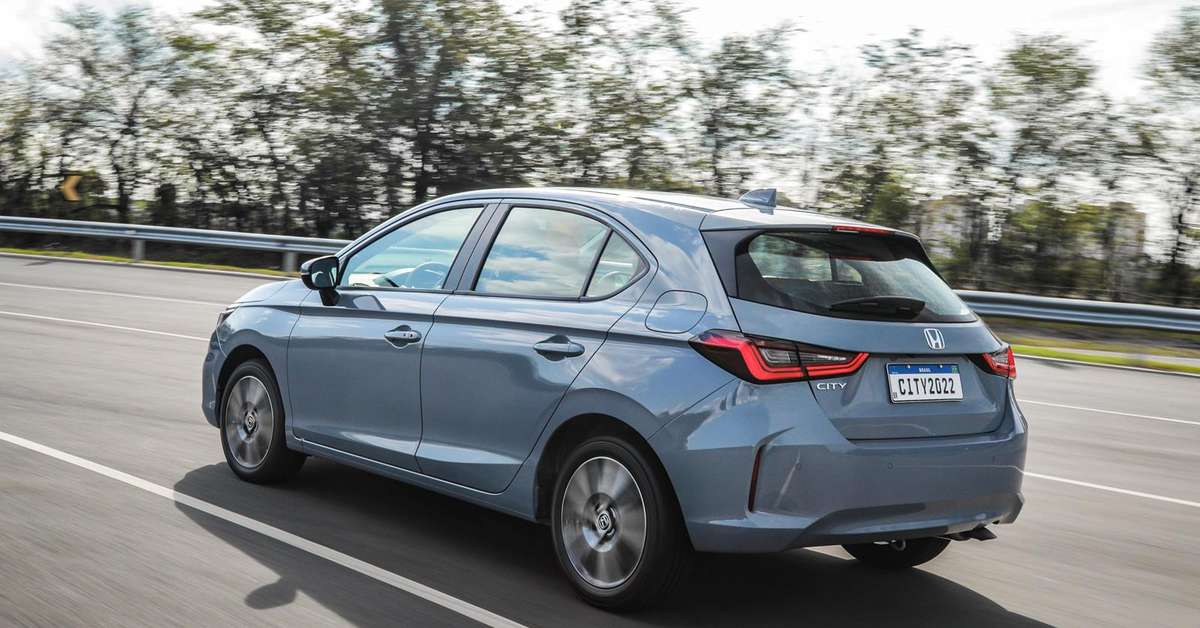 Honda Fit will be discontinued. Will City Hatchback be worth it?

Yadunandan Singh 2 weeks ago Business Comments Off on Honda Fit will be discontinued. Will City Hatchback be worth it? 5 Views

Launched in Brazil in 2003, the Honda Fit will be discontinued this year. A retirement that may be regretted by many consumers, but the Japanese automaker guarantees that no one will be left out. According to Honda, the unprecedented City Hatchback will have the same characteristics that made the Fit a success – internal space, versatility and reliability. Really? Let’s compare.

The Honda City Hatchback will take the Fit’s place on the production line in January, when the reserve period opens. The car will be at Honda dealerships in March. The Honda Fit was sold with a people carrier concept; the City Hatchback, as the name implies, is a superior compact hatchback (or premium, as Honda prefers to say).

The City Hatchback, therefore, is more “flattened” than the Fit. This is good in terms of dynamic handling as the center of gravity is lower and the car should be more stable in corners. The wheelbase of the City Hatchback is 7 cm longer than that of the Fit (2,600 m against 2,530 m). In terms of indoor space, therefore, we can expect City Hatchback to be at least equal to Fit.

The car that retires, however, will leave a certain nostalgia in the trunk category. The Fit holds 363 liters of luggage, while the City Hatchback will only carry 268 liters. To give you an idea, the Volkswagen Gol has 285 liters of luggage compartment. This is exactly where the big difference lies in the positioning of City Hatchback in relation to Fit.

According to Honda, the City Hatchback comes with the purpose of attracting younger-minded consumers interested in technology to the brand. The Honda Fit clearly had a family car proposal. For these, Honda reserves the new generation of City sedan, whose trunk has 519 liters of volume.

But the buyer of a car that looks like a Honda Fit won’t necessarily switch to a sedan like the New City. For many consumers, “sedan is an old man’s car”. Well, for these, the WR-V option remains (for now). We consulted Honda about the future of the WR-V – which is nothing more than the Fit’s crossover – and the answer was that there will be no answer. It’s got to wait – but a replacement WR-V could be on its way, as we’ve shown recently.

Returning to the comparison between City Hatchback and Fit, in addition to the differences in proportions and body style, which has a very long sideline in the car that is coming, the engine is a good reason for the change.

The new 1.5-aspirated engine is all aluminum, which has helped to reduce weight, and features i-VTEC and VTC technologies. Putting it into practice, the new engine is more efficient, as it has direct fuel injection and variable double valve timing in the intake and exhaust. The new 1.5 16V engine has 10 more horsepower (126 hp with gasoline or ethanol at 6,200 rpm). The Fit delivers just 115 hp with gasoline and 116 hp with ethanol at 6,000 rpm.

Torque has also improved slightly and is now 152 Nm with gasoline and 155 Nm with ethanol, both at 4,600 rpm (200 revolutions less than the previous maximum delivery). The 7-speed CVT gearbox with torque converter is the same, but Honda guarantees that it was “smarter” when accelerating and in descent conditions with braking.

Although it is 73 kg heavier in the EXL version, the City Hatchback’s weight/power ratio is slightly better than the Fit’s (9.3 kg/hp against 9.5). The weight/torque ratio is a little worse (7.6 kg/Nm against 7.4). Still, City Hatchback is smarter in acceleration, with an important gain of 7 tenths in the race from 0 to 100 km/h – it does in 11.3 seconds, against 12 “hard” of the Fit. Let’s wait for the car’s evaluation to feel the speed resumptions. The City Hatchback maximum is also a little better: 175 against 172 km/h.

The City Hatchback is also 8% cheaper in the city (average gasoline/ethanol) and 5% more economical on the road (also average). Inmetro measured 13.3 km/l in the city and 14.8 km/l on the road (both with gasoline). With that, the gas tank can be reduced from 45 to 39 liters. Of course, a turbo engine would make the car even more efficient, but Honda bets its chips on hybrid models to improve its average energy efficiency.

Overall, the Honda City Hatchback seems to have been an interesting bet for Honda. The car is beautiful and has the potential to win over young consumers (in age or spirit) that the Japanese brand aims for this third decade of the 21st century in the Brazilian market. Thus, with the dignified retirement of the Fit, Honda abandons the minivan segment and enters the hatchback war, where it will face off against the Toyota Yaris Hatch. But this is another story, for the near future.

The Honda Fit sold just 6,318 units in 2021 (through October). Without much effort, the Toyota Yaris Hatchback sold 18,303 in the most disputed category. The Honda City Hatchback will be marketed in just two versions: EXL and Touring. Prices will only be announced in January. The Honda Fit is being sold in just two versions (there were five): EX for R$96,400 and EXL for R$102,000.

Born in 1992, Yadunandan approaches the world of video games thanks to two sacred monsters like Diablo and above all Sonic, strictly in the Sega Saturn version. Ranging between consoles and PCs, he is particularly fond of platform titles and RPGs, not disdaining all other genres and moving in the constant search for the perfect balance between narration and interactivity.
Previous Woman in a coma by Covid wakes up on the day her braces would be turned off
Next Today’s horoscope: November 20, 2021; check the forecasts