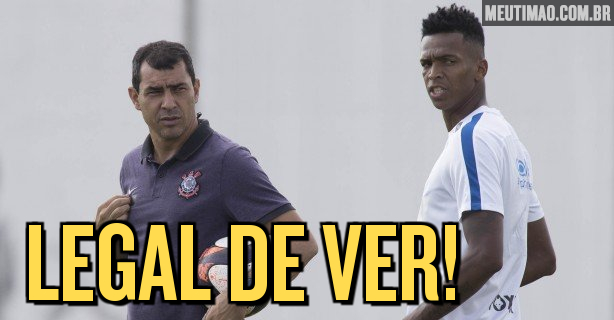 This Friday afternoon, Jô gave a virtual press conference at CT Joaquim Grava. In the chat with the press, the striker acknowledged that he is having a good time wearing the Corinthians shirt at the end of the season.

“I see myself in a good moment, once again helping my team in the best way. The numbers are good, due to the series of things that happened during the season, which were intertwined. Physical wear and tear happens, especially when there are Wednesday games and Sunday, but we have wonderful professionals who take care of these aspects. We are careful to avoid accumulation of injuries, fatigue,” he began.

There is wear and tear at the end of the season, but we are fighting for the G4, so let’s fight a lot, give it our all. I’ve had ups and downs this season, I wish I had fewer problems, but it’s inevitable. I feel confident and calm to help Corinthians in the next games”, concluded Jô.

The striker also spoke about his reunion with Fábio Carille. In 2017, in his best season, Jô was the club’s top scorer and won the titles of Brasileirão and Paulistão. The shirt 77

“It’s going to be a good date. It’s a pleasure to meet Carille again, who helped me on my arrival in 2016 and 2017. I’m going to give him a tight hug. The gratitude we always have to have, the trust he placed and he became one of the best years of my career,” said the striker.

After the defeat by Flamengo on Wednesday, Jô planned the confrontation with Santos, which will take place next Sunday, at 4 pm, inside the Neo Química Arena. The forward wants the victory to see Corinthians in fourth place in the Brasileirão.

“Without a doubt, a defeat that hurt, the way it was. Taking a last-minute goal, where we played on equal terms, they had the home factor and put a little more pressure on us. It really hurt. But football is good because the round The next one already gives you the opportunity to recover. We have to pick up the pieces and look at the derby. The period is short, but we have players who have gone through several situations and we are going to structure ourselves to seek victory, which places us in fourth place in the championship,” commented Jô, sincerely.