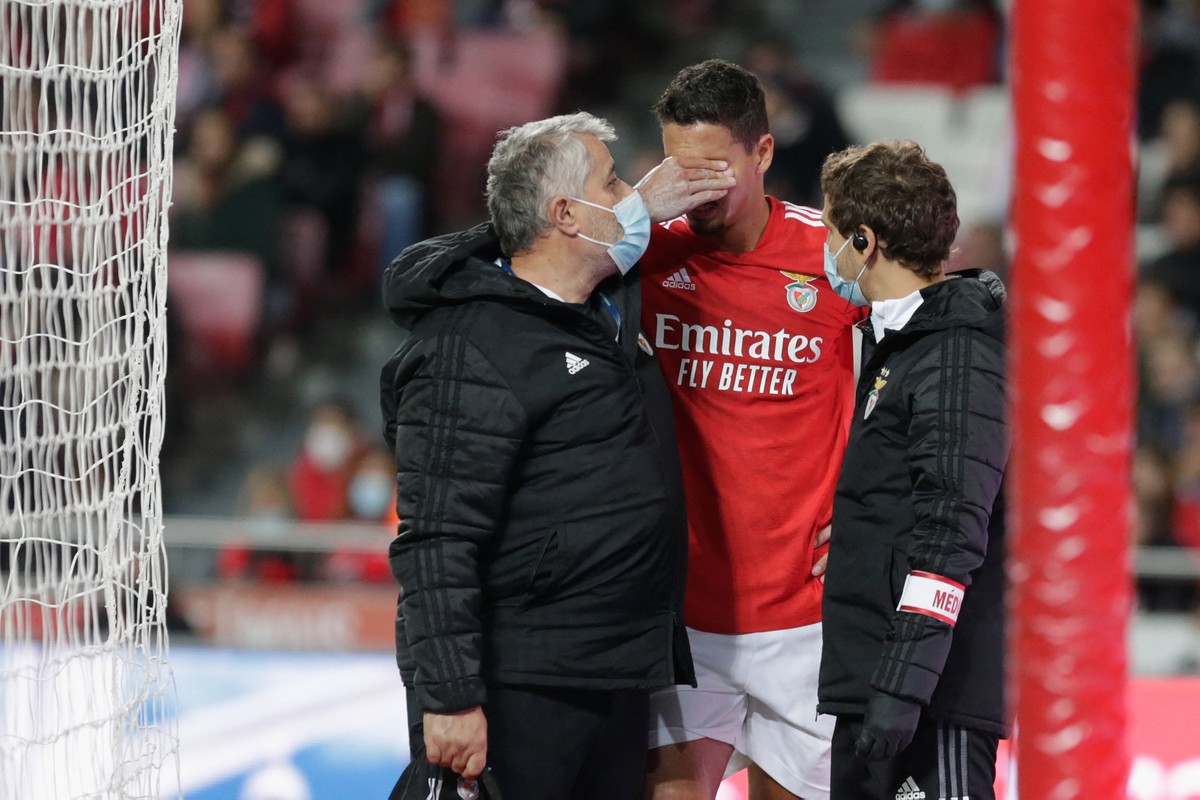 Defender Lucas Veríssimo, from Benfica, underwent surgery on his right knee, this Friday, in Barcelona, ​​Spain. According to the Portuguese club, the procedure was performed successfully, and the Brazilian must be discharged from hospital within 48 hours.

The surgery was performed by the Catalan physician Dr. Juan Carlos Monllau, a reference in the area and who performed operations on players such as Puyol, Suárez, Philippe Coutinho and Braithwaite. Benfica’s doctor, Ricardo Antunes, followed the procedure.

Lucas, 26, was injured in the 6-1 rout by Benfica over Braga, on the 7th of this month, when trying to catch a shot from striker Galeno. His right foot got stuck on the lawn, and he sprained his knee that caused ligaments to tear. He no longer plays this season and, according to the most optimistic forecast, will return to play in August of next year.

The former Santos defender received support from Tite technician, of the Brazilian team. Lucas had been Brazil’s starter in the 2-0 wins against Peru on 9 September and 4-1 against Uruguay on 14 October.

He gained confidence from the team’s technical committee to be fourth on the list for the position, alongside Marquinhos, Thiago Silva and Éder Militão. Now, Veríssimo should only return to play a few months before the World Cup in Qatar, which starts on November 21, 2022.