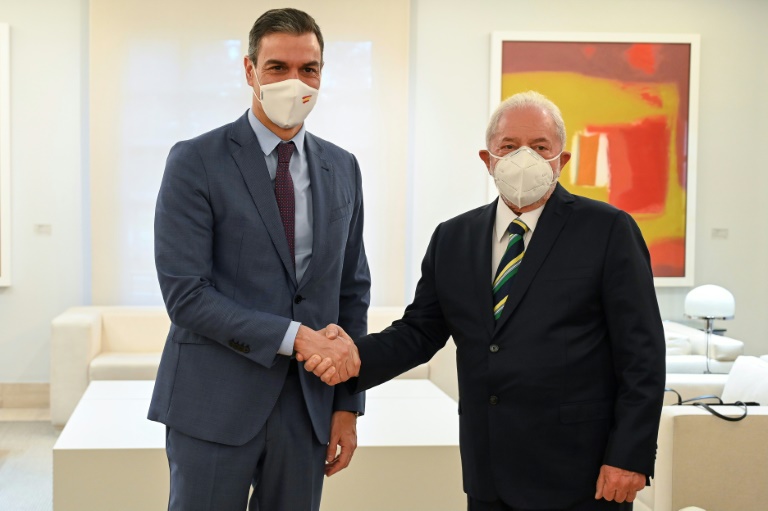 SAO PAULO, NOV 20 (ANSA) – In his farewell to the European tour, former president Luiz Inácio Lula da Silva participated this Saturday morning (20) in Madrid, Spain, in an event with progressive leaders and defended equality of human rights and the fight for the environment.

The act “Building the future: challenges and popular alliances” was organized by the Spanish progressive party, Podemos, and brought together representatives of left-wing parties, trade union organizations and European politicians.

During his speech, the PT member emphasized that he wants to return [a ser presidente] because he is “convinced” that “it can recover Brazil”. “And I know I can’t do less than what I’ve already done. And this is the challenge I have”, he added.

Lula explained that it is necessary to put basic human rights on the agenda and fight for equality, because “the hungry often lack strength, and it is our duty to reach out to them.”

In addition, he emphasized that “the environmental issue cannot be just an academic topic, nor a concern only for the left. It has to be a concern of the people of planet Earth”.

According to Lula, “there is a fight for us to do”, because the “far right is challenging us” and it is necessary to analyze their speech. “How could Trump, Bolsonaro, two extreme right-wing candidates in France have emerged? We have to reflect on this and understand where we went wrong in our speech too”, he questioned.

Leader in the 2022 polls, Lula has been in Europe since November 11 and had a head of state agenda on his tour of the continent, which included Germany, Belgium, France and Spain.

The former Brazilian president met with German vice-chancellor and finance minister, Olaf Scholz, also winner of this year’s legislative elections and probable successor to Angela Merkel; with the President of France, Emmanuel Macron; and with Spanish Prime Minister Pedro Sánchez.

“This trip I took in Europe was an attempt to prove to the Brazilian people that the world likes Brazil. I have no words to thank everyone who received me so well. But it is not Lula that is important, it is Brazil that is needed by the world”, wrote the PT member on Twitter. (ANSA)