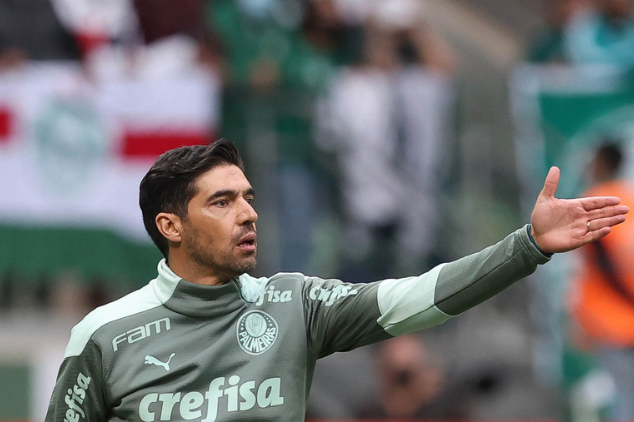 With no ambitious aspirations in the Brasileirão other than to remain firm in the G4, Palmeiras has two commitments in the event before the most important game of the 2021 season against Flamengo, scheduled for the 27th, in Montevideo, earning the Libertadores title. This Saturday (20), Abel Ferreira’s team faces Fortaleza, at Arena Castelão, seeking rehabilitation and regaining confidence after the defeat by arch-rivals São Paulo, at home.

According to journalist Danilo Lavieri, the Portuguese coach and his coaching staff have already defined the planning on the eve of the Libertadores final, and should climb full strength against Leão do Pici soon at 19:00 (GMT), a different scenario from the one adopted against o São Paulo, this midweek. However, the columnist for UOL Esporte points out that Abel should not hand over 100% of his team, which will measure forces against Flamengo.

The Palmeiras commander set this game against Fortaleza as the last rehearsal because he will have the return of Piquerez and Gustavo Gómez, who were serving their respective selections in the qualifiers, but can make adaptations in the middle of the team, aiming at the decision by the Libertadores.

Lavieri mentions that one of the alternatives is to “populate” the midfield, pulling out Scarpa and triggering yet another defensive midfielder, which could be Danilo. Another possibility is to put Felipe Melo to act as the third defender, giving more solidity in defense and freedom for the experienced athlete to support in attacking plays.

On the right flank, Mayke, fully recovered from an injury problem, should be chosen to start against Fortaleza, as he needs the game pace to take on the title role at Libertadores.

Changes in Brasileirão, resignation of narrator at Globo, departure of Douglas Costa, Neymar and more: the latest in football