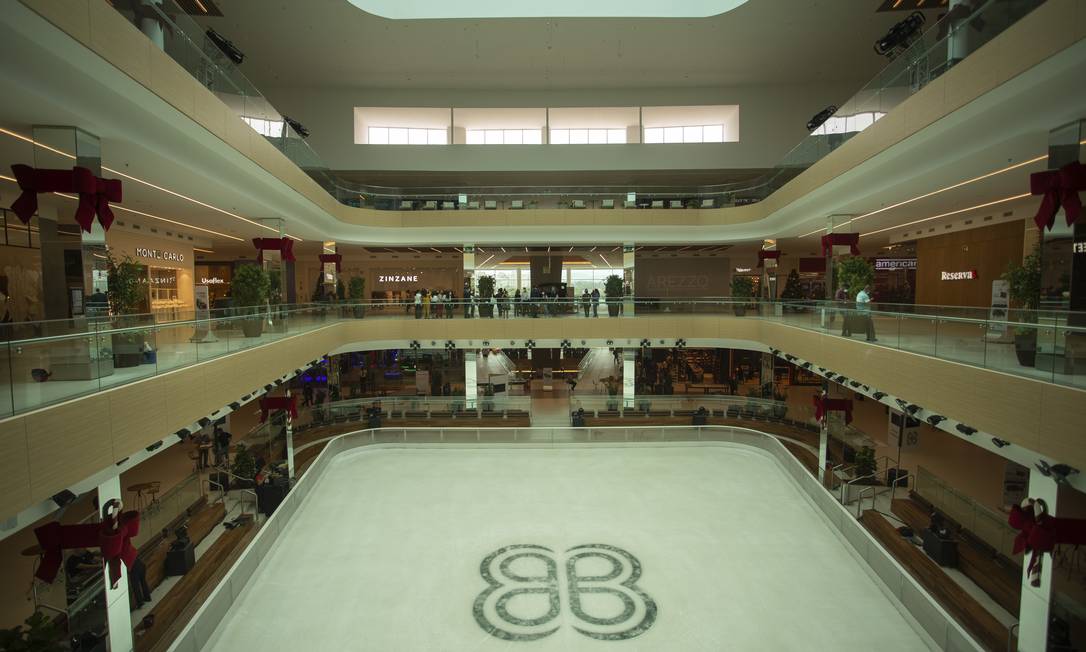 RIO – ParkJacarepaguá is now opening its doors to the public in the West Zone of Rio. A R$ 1 billion project, Multiplan’s 20th shopping mall in the country is the first large-scale to go into operation this year — among just five new ventures , from an initial forecast of 13 openings for 2021, according to data from Abrasce, an association that represents the sector.

Faster: Americanas will reinforce deliveries in up to 30 minutes and open new distribution centers

The new Rio shopping center arrives just in time for Black Friday and Christmas, two of the biggest retail dates of the year, and has already adapted to the changing consumer profile, following trends that advanced during the pandemic. It meets the customers’ desire to have, for example, a more open space, with more green areas and natural lighting.

— The project brings to the region, with around 700 thousand inhabitants, a legacy of development, employment generation and renovation of urban areas, which are Multiplan’s concerns in all the projects we carry out. We didn’t even stop during the pandemic so that we could deliver this endeavor. We continue to believe in Rio de Janeiro — said José Isaac Peres, founder and president of the company.


With the prospect of generating eight thousand jobs, between direct and indirect, ParkJacarepaguá starts its activities with 95% of its almost 40 thousand square meters of gross area already leased. In all, there will be 235 stores.

But there is also a convention center and leisure facilities and services, such as an ice skating area, a movie theater complex, a gym, a supermarket, bars and restaurants.

Future: What will the malls of the future be like? Only ‘delivery’ companies and new outdoor services

There will also be two outdoor parks, one with space for pets and a square for events with an amphitheater and a big screen. The other, for children, opens in 2022. In all, the land has 110 thousand square meters.

The shopping mall sector registered a 33% drop in sales in 2020, the first year of the pandemic, falling to R$ 128.8 billion. The retraction was due to the months of closure, due to measures of social distancing to contain the spread of Covid-19, and the retraction of consumption by families.

This year, with the resumption of activities, Abrasce estimates that this result will advance 61% over 2020, surpassing R$ 200 billion. In 2019, there were BRL 192 billion.

Peres says that, in October, the result in rental and sales revenue in Multiplan’s malls already surpassed that of the same period in 2019, before the pandemic. He assesses that consumption “is coming back strong”.

The sector as a whole, however, is gradually recovering. Brazil currently has 601 malls. The forecast, earlier this year, was that another 13 would be inaugurated in the country. In practice, there were five. Three small ones in Moreno (PE), Umuarama (PR) and Sinop (MT) and two large ones.

Freight Shot:Retailers improvise to stock shelves in time for Christmas

One is ParkJacarepaguá, the other is ParkShoping Boulevard, which opens in Curitiba in early December.

The other eight projects were postponed to 2022, five of which will be inaugurated in the first half of the year, according to Abrasce.

As a result, 2021 had the lowest level of mall openings in over ten years, says Peres. When questioned, Abrasce did not comment on this data.

The businessman emphasizes that ParkJacarepaguá will help not only in generating employment and income, but also boosting the region’s development. There was, for example, R$ 50 million in investment in road improvements around the mall, which could increase the value of properties in the area:


— The construction will awaken a region that has been forgotten over the years, generating new energy capable of revitalizing the entire area. An apartment here in the surroundings, which was valued at R$200,000, is now priced at R$400,000, as it has a view of the mall.

Work was carried out close to the local authorities, which also allowed for investment in two public schools and two health posts.

— We believe that the private sector should contribute to the government to improve the quality of life and the well-being of society — added the institutional vice-president of Multiplan, Vander Giordano.

Peres defines the new project as a combination of BarraShopping, with a more democratic profile, with the Village Mall, aimed at the class A public, both in Barra da Tijuca, also in the West Zone.

There is an emphasis on energy. Parking for more than two thousand vehicles includes an area for charging electric cars. The project also has a solar energy generation unit, capable of supplying 15% of the mall’s electricity needs, which helps to reduce the cost for tenants.

“There were two thousand trees planted. We also invest in a high-efficiency air conditioning system, use high-performance glass and build antechambers in all entrances, preventing loss of air conditioning and providing 20% ​​savings in electricity consumption — said Barnes.

Among the so-called anchor stores at the mall are Magazine Luiza, Renner and Riachuelo, in addition to Pernambucanas, which invests R$4.5 million in a megastore.