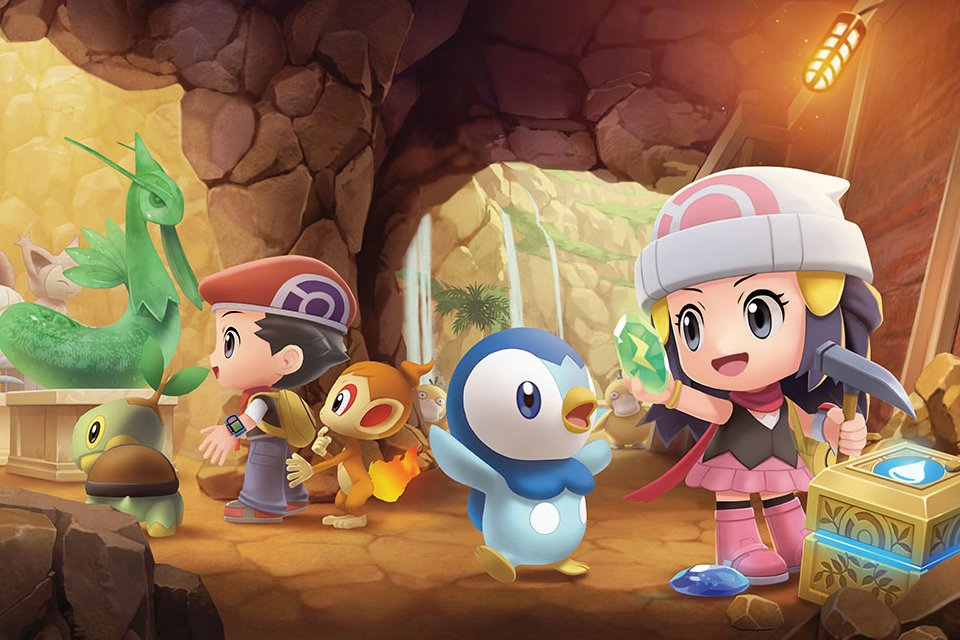 When they were originally released for Nintendo DS in 2006, Pokemon Diamond and Pokemon Pearl made the initial little monster’s dilemma even more difficult. After all, if players didn’t start their adventures with the friendly Chimchar, there was only Ponyta as another fire-type option throughout the rest of the game.

Today (19), with the release of remakes Brilliant Diamond Pokémon and Pokemon Shining Pearl, the Pokémon Company found a way to “fix” the problem of scarcity of fire-type monsters. Now it is possible to explore a new underground area, where players can capture pocket monsters of many different elemental types.

In this new area, called Underground, players can not only enjoy the dowsing mini-game, but it is also possible. visit biomes where different Pokémon that are not part of Sinnoh’s Pokédex can be found.

Fire monsters can be found in the Underground’s volcanic biomeSource: The Pokémon Company

For example, a cave biome will have many more rock-type Pokémon, while an aquatic area will be mostly inhabited by little water-type monsters. And that’s when the producer found the solution to the lack of fire bugs.

By locating the “volcanic” biome, players can find little monsters like Charmander and Magby, for example. To try to capture them, players must hunt them down in the orange Underground area.

So, with this “solution”, players can take some of the pressure off and quietly choose Piplup or Turtwig as their first companions on the Sinnoh continent adventure.