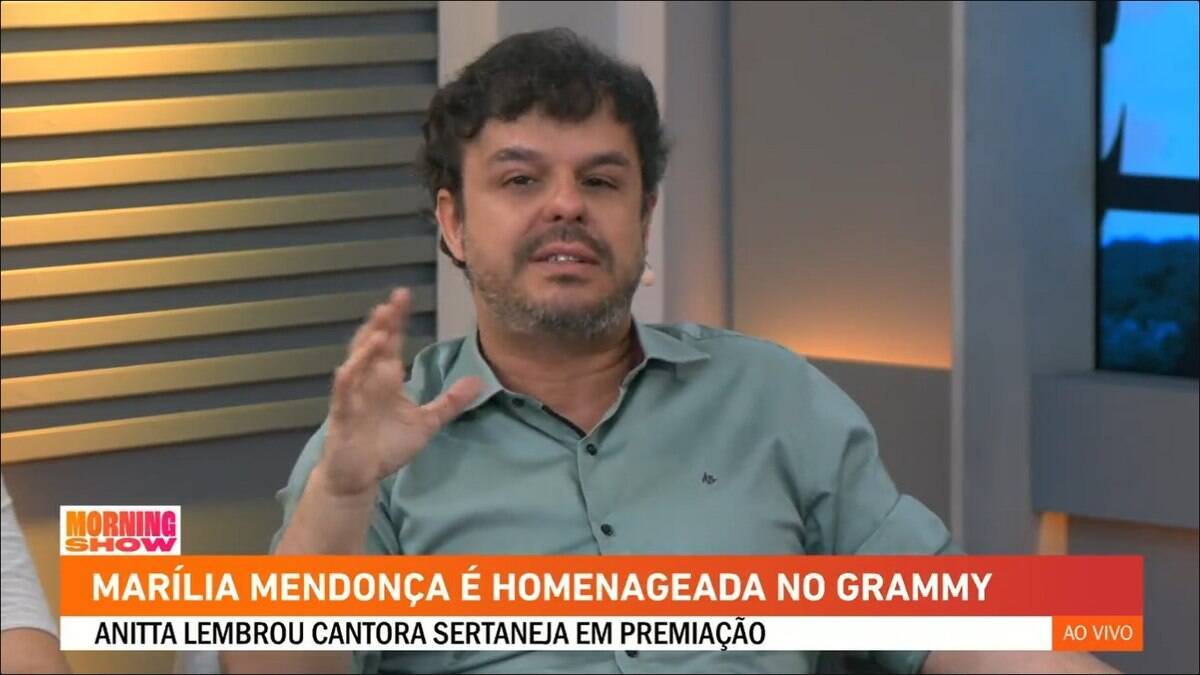 Presenter and commentator on Morning Show, a program on Jovem Pan News, Adrilles Jorge made a series of criticisms of the work of Marília Mendonça (1995-2021), disguised as praise, when analyzing the tribute that Anitta paid to the country singer at the Latin Grammy. This Friday (19), the ex-BBB said that the artist was not a great singer and that her work was not great art either.

Adrilles’ speech follows a sensitive path: he tried to talk about the importance of Marília as a popular artist, but he treated the countrywoman’s work as something little erudite, which made him classify the singer’s work as a cliché and far from being a “great art”.

“They are very popular, very pop singers. They are not necessarily great artists or great singers. One speaks of sexual, affective play, as if it were an amusement park. The other, our dear Marília Mendonça, spoke and blamed for the pain of love, for the resentments, for the sorrows, put guilty a little cliché, but very attached to the population they like”, said the ex-BBB.

Adrilles’ speeches also took on a heavier tone as he briefly analyzed the career of Anitta, who performed on the awards stage.

“The population likes to be numb. This is not a great art, but it is a great thing that speaks to people’s souls. Saying that life is a great park of unbridled sexuality is good for people to find and delude themselves, also to find that there are culprits for their love pains, absolute and objective culprits,” he continued.

Watch the moment when Adrilles Jorge says that Marília Mendonça was not a great singer:

The Grammy Latino 2021 announced its winners this Thursday night (18th) and Marília Mendonça, victim of a plane accident two weeks ago, did not win the posthumous award. However, she was honored during the event. Bench comments. pic.twitter.com/PhD39nr2hP