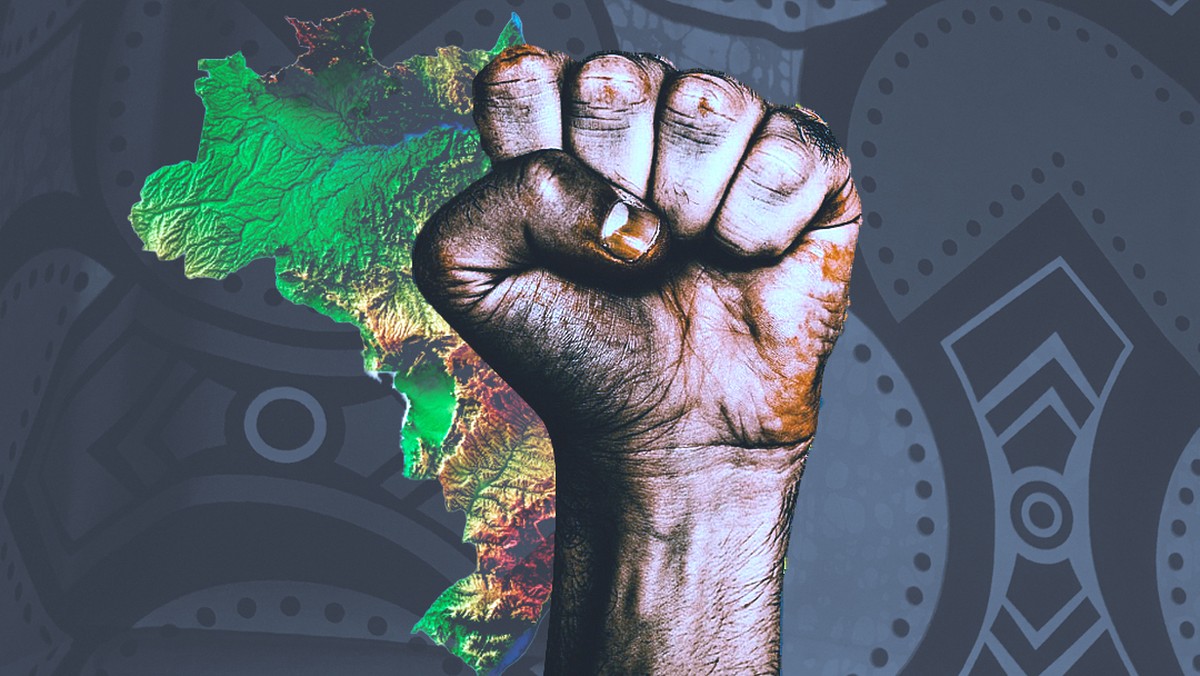 Seven clubs from the Serie A of Brasileirão included specific clauses in the contract that provide for punishments, such as fines and suspensions, and even dismissal, if employees or players commit acts of racism. The measure aims to contain racist attitudes, but it is also a way for teams to legally protect themselves in situations of discrimination.

In the survey, the ge questioned the 20 Serie A clubs about the existence of the clauses. Between them, Bahia, Bragantino, Ceará, Corinthians, Cuiabá, Internacional and Palmeiras they claimed to have specific provisions in the contract against racism, and other forms of discrimination, such as xenophobia and homophobia.

Seven of the 20 teams in Serie A have some kind of “anti-racist” clause — Photo: Infoesporte

Teams such as Flamengo, Fluminense, Grêmio, Juventude and Santos claimed to have clauses that provide for punishment for attitudes that disrespect their codes of conduct, but without specifying acts of discrimination. Atlético-GO claimed to have no clauses in this regard. Atlético-MG said it would not be able to participate in the report. América-MG, Athletico-PR, Chapecoense, Fortaleza, Sport and São Paulo did not respond to the questions sent.

For the creator and executive director of the Observatório da Discriminação Racial, Marcelo Carvalho, the implementation of the clause is effective against racism, as long as it is complied with by the clubs, in the event of acts of discrimination.

– Having the clause is very important, if clubs have it, maybe we will have a change in behavior. Not the person’s behavior. Because the person, knowing the clause or not, will commit the racist act, but then the club will be able to turn it off – Carvalho said.

– I know of several clubs that have a forecast for the guy to do something that damages his image, but there are few cases that we see something happen. As I said, it is very important that this is in the contracts and that the club enforces it.

Gerson, from Flamengo, accused Ramírez, from Bahia, of having committed an act of racial injury in a team game — Photo: reproduction/video

Bahia was one of the first clubs to publicize the inclusion of the anti-racist clause in their contracts. It provides for a fine or dismissal for just cause. The measure was taken shortly after a player from its squad, Indio Ramirez, was accused by Gerson, formerly of Flamengo, of racial insult, during a match in the 2020 Brasileirão. reinstated the player considering that there were no elements to prove the offenses.

According to the vice president of Bahia, Vitor Ferraz, the contracts made by the club contained broader rules, but the case between Gerson and Ramirez created a warning.

– Called our attention to implementing a clause providing for the possibility of stricter punishment of any employee, including athletes, in case of adopting prejudiced actions. Be it racial prejudice, sexual orientation, or religious. This is totally in line with what Bahia believes – explained Ferraz.

Internacional is also among the forerunners of the measure. Since March, the club has adopted, in contract, fines and even dismissal of those who commit prejudiced actions. Rule that extends to club suppliers.

All clubs heard by the report stated that they had taken some kind of action against discrimination, such as holding lectures, launching uniforms with awareness messages, educational campaigns and even partnerships with entities that fight prejudice.

For Marcelo Carvalho, however, football institutions still need to expand these measures. Above all, deepen the level of information on racism and other types of prejudice within its frameworks.

– For example, if a player offends the other with “bee curl” (referring to black hair) as we saw in Celsinho’s case, does he understand that it’s racism? Will justice understand it as racism? Because otherwise it’s like “no, I didn’t commit a racist act, it was a joke”. Effective is for the club to take courses on racism within its premises, and to involve players, fans, advisors, members, organized. Then we start the broader debate – concluded.